Why TN tops in healthcare yet many here doubt vaccines

The average adult population of Tamil Nadu derived from Census data puts it at 5 crore. Cowin dashboard states 4.64 crore as vaccinated with single dose while 2.68 as fully vaccinated. The state has crossed the halfway mark of fully vaccinating the people.

After the recent scare of mutant Omicron, experts warned the state with increased hesitancy after the second wave could act as a breeding ground for possible mutants, perhaps, more dangerous ones. 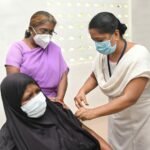 Some of the vaccine deniers we spoke to say the sudden demise of comedian Vivek was a triggering point. Vivek, a staunch vaccine supporter, died of heart attack a day after taking his first dose of the Covid19 vaccine in April this year. Villain actor Mansoor Ali Khan made a controversial statement on the vaccine as a cause of the comedian’s death. He had to face legal action for his statement. Nearly six months later, the government officially clarified to the people that Vivek’s death was not related to vaccine. Instead of helping, the delay triggered more suspicion.

Ashok (name changed), a staunch vaccine denier, says the way the government promoted vaccines caused many doubts among the common people. “Even elderly people, not abreast with vaccine debate, asked why they are forced to take vaccines when they are healthy?” he said.

Ashok says the common doubt is the duration of vaccine development. Many started asking how it is possible to develop a vaccine in a short period of time.

Jayaseelan of Tamil Nadu Reform Movement says the entire COVID19 episode appears suspicious. “The attitude of government officials is very suspicious. The state and central governments keep parroting that no one will be forced to take the vaccine. But the local authorities are enforcing it. We ask them for the government orders on vaccine mandate and our officials have none to produce,” he said.

His YouTube channel is followed by 6,300 followers. In it, Jayaseelan asks pointed, blunt questions to government officials. His videos have sizable viewership as well. He claimed that he was arrested for hosting a press meet to shoot questions on vaccines.

“Tamil Nadu Reform Movement is not against vaccines. But we demand answers to why the government is so adamant about the vaccine mandate. Why are the bodies of Covid19 victims not subjected to postmortem? Why did the central government take so many months to rule out the vaccine behind the death of actor Vivek? What are the governments and officials hushing up?” he asked.

Researchers cite Consecutive National Family Health Surveys which show a declining trend of vaccine coverage in Tamil Nadu despite a high performance in all other healthcare indicators.

The research article said overall vaccine hesitancy in Tamil Nadu towards routine childhood vaccines had been growing even before the pandemic. ‘There were several instances of hesitancy related to the Measles-Rubella vaccine when it was introduced in campaign mode in the state in 2016’ says the research paper. The researchers cite Consecutive National Family Health Surveys which show a declining trend of vaccine coverage in Tamil Nadu despite a high performance in other healthcare indicators.

Senior scientist at the department of science and technology, T V Venkateswaran attributes this vaccine hesitancy and denial in Tamil Nadu to the problem of affluence. Tamil Nadu is not witnessing the problems the previous generations suffered. The state has progressed in various social indicators. “At this stage, we tend to forget the path or struggles we have crossed to reach this stage. It is a kind of rejection towards the past problems we suffered as a society,” he said.

The youngsters who are against the vaccines would not have seen their mates who survived smallpox. It was a deadly disease taking away lives. The survivors suffered disfiguring scars. Smallpox has been eradicated with vaccines and we don’t see its destruction anymore, he said. 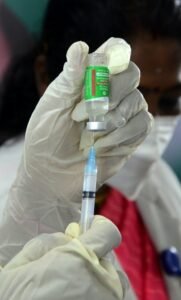 The thrust on local medicine, superstitions and glorifying local culture are all there in other states also to an extent but the vaccine hesitancy or denial in Tamil Nadu appears more likely due to the failure of government and health authorities in reaching out to  communities, says D Raghunandan from All India People Science Network. Such hesitancy prevailed across the country but the pandemic’s effect during the second wave terrified people. They rushed to vaccine centres after seeing the people dying. Tamil Nadu state government and vaccine authorities should have aggressively sensitized people on the benefits of vaccines, he ruled.

Meanwhile, the Covaxin debacle backfired badly for the government, Raghunandan said. The way the government promoted it aggressively and the backlash the vaccine faced from the international community and World Health Organization caused a lot of doubts among the masses, he said. “Across the world, the vaccines were given only emergency use authorization. But the inordinate delay in submitting clinical data and peer review did more damage to the locally developed vaccine. The government is making the same mistake with another vaccine by Zydus Cadila,” he said.

Raghunandan also said the failure to record Covid19 as the cause of death created a lot of confusion. Health officials ended up mentioning the effects of Covid19 like multi-organ failure and lung failure as the cause of deaths. Thus, the government is not having the correct death toll for Covid19. It is important that the government maintains transparency to ward off the doubts and fears around Covid19 and the vaccines, he added