The Kallakurichi suicide of Srimathi has been followed by many other suicides elsewhere too. Psychologists warn that such sensational coverage of suicide by the media may well trigger copycat actions by other troubled people.

“Sensationally portraying a suicide has been seen to lead to a 15% increase in suicides in people who identify with the situation of the victim,” said Dr Lakshmi Vijayakumar, founder of Sneha, India’s premier suicide prevention centre. In an interview with innmathi.com, she added that “even the method of committing suicide is the same in such situations.”

An editorial written by the physician in the Indian Journal of Psychiatry called “Media Matters in suicide-Indian guidelines on suicide reporting” gives a brief about the various guidelines that the media ought to follow when reporting about suicides.

Media reporting can either prove to be the trigger or the soothing factor that helps someone cope with their suicidal thoughts. This is where the importance of responsible media reporting becomes crucial, she adds.

Kallakurichi case: A region that chases scores but at what cost?

On the 18th of July, five days after Srimathi’s suicide, a Class 12 girl from Mecheri in Salem district attempted suicide by jumping off the 3rd floor of a government higher secondary school. The girl suffered multiple bone fractures.

Copycat suicides are an attempt to imitate a suicide that has been publicised widely.  If a celebrity or politician commits suicide, there is a 14.3% higher chance of it having a copycat suicide effect, according to the journal article by Dr Vijayakumar. This is also known as the Wherther effect.

“Sensationally portraying a suicide has been seen to lead to a 15% increase in suicides in people who identify with the situation of the victim,” said Dr Lakshmi Vijayakumar, founder of Sneha, India’s premier suicide prevention centre. 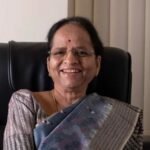 Dr Vijayakumar told inmathi.com that many organizations, including the WHO and the Press Council of India, have come up with guidelines for the media on how to write about suicides. “These guidelines talk about not putting suicide news as headlines, not sensationalizing the incident and not reporting the method of suicide in detail”, said Dr Vijayakumar. She added that even though these guidelines exist, adherence is hard to come by.

Dr Vijayakumar, who has been involved in the guideline writing process with the WHO, also told us that “a lot of countries don’t even have these guidelines like India does, but the question still is on how these guidelines need to be implemented”.

The media can have a positive role too. This is where the Papageno effect comes into play.

A document by the National Suicide Prevention Lifeline, US, talks about the responsible reporting of suicides as a part of the Papageno effect.

The media can counter news about suicides by presenting non-suicidal alternatives during a crisis. Positive coping details like suggesting calling suicide prevention helplines, or confiding in a friend, added during reporting suicides, act as a protective barrier for people having suicidal thoughts.