The family of Srimathi, the 17-year-old girl who committed suicide in Kallakurichi, is among those who refuse to accept bodies of their kin who die under mysterious circumstances. Srimath’s suicide has been much in the news now, from the suspicious circumstances of her death, the mob violence that happened and the parents’ refusal to accept the body.

The parents had moved the Madras High Court saying that they suspect that errors had occurred during the investigation of the post-mortem of the body. The re-post-mortem was performed by doctors from three different institutions.

However, after the Supreme Court’s order, now the family has agreed to accept the body today.

On 22nd April 2021, a 27-year-old Dalit youth, Muthu Mano, was killed inside a remand prisoner’s cell in the Palayamkottai Central Prison. Muthu Mano’s father, Paavanasam, moved the High Court and sought a CB-CID probe. He also refused to receive Muthu’s body from the hospital.

Kallakurichi: A tenuous relationship between school and locals

A second petition was also filed by Paavanasam in the HC, asking for a judicial enquiry by a sitting judge, compensation and to also include the prison official as accused in the murder of his son. Only after an ultimatum by the court did Paavanasam accept his son’s body, that after 71 whole days. 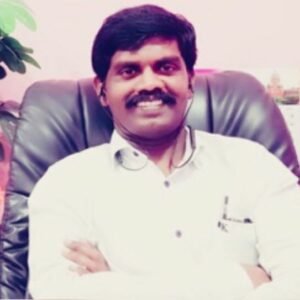 The case of mysterious deaths and refusal to accept the bodies by family does not stop there. Ramkumar, who was arrested on July 1st, 2016 for the murder of S Swathi, an Infosys employee, allegedly committed suicide by biting a live electric wire at the Puzhal central prison in Chennai.

Ramkumar’s father, Paramsivam moved the Madras High Court, accusing that his son was murdered and refusing to accept the body till a proper investigation was carried out.

“In any death that has occurred under mysterious circumstances the family refuses to accept the body unless certain conditions put forth by them are fulfilled,” Adv Mario Johnson said.

What is the reason behind the non-acceptance of bodies by kin?

Advocate Mario Johnson, who dealt with the Muthu Mano case personally, told Inmathi.com that refusing to accept the body is the family’s way of protesting the death of the family member. “In any death that has occurred under mysterious circumstances the family refuses to accept the body unless certain conditions put forth by them are fulfilled,” Johnson said. He added, “In the case of Kallakurichi, the parents wanted a re-post-mortem and in the case of Muthu Mano, the parents wanted to make sure that the police officers, who had put Muthu in the cell, were added to the list of accused”.

“For the poor, powerless and for the people who are hardly heard, non-acceptance of the body of their family members is their way to convey their dissatisfaction with how the investigation into the death has been carried out. That is the only thing they can do to be heard.”