Why lockdowns fail to deliver

At the end of nearly two years of the COVID-19 pandemic, the World Health Organization (WHO) emphasises a simple safety protocol against the virus: avoid close contact with people at a conversational distance, keep off poorly ventilated, crowded indoor spaces, and do not touch your face after touching surfaces that might be contaminated. The importance of wearing a proper mask, preferably one of the N95, FFP2, KN95 or KF94 standard or at least a double mask of three-ply surgical variety with a cloth mask over it is being emphasised by public health professionals. This remains the best defence, along with full vaccination.

Global cases spurred by Omicron shot up 71% by January 2, 2022 over the week beginning December 27, 2021 compared to the previous one (9.5 million new cases, WHO). Governments have scrambled with some of their old tools to arrest the rapid spread of positive cases in economies that had largely opened at the end of last year. New Year revelry plans melted into bitter disappointment.

It is an open secret that COVID-19 safety protocols were observed more in the breach in Tamil Nadu in the run-up to the Omicron variant’s arrival. Life was back to near normal, with crowds thronging hotels, bars, shopping and entertainment venues, and pandemic-weary people were convinced that the worst was over. A number of MTC conductors and drivers were seen maskless and confident. You could not ask some autorickshaw drivers to wear a mask, because they thought you were paranoid.

It is an open secret that COVID-19 safety protocols were observed more in the breach in Tamil Nadu in the run-up to the Omicron variant’s arrival.

All that changed, as the mutant virus galloped on, and in spite of people viewing Omicron as a milder variant, all roads once again led to curbs: night curfew, early shutters for some shops and eateries, restrictions on numbers gathering at public venues and a full Sunday lockdown on January 9.

The debate now is on whether a lockdown, or a night curfew, serves a useful purpose at all. On January 4, the WHO’s Chief Scientist, Soumya Swaminathan, who has been closely monitoring Tamil Nadu’s course, made it clear that Omicron was not to be trifled with. It was not the common cold and health systems could get overwhelmed. It was important to have systems to test, advise and monitor large numbers of patients as the surge could be sudden and huge, she said on Twitter, endorsing her colleague Maria van Kherkhove. Dr. Swaminathan was quoted by The Hindu later as having said that a lockdown was not necessary, as the world now had a better understanding of the virus compared to two years ago.

Yet, thousands in Tamil Nadu have been sceptical of COVID-19 from the beginning. Vaccine hesitancy, denialism, obscurantism, belligerent refusal to adopt masking and distancing protocols in public persist. A reality check has come in the form of Omicron. The downward trend of cases (8,340 active cases in the State as of Jan 1, 2022, which has registered a total of 2.74 million virus cases and 36,784 deaths) was upended by the variant.

But then the dilemma is about lockdowns. What do they achieve? The Central and State governments have been careful to keep some restrictions in place throughout the pandemic, to avoid giving the impression that the crisis is over, emphasising vaccination certificates for travel.

After severe disruptions to school and college education, the priority now is to make it possible to resume studies on campus. On the other hand, politicians are talking less about giving doles to small businesses and entrepreneurs. Public patience has frayed.

The State government kept up the pressure on the eve of New Year by declaring beaches off-limits and extending curbs on social, political and cultural events that are bound to attract big crowds for Pongal. Tighter curbs followed in the first week of 2022, as cases continued to mount in January, although the full Sunday lockdown made an exception for weddings already arranged, and for essential travel. The closure was declared a full and peaceful ‘success’ by the media. 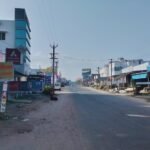 Clearly, a complete shutdown enforced using the Police is not a finely calibrated strategy.  The evidence from the first wave in 2020 was that it served to keep severe disease, hospitalisations and deaths down at a time when little was known about SARS-CoV-2. The major short-term benefit from a lockdown is for healthcare professionals as they can prepare for an influx of hospitalisation cases, something that holds true for Omicron too.

The Indian Medical Association says about 120 doctors lost their lives in the first and second waves in Tamil Nadu, 67 in the first one, besides numerous other nurses and health workers.  The arrival of the vaccine in end-2020 helped ease the trauma of health care workers, but the Delta variant’s surge in 2021 shook the country.

The truth is that a lockdown imposed without financial arrangements for the affected families leads to hidden casualties, in spite of the fact that a better-run Public Distribution System has helped many with food access. There is some new evidence to indicate that suicides in Tamil Nadu, which were at a high after the financial crisis of 2008-09, declined sharply in the next decade, until COVID-19 arrived and impoverished many.

Clearly, a complete shutdown enforced using the Police is not a finely calibrated strategy.  The evidence from the first wave in 2020 was that it served to keep severe disease, hospitalisations and deaths down at a time when little was known about SARS-CoV-2.

Money lenders have snared many in debt, often using mobile phone apps, promising to take over their loans at usurious interest rates. “Swipe your credit card and get cash,” say notices all over. There is no way to repay without adequately paying jobs. There must be a better way, especially in meeting the educational commitments of children, care of dependents and moratoria on some debts such as housing EMIs and rents during such peak infections.

Doorstep deliveries of food, essentials and medicines have come to stay during the pandemic, and there is no reason to curb them during a ‘lockdown.’ In fact, this should be incentivised. Schools can continue to be open if student attendance is staggered, and classes are held in open air surroundings.

The Tamil Nadu government should also expand testing, providing community-level tests widely for all those with symptoms. This will help contain the spread and aid doctors in cutting the risk to others in health facilities. At present, access to RT-PCR in public facilities, particularly those run by the civic bodies has shrunk, and costly private testing has come to stay. There can be no populism in allowing people to move around in public places without masks. Testing, tracing and treating needs active government support