The row erupted after an article was published in a Tamil magazine alleging poor maintenance of the estampages in Mysore. Tamil inscriptions were being neglected, it was said, feeding into the politics of Tamil pride and central neglect. But the reality is more complex and more to do with resources, not politics. Nevertheless, having the records relating to Tamil inscriptions in Chennai would serve practical purposes.

History of epigrapy in India

The epigraphy branch of the Archaeological Survey of India was founded in 1887. The branch was moved to Ooty in 1911 since cooler climes help in preservation. The office was later shifted to Mysore in Karnataka in 1966.

The Tamil article which created a row

Around 1,00,000 estampages, in which 60,000 are of Tamil stone inscriptions, are protected in the Mysore campus. The estamapages are catalogued and archived there.

Under these circumstances, an article titled ‘Kaviriyum pochu kalvettum pochu’ (Lost Cauvery and stone inscriptions) was published in a Tamil magazine in 2006. The article written by a scholar detailed how the estampages are neglected in Mysore office. The study volumes were not published and the estampages were not maintained, the article alleged.

Based on this article, Tamil outfits moved to transfer the estampages to Chennai zonal office. Three years ago, a writ petition was filed in the high court. Another case was filed in 2020.  After hearing the cases, the Madurai Bench of the Madras High Court in the August verdict directed the ASI to shift the estampages of Tamil stone inscriptions from Mysore to Chennai office.

Regional politics behind the row

Between 2008 and 2011, former Chief Minister M Karunanidhi was the president of Semmozhi Iyakkam. The DMK was part of the ruling UPA regime. As part of alliance, the DMK could have wielded significant influence on ASI but nothing was done, he said. The proposal of the Tamil University for digitizing all the Tamil estampages in 2011 also did not materialize. “The intention of approaching the court is to malign BJP rule alleging that Tamil estampages have been systematically destroyed,” Ramachandran said.

After hearing the cases, the Madurai Bench of the Madras High Court in the August verdict directed the ASI to shift the estampages of Tamil stone inscriptions from Mysore to Chennai office.

A five-member-expert committee was formed by the High Court. The committee was asked to study the condition of estampages and provide a report. An archeologist abreast with these developments ruled out the allegations that Tamil estampages were neglected. “They were neatly protected and could be retrieved based on the requirement,” he said recalling one of his visits to the office earlier.

Across India, there is a severe shortage of experienced epigraphists. Most of the ASI epigraphists are junior officers. The epigraphy wing of the ASI still uses the services of retired epigraphists to study and publish the estampages. “The true objective of moving estampages could be achieved only when they are studied and published for the public domain,” said C Santhalingam, retired archeologist. 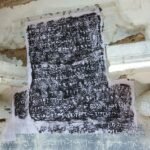 The ASI recently revamped and filled 750 new posts. But not a single epigraphist was appointed, say the epigraphists. “It is true that there is severe shortage of skilled epigraphists in our country,” says V Vedachalam, retired senior epigraphist.

Even if the estampages are moved to Chennai, the lack of trained manpower like epigraphists is going to be a major hurdle. Besides, the ASI office functions in St George Fort campus. Considering the climate, air-conditioned archival facilities should be established to protect the estampages. “The state government can help by establishing sufficient infrastructure for this new facility. Again, it requires coordination between state and central governments,” Santhalingam added.

Chennai office will be accessible

But epigraphy enthusiasts like Rajaguru are glad that they will be able to access these estampages easily after they are moved. It needs effort like traveling, finding accommodation and bridging language barrier when these estampages were protected in Mysore campus. “A lot of researchers will benefit from this move,” said Rajaguru.

Researchers can collect the copies or pictures of the estampages for a fee. The accessibility will enable archaeology students a great deal, says Vedachalam. Though there are not many epigraphists in the department, there are many epigraphy enthusiasts across the state and this facility will be useful to them.

Moving the estampages could be considered a significant one since 30,000 plus estampages are to be studied and published, according to experts. Such detailed study would unravel lot of Tamil history and it will help the historians connect the dots.

However, the challenge lies in finding adequate skilled epigraphists to study the pending estampages as well as the central agency like ASI cooperating with the regional aspirations of Tamil outfits here.