At a time when the monsoon rains are lashing Kerala and the water in the dams in Kerala at alarming levels, Tamil Nadu Chief Minister M K Stalin has told Kerala Chief Minister Pinarayi Vijayan that all necessary precautions would be taken to ensure the safety of people living on the lower reaches of the Mullaiperiyar dam.

Stalin, who was here to attend the Southern Zonal Council meeting of Chief Ministers of South Indian states chaired by Union Minister for Home Amit Shah on Saturday, had a discussion with his Kerala counterpart Pinarayi Vinayan at Thiruvananthapuram. In the meeting both CMs unanimously green signaled the further high-level bureaucratic talks on resolving all the inter-state disputes including that of the much controversial Mullaperiyar dam.

On Mullaiperiyar, Stalin has consistently adopted a non-confrontational approach, never raising the political temperature and thereby making it difficult for a government run by a key ally of the DMK, the CPM. While Tamil Nadu’s position remains that the water level will be maintained at Mullaiperiyar, state officials have not been insistent on its rightful dam level, instead working with their Kerala counterparts to keep the dam level lower and minimizing chances of flooding. On September 3, for instance, the day Stalin was in Kerala, the water level at the Mullaiperiyar dam stood at 136.55 feet against a maximum permissible level of 142 feet.

In 2018, there was much criticism in Kerala that Tamil Nadu’s insistence on maintaining the water level high at Mullaiperiyar despite heavy rains and subsequently releasing a lot of water suddenly contributed to the flooding. (Editor’s note: In August 2018, inmathi.com published two articles by Himanshu Thakkar, a writer specializing in dams and geology, about Tamil Nadu’s handling of the water level during Kerala floods).

Hearing a petition of the Kerala State, the Supreme Court had agreed in late August 2018 that the water level of Mullaiperiyar dam should be maintained two or three feet below the MPL (142 feet) to avoid flooding and other calamities downstream.

The assurance of Stalin assumes more significance as it was for the first time a Chief Minister from Tamil Nadu assuring the people of Kerala in its soil that his state government is committed to saving their lives. Moreover, instilling confidence in both political as well as bureaucratic circles, since Stalin assumed the Chief Minister’s office at Chennai, there has been a paradigm shift in the functional chemistry of two high-level offices of both states.

There have always been fears in Kerala that any catastrophe for the dam would have a devastating effect in five Southern districts of Kerala including Idukky, Ernakulam, Pathanamthitta, Thrissur and Kottayam.  The fear is that the city of Kochi would be washed off into the Arabian Sea

Adding to the fears of people living in the lower reaches of the dam, a report of the  United Nations University – Institute for Water, Environment and Health (UNU-INWEH) released in 2021 had stated that the infrastructure of the Mullaiperiyar dam is worsening which poses threat to the life of more than 3.5 million people. In Tamil Nadu, this report was criticized on the grounds that the data behind this inference has not been made available.

Many political observers attribute the change in attitude of the Tamil Nadu state to the strengthening bonhomie between two political parties, DMK and CPM, as well as between the two chief ministers.  It is to be recalled that Stalin was the highly dignified invitee at the public meeting heralding CPM Party Congress, the most important organizational conclave of the party, held at Kannur in Kerala on April 2. Shouting slogans, thousands of CPM party cadres had accorded a rousing welcome to Stalin when the Kerala Chief Minister Pinarayi Vijayan  had invited him to address the workers.

The fact that CPM, the Left front leader in Kerala, has been a constituent of the DMK led front in Tamil Nadu for the last many years also provides leverage for the efforts to sort-out the inter–state issues. CPM general secretary Sitaram Yechury was a prominent face during the inauguration of DMK office at New Delhi on April 3, this year. The two chief ministers work in tandem when it comes to opposing central policies such as Hindi or on federalism. 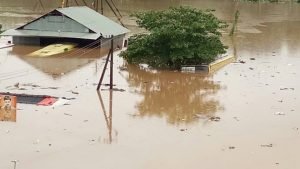 Many of the senior officers in Kerala feel that in the recent past there is an increasingly humanitarian touch in the attitude of the official mechanism on Tamil Nadu side. In August this year when the water at the Mullaperiyar Dam touched alarming levels and the Chief Minister’s office in Kerala had sent an SOS to Chennai, CM Stalin was quick to respond who said in a communiqué to Kerala CM that the dam was safe in all respects and the flood regulation of the dam was carried out as per the Rule Curve and Gate Operation Schedule approved by the Central Water Commission in 2021. On August 5, the spillway shutters were opened and the water discharge had increased to stabilize the water level in tune with the inflow from the catchment areas of the dam. The excess water was also diverted to Vaigai basin whenever the inflow was up.

To top it all, unlike in the past the Idukky district administration was intimated in advance on the possible opening of spillways which had helped to take necessary precautions at the downstream.

Unlike in the past, the Idukky district administration was intimated in advance by the Tamil Nadu officials on the possible opening of spillways which had helped to take necessary precautions at the downstream

Built at the confluence of Mullayar and Periyar, the  Mullaiperiyar Dam was constructed between 1887 and 1895 by the  British engineer John Pennycuick. While people of Kerala who live under constant threat from the old dam have been demanding construction of a new dam, experts in Tamil Nadu say that the dam is safe and only some strengthening is needed. However, Tamil Nadu had never entirely ruled out the possibility of constructing a new dam. The 126 year old dam though owned by Kerala state is operated by Tamil Nadu which had signed a 999 year agreement with the former.

Meanwhile during the Southern Zonal Council meeting of Chief Ministers held at Thiruvananthapuram on Saturday, Union Minister for Home Amit Shah asked the chief ministers to resolve the inter-state water disputes on their own.

(Jose Niveditha is a journalist based in Calicut, Kerala)