Dr. Sivaraman, a Siddha practitioner, is a regular participant in the public discussions on Siddha medicine, and known for his reasoned position on issues. He spoke to inmathi.com on the recent Madras High Court judgement permitting AYUSH  doctors to prescribe allopathic medicines.

This is an issue that has been a matter of debate for some time now. A homoeopathy doctor’s clinic was raided by the health department for prescribing allopathic medicines and he challenged the charge in court. In its verdict, the court ruled that Ayush doctors can prescribe allopathic medicines. A GO by TN government too allows such practices. 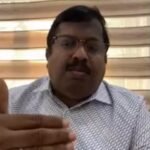 Sketching the background of the Siddha medicine system as well as other Indian traditional medicine practices, Dr Sivaraman said, earlier the techniques of the systems were passed from a guru to his /her disciples or such knowledge was passed on within a family to successive generations. However, this changed after an Act was passed in 1970 to bring together all the traditional medicine system with training institutions set up to open up such knowledge to more people. The Act also organized the teaching practices and syllabi of the diverse strands. Students at the new institutions were also taught anatomy, physiology and other subjects prescribed for the MBBS courses in addition to the systems of traditional medicines.

Crucially, the 1970 law specified that doctors studying a particular system of AYUSH medicine i.e Ayurveda, Unani, Siddha and Homeopathy, were allowed to practice only that system and none of the others.

However, with the skewed availability of medical practitioners, an increasing number of doctors trained as practitioners of traditional medicine are stepping in for those trained under the modern medical system.

A few states like Maharashtra and MP, facing an acute shortage of doctors, especially in rural areas, have employed Ayurvedic doctors in primary or village health centres.  In Tamil Nadu, hiring an MBBS doctor is more expensive than an AYUSH doctor; the former are also often not available for employment since most MBBS graduates want to pursue post-graduate studies.

The current debate over the role of medical practitioners is the result of this situation, explained Dr Sivaraman. But he stressed that most practitioners of traditional medicine stick to their specialisations after the mandatory five-year course of study. According to the veteran Siddha practitioner, when it comes to the ethics of medical practice, doctors who have studied traditional medicine should be allowed to practice only that and nothing more, except in emergency situations.

The doctor adds that in this day and age, traditional medicine has gained more popularity, essentially forming an ecosystem. This could be either because people find modern medicine more expensive and cannot opt for the diagnostic requirements or the widely-held belief that allopathy doesn’t offer a complete cure of certain ailments.

On issues of deep specialisation in allopathy or anti-biotic resistance due to random prescription of drugs, Dr Sivaraman agrees that traditional medical practitioners might be out of depth.

He pointed out that there are guidelines already in place on what exactly AYUSH doctors or clinics and hospitals can do. For instance, if there is an AYUSH hospital, it can provide some care to an in-patient in case of emergency before the patient can be moved to an allopathic facility. A prominent sign is often hung at AYUSH hospitals that they don’t do emergency care so accidents victims don’t come there and waste time in an emergency.

According to Dr. Sivaraman, the ideal solution is an integrated system where doctors of traditional and modern medicine should consult each other and come up with a treatment option for a patient whose well-being can only be determined by combining the two. He said this has become the norm in several countries even though they do not have the traditional medical systems that India does.

The doctor illustrates with the example of a diabetic patient. He says that there are a lot of herbs and medicines in the traditional systems that help to regulate blood sugar and insulin levels in a person. However, if a patient is not producing any insulin at all, then there in a necessity to introduce an external insulin source and this is where modern medicine can step in.

Establishing a balance between the two practices is important instead of seeing the other as a rival, Dr. Sivaraman said. Only then can one be open to developing medicines and ways to counter and cure illnesses that both traditional and modern medicines cannot do alone. Unfortunately, In India, little advance has been made in developing such integrated systems, apart from some recent baby steps.