The teaser release function of Ponniyin Selvan, the movie directed by Mani Ratnam, was grand. Speaking on the occasion, author Jeyamohan spoke eloquently that the entire world would hear the history of the Chola dynasty through Ponniyin Selvan and our children would be able to admire the exemplary qualities of Cholas showcased through this movie.  The crew involved in the making of Ponniyin Selvan are attempting to create a myth that Mani Ratnam has made Ponniyin Selvan to realistically and authentically depict the life and times of Cholas.  Media outlets, knowingly or unknowingly, are adding to the hype and cooperating.

Mani Ratnam is an expert in marketing a movie rather than making one and is trying to prove this aspect once more.  All media inputs about Ponniyin Selvan are pointers to this concept.

Ponniyin Selvan written by Kalki has been talked about in Tamil Nadu for over 70 years. This novel is complete fiction born out of Kalki’s imagination. Several historical events and happenings add their weight to the narration though. With the thought that the novel itself is a piece of imagination and can at best be described as a historical novel, we have to consider what Mani Ratnam would do to it.

Ponniyin Selvan started rolling out of the presses from the Kalki isue dated October 29, 1950 and ended its run on May 16, 1954. Thereafter, Kalki himself came out with a closing summary on May 30, 1954. There are several unanswered questions in Ponniyin Selvan which Kalki sought to deal with in his closing. The author must have felt that readers would get bored if the story were prolonged any further. Ponniyin Selvan, as a serialised work of fiction, is an incomplete work. There are too many loose ends.

Ponniyin Selvan, as a serialised work of fiction, is an incomplete work. There are too many loose ends.

All India Radio brought out a drama version of Ponniyin Selvan in which several stalwarts like R S Manohar, M N Rajam and V S Raghavan acted. The novel got transformed as a drama through the efforts of S A Krishnamurthy.  Efforts were also taken to make a televised play of Ponniyin Selvan. Several pioneering efforts to make this into a movie was undertaken but none of it succeeded.  Director Mahendran wrote the screenplay for MGR.  But the screenplay never saw the light of the day. What could not achieved by all these efforts has now been made possible through the efforts of Mani Ratnam, which is indeed commendable and is an achievement.

A question arises now.  Is Mani Ratnam the capable and competent director to transform this Ponniyin Selvan novel to a movie? Adding to that question, what are the capabilities and qualification required to make this movie?

Mani Ratnam is an overrated filmmaker.. He packages his entertainment through the help of technology available at that time. But his stories, characters and situations often lack depth. His grasp of Tamil society is superficial and that comes across in his movies.

Mani Ratnam is an overrated filmmaker. His grasp of Tamil society is superficial and that comes across in his movies.

There is no need for us to search for evidences for the above. The movies directed by him all along stand testimony to what sort of a director he really is. Please try to mentally re-run and visit all the movies that he has based on real life events.  Then without any bias, please ponder over the manner in which he had made these movies.  You can easily judge whether he is capable of presenting historic events. 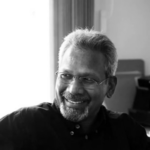 Take Bombay, Uyire, Iruvar and Kannathil Muthamittal. Of this, Iruvar was billed as depicting the Dravidian movement and its history but what was picturised was the problems faced by individuals in their normal life. Why was Mani Ratnam not able to authentically picturise the Dravidian movement, its origin and history? If the Dravidian movement and its achievements had to be highlighted, then one has to have a thorough knowledge and deep understanding of the same. More than all this, to show the impact of this movement on screen, one should have the mental resolve and strength to depict real events. It’s a tough job and he wasn’t equal to it.

The easy way out was to cull out important events in the lives of two stalwarts of the movement and through these portray the 50 years of the Dravidian movement. Black and white images were the preferred ruse used by Mani Ratnam in Iruvar.

Kannathil Muthamittal was also a superficial presentation of an extraordinarily complex context — the ethnic conflict in Sri Lanka. Mani Ratnam’s stories pack melodrama, love, friendship and mother sentiment. This is presented as a dispassionate intellectual take. Mani Ratnam films that have worked well, especially in later years, are movies that appeal to adolescents.

Ponniyin Selvan provides the ingredients that Mani Ratnam loves. Sacrifice, valour and love — ingredients of mythologies — are easy fare for him. There’s a claim to history but it’s just a claim. And that works for Mani Ratnam for whom serious subjects as the sweep of history are too big. Ponniyin Selvan is not the history of Tamils and that may suit Mani Ratnam. But one is apprehensive that the movie maybe packaged as a history of Tamils, i.e., as much more than what it is and what Mani Ratnam can possibly do. There lies the danger of mythmaking and marketing hype.