Ponniyin Selvan, written by Kalki, has been read , rather devoured, by Tamils of many generations. When it was announced that Mani Ratnam, acknowledged as an auteur of Tamil cinema, was going to make it into a film, every bit of information oozing out about the film has become breaking news. For instance, fans were recently overjoyed when they came to know that half the film has been canned. An interesting aspect that has caught many people’s attention is that noted writer and literary personality, Jeyamohan, is writing the dialogues of the film.

Jeyamohan had written the dialogues for Mani Ratnam’s “Kadal” that didn’t do too well at the box office. He is once again joining hands with Ratnam.

Jeyamohan has, however, made light of his foray into films. In a recent interview he compared films to the backing a writer would get from a rich patron. In other words, films only meant money for him, and he recalled the backing that Kamban, who wrote the Tamil version of Ramayanam, got from Sadaiyappa Vallal, a philanthropist of his era. Jeyamohan added that Ponniyin Selvam has given him twice as much money as he received as royalties from his literary works.

There’s a history to the attempts to adapt Ponniyin Selvan to film. MGR got noted director Mahendran to write Ponniyin Selvan’s screenplay but couldn’t film it. What MGR couldn’t pull off is now in the hands of Mani Ratnam. And Jeyamohan has got the prestigious assignment of writing Ponniyin Selvan’s dialogues, which some of his readers see as a tribute to his literary achievements. But will Ponniyin Selvam, the movie, satisfy Jeyamohan’s readers?

Besides numerous novels like “Rubber”, “Vishnupuram”, “Pin Thodarum Nizhalin Kural”, and “Yezham Ulagam”, Jeyamohan’s oeuvre includes his magnum opus, “Venmurasu”, based on the Mahabharata. Some 2,000 characters populate this 25,000-page work, an outcome of stupendous literary labour.

But therein lies the rub. While Jeyamohan is a master of words and his prolific output is one of his hallmarks, Mani Ratnam films are known for their minimalist approach to dialogue. Characters use words only when absolutely necessary.

Ponniyin Selvan is a novel that encompasses the expansive historical imagination of Tamils. The dialogue writer of the film version has written 25,000 pages without taking a day off. 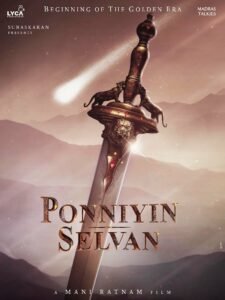 Some 20 years ago, the magazine Kumudam’s Deepavali issue featured an article on Jeyamohan that compared writing to meditation for him. It said writing was to Jeyamohan what meditation was to the Buddha. “Kanathil Muthamittal”, the Mani Ratnam film that came out at that time, had Madhavan, playing the lead character. Madhavan says in the film that it would be a lie to say that writing is meditation and writers need to be born with that spark. Those words were penned by writer Sujatha and seemed to present a counter a Jeyamohan. Today, Jeyamohan has taken the place of Sujatha in Mani Ratnam’s court.

It is quite likely that Jeyamohan, a serious writer, does not have a great regard for Sujatha, a popular writer. If Sujatha built a readership writing for popular entertainment-based weeklies, Jeyamohan comes in the line of writer Sundara Ramaswamy who wrote for literary journals. But Sundara Ramaswamy never wrote for films. He didn’t consider films worthy enough for him to work in them. But Jeyamohan has not let go of any film writing opportunity that has come his way, including Samy’s “Sindhu Samaveli”. Seen in that perspective, Jeyamohan has taken after Sujatha.

Sujatha was not a literary personality and, therefore, film dialogues provided higher opportunities for Sujatha. But Jeyamohan has plumbed the depths of serious literature. Films cannot possibly whet his literary appetite. So why do films need a Jeyamohan?

Jeyamohan has earned a following especially among youth. Today, films are patronized largely by the youth. So a Jeyamohan in the title credits will draw youth and boost that film’s market, filmmakers feel. On his part, films are easy pickings for Jeyamohan. Movies based on books like Ponniyin Selvan will sell better with a Jeyamohan association, which explains the Jeyamohan-Mani Ratnam alliance.

Jeyamohan has happily accepted the idea that films need only the simplest of words. While many of his readers see him as a man who is too big for even literature, Jeyamohan seems only happy to play along with the requirements of film dialogue.

Jeyamohan readers say that the power of the words in “Rubber”, a novel he wrote in his 20s, is far more than the dialogues in movies like Angadi Theru and Naan Kadavul.

To highlight this, below is a loose translation of a few powerful and poignant paragraphs from “Rubber”.

“Since rubber came, the hills are neither wet, nor do they have wellsprings.

So why does man need so much wealth? This wealth will not encourage him to tread on the right path…On the edge of the parched human mind lies the yearning for enjoying pleasures and luxuries without guilt.

How is it possible to amass wealth without appropriating at least one person’s labour and belongings? Sin and cash are inseparably bound.

Jeyamohan may be a fruit bearing tree in literature. In films, he will remain a rubber tree.

His conscience told him he will never be able to forgive himself for his act. Yet, with an ugly hysterical laugh, he couldn’t but continue playing.

‘Birds that fly in the skies don’t sow seeds; neither do they harvest,’ said Lawrence, smiling.

As the meaning of the words dawned on Francis, he was struck with amazement. Why didn’t he understand the words before? Why didn’t they affect him despite hearing them again and again? So, does everything need a certain attitude to make sense? A time and the right situation? As he repeated those words to himself, they started to spread in him like how a mantra spreads. They grew in him with new meanings.

Birds in the sky! The bird of the sky!”

“A writer who could write such evocative words in his first novel has no limits. In movies, however, his creativity is directed towards commercial success.

Jeyamohan’s inability to overcome his film temptation is his weakness. The readers of his literary works will never find his film output fulfilling. Ponniyin Selvan cannot prove to be an exception.

Ponniyin Selvan is a massive memorial that Mani Ratnam is building. In that building, Jeyamohan’s words may add a few hues. Those coming to see Ponniyin Selvan for Jeyamohan are sure to be disappointed.

Jeyamohan may be a fruit-bearing banana tree in literature. In films, he will remain a rubber tree.