Vedanta has taken out ads in mass publishing newspapers and television channels asking for interested buyers for its Sterlite copper smelter plant in Thoothukudi. The plant has been lying shut since 2018 when at least 13 people were killed and many others injured in police firing on protesters against the plant. 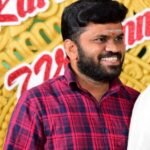 Mahesh, a leader of protests at Kumarettiyapuram village

The ad calls the plant a ‘green’, non-polluting unit. It says the plant has a stellar record in Environment, Safety and Governance – the aspects that Sterlite had been found wanting by many activists, regulators, courts and many people in Thoothukudi.  The ad talks about all the ancillary units such as the sulphuric acid and phosphoric acid plant, a 165 MW captive power plant inside the facility and so on. The ad also talks about Phase 1 of some 4.8 lakh million tonnes per annum copper capacity as well as the proposed Phase 2 that will double capacity. The 2018 protests started against the capacity expansion.

The ad asks for Expression of Interest from interested buyers by July 4. An official press release is yet to come in at the time of publication of this article. Sterlite has appealed against the closure of the plant by the government in the Supreme Court. The verdict on that appeal is awaited. 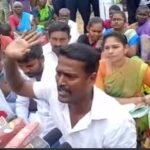 The ad was received with surprise but suspicion by protest leaders. Mahesh, a leader of protests at Kumarettiyapuram village that was the hub of the 2018 agitations, wondered how an ad in a mass circulation newspaper would help a massive corporate sale. Retail ads would be more befitting in such news media spaces. He wondered if this was more a signal for the people than to corporate buyers.

The ad calls the plant a ‘green’, non-polluting unit. It says the plant has a stellar record in Environment, Safety and Governance – the aspects that Sterlite had been found wanting by many activists, regulators, courts as well as the people of Thoothukudi.

Also Read:
Sterlite protests: Who was involved and how it built up to the day of the police firing

Thoothukudi abuzz that Sterlite could reopen its plant, but will people accept it?

Mahesh also asked why company representatives went around spending money on Corporate Social Responsibility and campaigned with the local people for reopening the plant recently but have now offered to sell the factory. “This doesn’t seem genuine. There’s more to it than meets the eye,” he said. It is not known yet if the ad is a part of regulatory compliance requirements for such a sale.

Fathima Babu, one of the protest leaders, said while she is not clear if the government has any role to play in this, the ad would seem as if it was a move to try to restart the plant in another name. Besides pollution concerns, Sterlite had run afoul of many in the local community for not favoring local businesses and not employing enough locals. The ad talks about 5,000 people getting direct jobs, 25,000 indirectly, as well as the contribution of Sterlite to local business and port operations. The ad says 40% of India’s refined copper needs can come from the existing plant. Fathima Babu, one of the protest leaders

Hariraghavan, an activist of Makkal Adhigaram that took an increasingly greater role as the protests snowballed in 2018, said their opposition is to the polluting copper smelter, not just the name Sterlite. He wanted to know how a mothballed plant with “outdated” equipment that was not preventing pollution could be allowed to function again in another name. Hariraghavan, a lawyer, said this did not change the ground reality of a toxic plant.