Sterlite protests: Who was involved and how it built up to the day of the police firing

It started with a sit-in at Marina Beach and ended with a shooting in Thoothukudi over Sterlite. For almost a whole year and a half, Tamil Nadu was rocked by agitations. Two of the tallest leaders, Karunanidhi and Jayalalithaa, who had dominated the political scene had died. There was a sudden vacuum. It seemed some pent-up emotions were coming out through the protests. They were convulsions that marked the beginning of a new era in Tamil public life.

Officials such as intelligence officers try to discern various vested interests at work and cite them as causes of the agitations—an out of power DMK trying to amp up Tamil identity and anti-Center politics, Islamic fundamentalists fishing in troubled waters, mischief by anti-development NGOs and activists and so on. But all mass agitations are a culmination of various factors. A diverse cast of characters with their own interests converges towards a common goal. Without mass support and participation, however, few agitations can make a mark.

Jallikattu was about feeling slighted that Tamil traditions and culture were not respected. Neduvasal was farmer fears over loss of livelihood. Neutrino was just pure fear of esoteric science and the peeve that it brought no immediate benefit. Sterlite, however, was about facts and a proven case of pollution. It was anger over a polluting corporate, which did not have a good relationship with the local community, expanding its operations without taking the local community along.

Fathima Babu, the face of the Sterlite protests, recalls that initially she welcomed Sterlite as a multinational coming to town and bringing jobs and development. But she heard from Avelin Mary, a noted marine biologist, that effluents from the smelter could endanger marine life if let into the sea.

Sterlite came with baggage. Protests in Maharashtra had ensured Sterlite Copper could not pitch its tent in Ratnagiri. Appadurai, former CPI MP of Tenkasi and MLA of Ottapidaram and a resident of Thoothukudi, recalls that his wife, a bank union activist, had been forewarned by her comrades from Maharashtra and through her he came to know about Sterlite. Fathima Babu, the face of the Sterlite protests, recalls that initially she welcomed Sterlite as a multinational coming to town and bringing jobs and development. But she heard from Avelin Mary, a noted marine biologist, that effluents from the smelter could endanger marine life if let into the sea. Fathima Babu was then an English professor at a college in Thoothukudi. She learned from other environmental activists that Sterlite had a Maharashtra baggage. 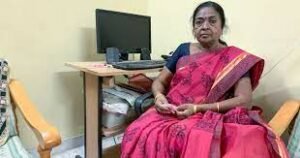 Fathima Babu, the face of the Sterlite protests, comes across as a feisty woman, someone who can create a connect with the common people. Many call her Akka, elder sister.

The fishermen of Thoothukudi started an agitation that included blockading of ships coming into the port. Sterlite then promised not to let out any effluents into the sea, following which the fishermen called off their protests.

The Sterlite protests happened in various phases involving several sections of the population and many different activists and political leaders. Vaiko, for instance, fought in court as well as led agitations, although villagers around Sterlite recall that they only listened to him but did not take part. Fathima Babu contested for the post of mayor of Thoothukudi corporation on a ticket from Vaiko’s party.

Protest leaders talk about Thamizhmandan, a leftwing activist and an early leader. In the same breath as they recall him, they snigger at reports that he was kidnapped and held hostage. They mutter that it was staged.

Even as the protests ebbed and flowed, the activists kept up the pressure on Sterlite. Fathima Babu, for instance, works with Chennai-based Nityanand Jayaraman, a writer and environmental activist. Though trained as a journalist, Jayaraman baulks at exercising restraint or hearing all sides—the hallmarks of traditional journalism. His articles and investigative work are more in the nature of campaigns, targeting high profile corporates such as Vedanta in Thoothukudi and Hindustan Lever in Kodaikanal. Nityanand Jayaraman’s work, such as in showing that the chimney height of Sterlite was far lesser than what norms prescribe, has formed the basis of court orders censuring Sterlite. A taller chimney would help in dissipating the emissions so they don’t linger near the surface and affect people more.

Fathima Babu comes across as a feisty woman, someone who can create a connect with the common people. Many call her Akka, elder sister. Leftwing critics say her style is typical of mainstream organizations where the leader thrives on setting herself apart from the masses. With her sunglasses and starched saris, Fathima Babu portrays a person who though from the community is yet not quite. Though coming from the fishermen community and practicing Christianity, she has married a Hindu whose family are “acharam” (observant, religious, pious), to use her words.

Fathima Babu recalls the time when she and others were arrested and remanded to judicial custody at the Palayamkottai jail. She describes her prison experience as lifechanging and bringing her closer to common women. Her husband’s family had got used to her activism but prison time came as a jolt to them, she says.

More than three years after the closure of the factory, she insists that permanent shuttering of the plant and mothballing it is the only solution. On technical details and other nuances, she deflects the questions and says this reporter should better ask “Nity” Nityanand Jayaraman.

In the beginning, traders were lukewarm to protests just like the villagers around Sterlite. One reason behind their change of tack could be that at some point Sterlite changed its policy on subcontractors. Sterlite set new rules which stipulated that a subcontractor should have a minimum turnover to get business from the smelter. This meant that most small traders in the town had to sub-contract to a contractor, due to which their margins were squeezed. Traders complain that most Sterlite contracts didn’t go to local people and the company was typically high handed in its dealings with them. The Sterlite protests happened in various phases involving several sections of the population and many different activists and political leaders.

Drawn primarily from the Nadar community and, to a lesser extent, the Pillai community, the traders, more recently, have formed an alliance with the fishermen population of Thoothukudi. In the 1990s, clashes between Nadars and Paravas, a fishermen caste group, led to much violence and deaths. The dispute was about an election candidate and Paravas felt that the Nadars had gone back on their promise to support their candidate. Senthil Arumugham, traders’ association treasurer, says that in an effort to keep the peace and build bridges, the traders have focused on inter-community links with fishermen and often supported their protests. On May 22, 2018 when the police firing on protestors happened, though the traders association did not participate in the march, it nevertheless called for a shutdown to indicate its stand on Sterlite.

The anti-Sterlite protest was led by a coordination committee whose form, name and membership has been fluid. Some party activists such as from VCK and Naam Tamilar Katchi were part of it at various points of time, though Fathima Babu has been a permanent fixture.

While politicians, activists and community leaders were shepherding the protests, it had not acquired a militant tone. What changed was the context. As the state was rocked by protests, Sterlite began work on capacity expansion of the plant from 4 lakh tonnes of refined copper to 8 lakh tonnes. It meant that a new plant, equipment and buildings would come up. Construction started in full measure near the villages, and the villagers started protesting the expansion of a plant that had a poor environmental record. They still talk about getting up every morning at 4am with chest congestion and breathing difficulty and sensing a foul smell.

In the beginning, traders were lukewarm to protests just like the villagers around Sterlite. One reason behind their change of tack could be that at some point Sterlite changed its policy on subcontractors. Sterlite set new rules which stipulated that a subcontractor should have a minimum turnover to get business from the smelter. This meant that most small traders in the town had to sub-contract to a contractor, due to which their margins were squeezed.

Murugan, a leader of the protest in Kumerittiyapuram, said they were given permission to protest in Thoothukudi city for a day against the plant expansion. He recalls that nobody came to meet the villagers or ask them about their demands. So, they decided to stay put at the protest venue just as Jallikattu protesters stayed put in Marina.

The villagers called the coordination committee who came to the protest venue. The police told them that they would be arrested and remanded to judicial custody. This was a first for villagers—ordinary folk who were not used to arrests and jails.

Hariraghavan of Makkal Adhigaram said he got a call from his lawyer colleagues saying the protesters were being remanded and would need legal help. Until that time, the protest had been largely led by NGOs and activists—a demographic that a Leftist organization such as Makkal Adhigaram is ideologically wary of.

In the eyes of Makkal Adhigaram, the anti-Sterlite protests had a mass upsurge and they were there to give it direction. Hariraghavan, for instance, talks about helping the protesters with drawing up pamphlets, advising them on legal issues and planning of protests.

More mainstream Leftist parties such as CPI and CPM provide leadership upfront. They ramp up, step back, negotiate or apply the brakes after assessing the situation. Makkal Adhigaram sees the people as the primary leaders of the agitations and seek to support them from the back. As Marxists, they see protests by people as the natural outcome of corporate misdemeanors and, organizationally, attempt to give a militant dimension to the protests. 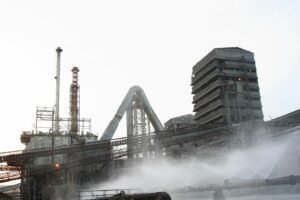 The March 24 public meeting that was disallowed by the administration but eventually permitted by the High Court was a massive affair. More than 1 lakh people attended it. Appadurai, the CPI MP, says in all the 40-plus years of activism, agitating on various issues, he had never seen such mass involvement. The momentum was building up.

But when Kumarettiyapuram villagers called for a march to the Collectorate in Thoothukudi city to mark the 100th day of protests on May 22, 2018, it ended in tragedy.