Thisaigal Vazhikatti Maiyam has been running the coaching center in collaboration with the Aranthangi branch of Indian Medical Association since 2018. 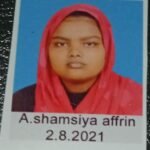 A Shamsiya Afrin, a student of Sigaram NEET coaching centre, has got admission to Chennai Stanley Medical College.

This year, 19 students attended NEET coaching at Sigaram. Among them, Shamsiya Afrin from Merpanaikadu Government Higher Secondary School got a seat in Chennai Stanley Medical College. Afrin is the first student from the village to get an MBBS seat. Despite being afflicted by polio at a young age, just like her father Abdul Muthaleef, Afrin was not one to let her disability get in the way of her aim. And with help from Sigaram coaching center, she is now able to get a medical education. After completing MBBS, Afrin aspires to do her masters in gynecology.

Another candidate, Nagarajan from Chidambara Viduthi Government School, has secured an MBBS seat in Kanyakumari Medical College. Nagarajan hails from Silaiyur and his father runs a petty shop. Like Afrin, Nagarajan is also the first graduate in his family. Dr S Dakshinamurthy with the two students who got admission for MBBS and another who got a BDS seat in 2020.

Dr S Dakshinamurthy, coordinator of the Sigaram NEET Coaching Center, says Thisaigal Vazhikatti Maiyam decided to start the free facility after NEET was mandated by the central government. They realized that government school students would not be in a position to crack NEET without adequate coaching. “They can’t afford to pay for the coaching. So, we started the free training center,” he says.

The coaching center does not filter out students while admitting them for the free coaching program. They are not required to take any entrance exams to be eligible for the coaching. Any government school student is welcome to join.

Dakshinamurthy said that IMA Aranthagi does its bit to help them. IMA president Dr Lakshminarayanan is a pillar of support, he says. 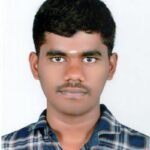 When they started the coaching center in 2018, 54 students enrolled and nine of them managed to crack NEET. In 2019, 17 out of 104 students cleared the national entrance examination. However, none of them could get a medical seat, Dakshinamurthy said.

Subsequently, when the Covid-19 lockdown was announced in 2020, the coaching went online. Nine students out of 19 who attended the coaching cleared NEET. Two of them got MBBS seats that year while one got a BDS seat at Annamalai University Dental college.

The free NEET coaching is held at IMA Hall in Aranthangi. The coaching center provides free transportation to students attending the coaching. Students are offered tea and snacks as well.

For the second year in a row, two students have got MBBS seats this year. “It is a small reward for our work,” says Dakshinamurthy.

Biology teacher Murugan plays a key role in coaching. Baskaran, a school teacher, acts as project director of the coaching program. These two teachers put in a lot of effort to run Sigaram NEET Coaching Center. “We are determined to get as many government students to become doctors as possible in the coming years. We won’t let down any more ‘Anithas’ to their fate,” says Dakshinamurthy, referring to a NEET aspirant’s tragic death by suicide in 2017.