I Siva, a former student of Silattur Government Higher Secondary School in Pudukottai, is the first among government school students in NEET scores for MBBS this year.

Last year, after passing Class 12, Siva was too scared to take the exam. He didn’t appear for agriculture counselling either. With encouragement from teachers, Siva prepared for NEET and scored 514 this year. Only one other government school student has scored more than 500 this year.

In the MBBS counselling set to happen in a few days, Siva will get admission in either MMC or any other government college.  He will be the first graduate in his family and the first doctor to emerge from Koothadivayal when he finishes his MBBS. 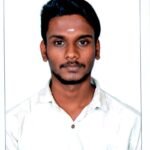 I Siva who comes from Koothadivayal, a kilometer away from Aranthangi, was born to Iyyappan, a seller of goat skin. Siva’s mother Pushpa is a homemaker. Her parents did not cross Class 10. Siva’s sister is studying Class 11 at a government school.

Siva studied at the middle school in his village from Class 1 to Class 8 in Tamil medium. Then he continued his education in Silattur, some 7 km away. Without the means to fund private tuitions, Siva would focus hard on what was taught at school and learned by himself at home. He obtained 479 in Class 10. He stood first in his school and second in Aranthangi educational district.

He took the Maths, Physics, Chemistry with Biology group in Class 11. In 2020, he scored 553 out of 600 in Class 12. In Maths and Biology, he scored 92, in Physics, 89, and in Chemistry, he scored 87. He again stood first in school and second in Aranthangi educational district.

Siva says he was interested in studying medicine so studied hard in Class 10 but was scared to take the NEET exam. For Agriculture, his cut off was 180 for which he could have got admission in government agriculture college. But he did not go for counseling. His teachers encouraged him and said that since he was a good student he should prepare well and take NEET.

Siva’s teacher, Karthik Kannan, got him NCERT textbooks. Madhesh, a student from Aranthangi who is a senior student at Theni Medical College, gave him the books he used to prepare for NEET. His school teachers and headmaster encouraged him, which gave Siva the courage to prepare for NEET without joining college.

Siva pawned his mother’s jewellery to pay for private coaching at a center in Tiruchi where he stayed and attended classes. But because of lockdown, he returned to his village. While at his house he studied English books and prepared for NEET. He scored 514 which assures him of a seat in a government college.

Siva is happy that the government will pay his fees. He is now focused on paying the interest for the jewel loan and eventually redeem the jewellery. Siva hopes to study PG in medicine after MBBS.

Pudukottai collector Kavitha Ramu felicitated him for coming first in NEET among government students. She praised his teachers in the function.