Why can’t Simbu have a doctorate?

Ever since Vels University announced a honorary doctorate for T R Silambarasan, popularly known as Simbu among his fans, the online space is buzzing. Simbu’s fans are excited but a section questions the sanctity of such degrees given to actors, in the context of Simbu. The actor is likely to be conferred the degree on Tuesday. If other actors can be conferred with such degrees, why not Simbu?

An honorary doctorate for cinema actors is not new in Tamil Nadu. The list is long and includes former Chief Ministers MGR, Jayalalitha, and doyens of Tamil cinema like Sivaji Ganesan. Kamal Haasan, Vijayakanth, Vijay are also in the list.

It is interesting to recall the diplomacy shown by Karunanidhi when Madras University decided to confer honorary doctorate on MGR. His lieutenant, Duraimurugan, was a syndicate member of the university. His one objection would have stalled the degree. Against expectations, Duraimurugan did not object as directed by Karunanidhi. He took a stand that political differences should not interfere while honouring cine talent.

An honorary doctorate for cinema actors is not new in Tamil Nadu. The list is long and includes former Chief Ministers MGR, Jayalalitha, and doyens of Tamil cinema like Sivaji Ganesan.

Silambarasan started his career as an infant in Uravai Katha Kili directed by his father T Rajendar. He acted as a child actor in his father’s subsequent ventures like Maithili Ennai Kathali, Oru Thayin Sabatham just as S A Chandrasekar featured his son Vijay in his movies as child actor. 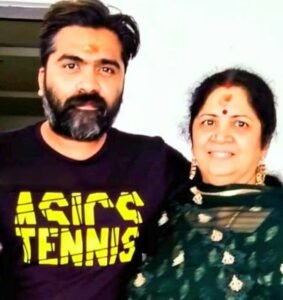 Rajendar featured him in his movies till Simbu managed to establish him in the industry. After he cast him as a protagonist in the 2002 movie Kadhal Azhivathillai, Rajendar did not produce any movie for Simbu. He was on his own. Two years later, Simbu wrote the screenplay for his movie Manmadhan. In another two years, he directed his venture Vallavan in which he starred.

Simbu was conferred the State government’s Kalaimamani award earlier. Unlike other stars limited to acting, he has made his mark in direction too. Vijay, who came to the industry, like Simbu, has been conferred the doctorate earlier.

After Rajendar quit DMK and his stints like Samsara Sangeetham, Shanthi enathu Shanthi failed, Simbu helped him bounce back with his movie Enga Veetu Velan. He acted under the big names in the industry like Hari, K S Ravikumar, Gautham Menon, Pandiraj, Maniratnam, Suseendran and Venkat Prabhu. As an actor, Simbu has seen ups and downs.

Maanadu, Simbu’s recent movie, is doing well and has been received enthusiastically by his fans and others. His character portrayal in the movie was praised by the audience. There could be some personal allegations against him, including that he is not punctual or doesn’t stick to call sheets. But it is not fair to judge his honorary doctorate based on those allegations.

Simbu was conferred the State government’s Kalaimamani award earlier. Unlike other stars limited to acting, he has made his mark in direction too.

Founder and Chancellor of Vels University Isari Ganesh has mentioned that they are indeed delighted to confer the degree on him. A competent team has screened the names and shortlisted Silambarasan’s name, he said. It is worth mentioning that Simbu is acting in Gowtham Menon’s Vendhu Thaninthadhu Kaadu produced by Isari K Ganesh. The actor is also booked in another movie to be produced by Ganesh’s production company.

A private university has decided to confer the degree on Simbu for his achievements in the cine industry. It is an open secret that private universities decide the candidates as they wish to honour. In such a case, what is the big deal in conferring an honorary degree on Simbu? The value of honorary doctorates depends on the institutions conferring them and the personalities receiving them.

A Simbu-like personality does not need a doctorate to establish himself. But the announcement has boosted the morale of his fans. It is an added advertisement for the institution. There seems to be nothing beyond that.