Most IAS officers allow their job to become their identity. Some, however, keep alive their interest in and talent for other pursuits. Gnana Rajasekaran, an IAS officer, has made a mark as a film director. His movies strike a bold path, delve into uncharted areas. His first film was based on Thi Janakiraman’s landmark novel Mogamul. Gnana Rajasekaran has also directed biopics like Periyar, Ramanujan and Bharathi.

Gnana Rajasekaran’s latest is an anthology of five stories of famed novelist R Chudamani. The movie is titled ‘Ainthu Unarvugal’ (Five Emotions). Though written in the 70s, Chudamani’s novels reflect modern feminism. Gnana Rajasekaran picked five stories which talk about man – woman relationships and the psychological nuances in them.

My aim is to make movies on the finer elements of life. They should be sensitive and straightforward.

Question: Directors are identified based on the movies they make. Can we say that you are a director making biopics and movies based on novels? 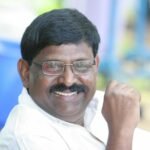 Gnana Rajasekaran: A director should be able to direct any movie. Directors should not be confined into any public image or perception. But after I made movies like Mogamul, Periyar, Ramanujan and Bharathi, an image has been created. My aim is to make movies on the finer elements of life. They should be sensitive and straightforward. I am not really keen on making only biopics.

Gnana Rajasekaran: Many don’t have clarity on this. I have come across people pitying me for not making commercial films. I am not interested in making such movies. The film industry does have a commercial film genre. Cinema is a place for all. But I don’t have a need to make such commercial films. I have come from a different background. And, I should do justice to it. I want to make good movies. At present, stories are made for actors. But I write the script first and start looking for actors who would fit in my script. I don’t make movies for an actor.

I was the district collector of Thrissur which was famous for Ayurvedic medicines. A famous saying there goes like this. It’s all the same medicine with different labels. Present day cinema is like that. I am an IAS officer and directed all four movies while I was in service. There are many directors who make commercial films. I am here to make a different kind of movie. Life has many nuances and finer emotions. My movies are centered on them. Life has its pace and I want my movies to match that pace.

Ainthu Unarvugal was screened on Nov 26 as planned. But I don’t think screening it as a single show in a single theatre per town or city served the purpose.

Question: You make cinemas based on books. A reader consumes a book in a certain way. How can you provide that satisfaction on the screen?

Gnana Rajasekaran: It is possible but needs a lot of effort. When you read a novel or a story, you create an imaginary world. You draw parallels from the people you meet every day. You become a creator when you read a book and create that imaginary space. But when a book is made into cinema, someone else creates that space for you. You are reduced from the role of a creator which is an impediment while making a book into a movie. A good director should be able to recreate the soul of that novel for an audience. It is extremely difficult. My film ‘Mogamul’ won’t give the satisfaction of reading that book. Cinema gives it differently. The goal is to communicate the soul of a book in a movie. But, the cinema magic should be consumed differently.

Question: Why did you pick Chudamani’s novels written in the 1970s?

Gnana Rajasekaran: When we make movies from novels, we should build a connect with audience. How is the theme relevant to the modern-day audience? I ask this rudimentary question before I start working. Mogamul’s heroine Yamuna asks a question and the entire story revolves around that questions. I think that question stays relevant no matter how old is the novel or the story. Bharathi is still relevant today, so is Ramanujan or Periyar. 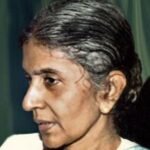 Though Chudamani stories are based in the era of the 1970s, they have many elements that are relevant today. I have picked only such stories from her many books. The questions these five stories ask are relevant today. The film talks about feminism. Those who saw the movie praised it. It was difficult to bring out this movie. But I am satisfied that I accomplished something.

Question: How was the response to Ainthu Unarvugal?

Gnana Rajasekaran: The theatre culture has vanished now. Not many take the pain of going to theatres. My viewership is different. It is mostly by word of mouth. So it takes some time for the people to come and see my movies in theatres. It was screened on Nov 26 as planned. But I don’t think screening it as a single show in a single theatre per town or city served the purpose. Wherever it was screened, the response was good. I received positive feedback from the viewers. I am glad about it.