Covid-19: Back to rural, government schools

After almost one-and-half years, schools in Tamil Nadu were opened for the off-line classes on Nov. 1, 2021. The reopening was grand and memorable for students as well as teachers. But festivals and monsoon have meant a sparse start to actual functioning. Many districts have declared holidays to schools due to rains. But there are other challenges, too.

Covid-19 was a testing time for all schools. They had to hurriedly adapt themselves to a new mode of teaching online. Returning to normal is like a jump-start to the system. The pandemic has left a scar too deep to heal that soon. In addition to losing loved ones, Covid-19 has ransacked the livelihoods of many families.

As many as 1.5 lakh more children have joined government schools, according to government estimates. The school system in Tamil Nadu is robust to some extent. But the question is if the government schools in rural Tamil Nadu are capable of absorbing this sudden surge of students. After losing their livelihoods, many families have returned to their villages and their only option is the local government school.

Chinnaiyan from Reddiyarpalayam in Coimbatore was working in Kerala. With the neighbouring state still clocking a sizable caseload, Chinnaiyan thought of admitting his ward at the local government primary school in Reddiyarpalayam. “I am worried because there is only one teacher in this school for all the classes. The building is dilapidated too,” he voiced his concern.

After losing their livelihoods, many families have returned to their villages and their only option is the local government school.

Educationists opine that the state government should have foreseen this shift and worked on the infrastructure. For the families which lost their source of income, government schools are the only hope to continue the education of the wards. Rural schools don’t have adequate classrooms. Lack of teachers is another concern. With a sudden surge of pupils, the government schools are not able to provide teaching aids and other facilities. Even providing books and notebooks is going to be tough task, educationists say. 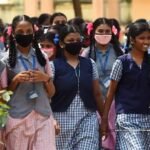 Another alarming fact is how these government schools in rural areas are going to keep a tab on sanitation. They are finding it difficult to procure hand sanitizers and equipment to test the temperature of students. It is not clear how the funding will happen for these expenses. Though Covid-19 is under control in the state as of now, other vector-borne diseases like dengue or viral fevers are ravaging rural areas.

The standing instruction is that the students turning up to school with a temperature are to be isolated. But rural schools don’t have many such rooms to spare.

Private schools where their wards studied earlier have been demanding school fees for the last academic year. Parents say they keep receiving phone messages from schools demanding pending school fees. A good number of parents are finding it difficult to collect the transfer certificates from private schools because of the dues. Meanwhile, the parents who managed to admit their children into private schools are finding themselves on the spot since the schools demand full vaccination of both the parents.

Against their anticipation of 50% attendance when school reopened on Nov. 1, they get roughly 30% of attendance, teachers say. Parents are not fully convinced to send their children to school. The state health minister had also advised schools not to pressure students to attend offline classes. But there is a need to enumerate enrollment so dropout rates don’t surge in a state that has performed admirably on this score. Chances are high that a significant percentage of children whose parents can’t afford the education have dropped out and are assisting their parents to eke out a living.