A group of volunteers have revived waterbodies in Coimbatore city by retracing an Chola irrigation system plan that fed the waterbodies.

With the Western Ghats at its backdrop and blessed with a salubrious climate round the year, Coimbatore is one of the best places to live in Tamil Nadu. The city has numerous streams and tributaries of Cauvery which provide an assured water supply to the people. It is pertinent to mention that Coimbatore people draw pride that they drink Siruvani water and it is so special. Siruvani is one among the streams augmenting water flow to River Noyyal.

The water source to these streams and tributaries of River Cauvery is the Shola forest uphill. Realizing the potential of these streams and River Noyyal, ancient rulers, especially early Cholas created an extensive water management system along the river bank. With more than 30 check dams across River Noyyal, Chola rulers managed to regulate the water flow and speed as Noyyal confluences with River Cauvery at Kodumudi from where the river flows towards Central Tamil Nadu, which was the seat of power of the Chola kings. 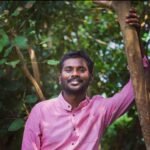 Under these circumstances, Siruthuli, an environmental organization at Coimbatore, started putting efforts towards reclaiming the lost waterbodies of the Coimbatore region. It roped in volunteers from the city for their task and Manikandan was one among them. He later started an organization called Kovai Kulangal Pathukappu Amaippu in 2017. The Jallikattu protest that happened in 2017 created mass awareness among the youth who wanted to do something for their native towns. The forum soon found a lot of support from these youngsters.

The groundwater table in Coimbatore remained better when compared to other places of Tamil Nadu but the quality of water was still a concern. It was not potable. The volunteers soon realized that repairing and maintaining the waterbodies inside the city would greatly improve the water quality.

Even if they managed to repair the water bodies, the forum members found they had a greater challenge of filling them up. They soon realized the complex water management system of our ancestors. The streams and rivulets connected one waterbody with another finally draining into the river. Thus it became clear that they have to find the path of water which existed once.

Initially, the volunteers approached tribal people to find the path of water. The tribal people believed elephants would know the route but their dedicated corridor was long destroyed with urbanization and encroachment. The forum then turned towards ancient literature to find the route of River Noyyal which could connect all the water bodies. Shanmuga Pragatham Kodumudi, a former researcher with Tamil Nadu Water Management Training Centre and his book ‘Pandaya Pasana Poriyiyal’ (ancient irrigation engineering) helped the forum members trace the route of Noyyal. Having found the right tool with this book by scholar Kodumudi, the volunteers soon got into action. A cleaning program was undertaken for the last 200 weeks. With collective measures, the forum managed to clean 113 tonnes of garbage from the water bodies. The canals ensuring supply to the water bodies were cleaned for a distance of 19.5 kilometres. The bushes and invasive tree species prosopis julifora were removed from 400 acres of water bodies. The prolonged and consistent efforts of the 25,000 strong volunteers of Kovai Kulangal Pathukappu Amaippu revived five major water bodies in Coimbatore city. Thanks to heavy rains in 2019, all the water bodies filled to the brim and their search for the route of water proved successful.

The prolonged and consistent efforts of the 25,000 strong volunteers of Kovai Kulangal Pathukappu Amaippu revived five major water bodies in Coimbatore city. Thanks to heavy rains in 2019, all the water bodies filled to the brim and their search for the route of water proved successful.

From wild streams, Noyyal takes a river form at Perur. From Perur to Kodumudi, Chola kings constructed a series of check dams for water management, says Manikandan. “It was quite an effort to find the route of water which flowed from Noyyal to these five water bodies. Our next measure is to find all the check dams of Cholas in the river path and repair them. We are optimistic that it would solve the water woes of the expanding city and the region”, he added.