Mullaiperiyar has been in the news recently, with Kerala once again raising fears about its safety amidst floods and Tamil Nadu moving ahead on strengthening the Baby Dam so it can raise the water level in the main dam. Just as the issue was once again being debated, director Seenu Ramaswamy tweeted that he was going to make a film about Colonel Pennyquick, the British engineer acknowledged as the man responsible for constructing the dam in Kerala and benefiting lakhs of people in Theni, Madurai, Dindigul, Sivaganga and Ramanathapuram in Tamil Nadu.

Pennyquick’s grand plan was bold. It was quite an engineering feat, especially for its time. The aim of building the massive structure in Kerala and tunneling through the mountain was to help people of Tamil Nadu. In the last two decades, however, the dam has become a political hot potato. While legally, Tamil Nadu owns it, Kerala has been raising fears over the safety of a dam that is of little benefit to it. Public opinion in Kerala is weighed against the dam whereas many of the people of the five districts in Tamil Nadu owe their livelihood to it and hence are fiercely protective of Tamil Nadu’s rights over the structure. 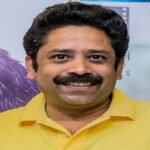 Seenu Ramaswamy’s tweet takes us back 10 years when Dam 999, an English film, was banned by Tamil Nadu government. The film portrayed the issue from one point of view. It graphically showed the collapse of a dam and hence Mullaiperiyar as a disaster waiting to happen. Many in Tamil Nadu were outraged by it. With all parties including the DMK, MDMK and PMK demanding a ban on it, chief minister J Jayalalithaa stopped its release.

Though the film was ostensibly themed on the collapse of the Banqiao dam in China in 1975, which led to the death of lakhs of people, but the reference to Mullaperiyar was unmistakable. The 999 in the movie title referred to the 999 years for which the original agreement between the British and the Travancore kingdom was signed in 1886. Tamils saw it as a clear attempt to drum up baseless fears especially in Kerala. The film brought in front of Keralites a disaster scenario in which a massive dam breaks and floods an entire population. It was felt in Tamil Nadu that further showing of the movie would inflame public opinion and create discord.

Can films create so much ill-will and discord? Some of them try to. In Jai Bhim, the Tamil Nadu police officer slaps a jewellery dealer for talking in Hindi. He then tells him to talk in Tamil. This created an uproar on social media.

In Lingaa, Rajinikanth took a leaf out of the Pennyquick story although the movie was not officially the biopic of the British engineer. It was announced that the story was entirely a work of imagination. 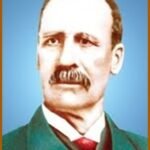 Pennyquick’s story has mischief potential in the wrong hands. But Seenu Ramaswamy may do justice to it without creating rancor to attract cheap publicity or make it more popular. His past films show that he is a sensitive filmmaker who understands society deeply with compassion. For instance, Neerparavai, which talked about fisherfolk’s woes did not seek to create any quick controversy. Therefore, it can be hoped that he will not wound any section of people.

It would seem pertinent to wonder that the director has only put out a tweet, so why speculate? But, given current trends in cinema, it may be a timely question to ask.

One can only hope that Seenu Ramaswamy makes a film that is nuanced, sensitive and tells a human story of a man who sought to use all the means he had to help Tamils. But at the same time the film should avoid the easy route of negatively stereotyping a population in another state or show them in a bad light just to play to the gallery.