Records and gramophones were everywhere once. Now they are antique pieces found rarely. Old timers recalls them while others don’t care. For P Thirunavukkarasu, who trains people in short filmmaking and edits film magazine Nizhal, collecting and preserving records and gramophone boxes is a passion.

Music records go back a long way, way before movies and talkies, ie, as early as 1899. In the early part of 20th century, records and gramophones were in many middle and upper income households. When movies came, film song records greatly enriched household collections. In Tamil Nadu, record companies such as Columbia. HMV, Odeon, Broadcast and Saraswati had their own operations. While the original recording may happen anywhere in India including in Tamil region, the records would be produced only in Kolkata. Only in 1935 did this technical capability come to Chennai. This was introduced by Saraswati stores run by AV Meyyappa Chettiar.

At that time only long play records of 78 rpm were there. Only in 1975 did plastic records come into use. Some 1 lakh records have been made in Tamil out of which 50,000 were reissued from time to time depending on demand. Sales peaked in the 1940s and the records played not just film songs but also folk songs, plays, comics and so on.

In Carnatic music concerts, songs in Tamil were only thukkadas or extras. They took only a few minutes of concert time. Therefore, when Tamil classical song records were issued, there was much demand for it, says Thirunavukkarasu. 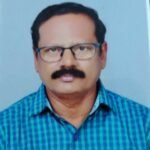 The records were very popular, he says. Record companies took out ads in newspapers. Song  books containing lyrics were published. The decline came when radio became popular as a mass medium. Tape recorders them as they were more handy. Television almost killed the records. After 1982, practically no records were made, he says.

Thirunavukkarasu says we did not preserve the silent films and the early Tamil talkies due to sheer indifference. Gramophone records were also neglected similarliy.

In Chennai, VAK Ranga Rao had a large collection of gramophone records. Tiruninravur Santhanakrishnan has a collection of over 1 lakh. There are some private collections such as theirs. Columbia records have been digitized and preserved at the London Music College.

Thirunavukkarasu has been collecting records for some 25 years now. A 1906 record has Tamil songs sung by Coimbatore Thayi, a devadasi. Kumbakonam Thayi, Tiruvidaimaruthur Thayi, TS Rangammal, EV Saradambal are a few on the collection of records cut by nearly 30 devadasis. These records include rendition of Thevaram, Thiruvachakam, Natarajar Padam, Srungara Padams and so on.

His collection has a record cut by Thiruchendur Shanmughavadivu. Her voice is remarkably similar to that of KB Sundarambal but she is from a previous generation. Uraiyur Kader Basha has sung heartfelt Murugan songs. A three-minute poll pitch by Congress leader TS Sathyamurthy asking votes for his party adorns Thirunavukkarasu’s collection. Ashokamitran has written about this record and other experiences with gramophone records.

The records are not just for listening pleasure. They also have Kudukuduppaikaran songs, SR Kamalam’s Lavani, water tap fights in Chennai, and mimicry performances. Illustration showing a record about the death of Motilal Nehru

Thirty of TN Rajarathinam Pillai’s records, some 100 of MS Subbulakshmi’s are there. The British government had banned KB Sundarambal’s record in praise of Bhagat Singh who had been hanged.

Before radio started in Chennai, Raja Muthiah Chettiar ran a radio station fromm 1925 to 1934. Bharathi’s Parukkulle Nalla Nadu was the first of his songs to come on record and was sung Vilathikulam Sami for Broadcast Records.

A record cut to mark the 50the year of Swadesamitran newspaper had Ariyakudi Ramanuja Iyengar singing. The other side of the record has Musiri Subramania Iyer.  KP Janaki Ammal, a radical activist of that era, has sung a song that says temples are the source of all corruption in society.

Thirunavukkarasu is writing a book on these records. A chapter in the book is being written by Sornavel, a media studies professor at Michigan University in the US. The plan is to give songs from some 50 old records on a pen drive for those who buy the book, says Thirunavukkarasu.

Thirunavukkarasu is bringing out a book on the role of Tamil songs in film music. He says Tamil films have helped to bring Tamil songs in various ragas and his book appreciates that effort. Some 3,000 songs and their ragas have been analyzed, he says, adding that Sangam work Parippadal lays down the qualities of a music composer. Thirunavukkarasu’s works include books on KP Sundarambal, Veena Dhanammal, TN Rajarathinam Pillai, Madurai Mariappa Swamigal and several other artistes.