A hidden treatise seeks a new edition: Book on Islamic songs based on Carnatic music surfaces

Records show that in early 20th century and before, Carnatic music was used for songs for various religions including Christianity and Islam. Mu Abraham Pandithar and Mastan Sahib have been recognized as key composers. While Abraham Pandithar’s Karunamrutha Sagaram is well known, a book of Carnatic music-based Islamic songs was published even before Pandithar’s book was published. Pa Ku Muhammad Abdullah Leppai Aalim (1870-1962) was a scholar in Islamic Music and he composed Carnatic-music based Islamic songs, more than a century ago. The songs were each set to specific ragas as was the practice of composers of that era.

His work ‘Kirthana Ranjitham’ highlights his invaluable contribution to the world of music. This was printed and published in the Kalathnagara press, Chennai in the year 1909, due mainly to the efforts of Iyyanpettai Ka Abdulgani. Karunamrutha Sagaram was published in 1917.

Not much is known about the musical journey of Muhammed Abdullah Leppai. He comes in the lineage of Sathakkathullah Appa who helped Umaru Pulavar write the epic Seerappuranam on the life of Prophet Mohammad, says Muhammed Abdullah Leppai’s 75-year-old grandson Ilyas. “Muhammad Abdullah Leppai was his seventh generation descendant. Along with his elder brothers, he was trading in precious gems in Colombo and later continued the business in Mumbai. But he was very interested in music. He learned it thoroughly and became an expert musician. says Ilyas.

Muhammad Abdullah Leppai has composed his lyrics in the mixed manipravala style which is a combination of Tamil and Sanskrit, as well as Arabi Tamil dialect consisting of Arabi, Parsi and Urdu words. The Islamic compositions are based on Carnatic ragas or tunes. This work also contains adulatory verses, written by the Tamil scholars of those times. The poem belonging to the Chittirakkavi variety, which appears at the beginning of the book, remains a strong testimony to Muhammed Abdullah Leppai’s poetic skills.

“Muhammad Abdullah Leppai has also given notations on Pann, the tune and Thala, the beats for his songs in the Kirthana Ranjitham book. It is quite clear from these that he was not only a poet composer, but also remained a musician of repute”, says Na Mammad, the principal musical research scholar of the centre for Tamil music research, in Madurai Thiyagarayar college. 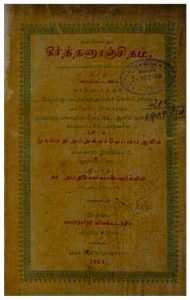 “Tamil scholar Kunangudi Masthan Saheb (1792-1838) has written many songs that are musically rich. Islamic musicians like Isai Mani Yusuf, Nagarkoil Hussain Bhagavathar and Kumari Abu Bakr, who studied with the famous musician Sirkazhi Govindarajan in Annamalai university, have the knowledge and expertise to sing in Carnatic music concerts. Sahul Hamid, known as Rajapart Raja, used to play the role of Rajapart in stage dramas and he possessed a melodious voice too. Sheik Chinna Moulana’s grandsons, Kasim-Babu brothers play nagaswaram instrument during important functions in Tirupathi temples. The contribution of the couple Sheik Subani and Kali Shabi in the field of nagaswaram is also significant. These apart, there are also many not-so-famous Muslims who play instruments like veena, thabala etc.” he adds, pointing to the continued contribution of Muslims to the Tamil musical milieu.

“When we were young, we listened to Carnatic vidwan Samikkannu Asari of Kayalpatnam sing my grandfather Muhammad Abdullah Leppai’s songs in his inimitable ringing voice, in the Kayalpatnam Thaikka dargah. The Islamic Carnatic musician Hussain Bhagavathar, who belonged to the Panchalingapuram Jamath of Mahadhanapuram near Kanyakumari, was very interested in my grandfather’s songs and used to sing them regularly. People are singing his songs even today in Thaikka dargah“, says Ilyas who is trying to bring out the third edition of Kirthana Ranjitham.

“The second edition of this book was released in 1963 in Colombo. Now, Abdullah Leppai’s grandsons Kayalpatnam PSM Umar and PSM Ilyas are making all efforts to bring out the third edition. Some of Leppai’s songs, which remained unknown but were found out now, are included in this new edition”, says professor Mahadevan, head of the department of Tamil in Sathakkathullah Appa college, who is helping to bring out the book.