Single, woman, working: Is loneliness a fact of life?

Authorities breaking open a bedsit (a studio apartment) in London, 2006, made a grim discovery. On the sofa, lay the skeletal remains of a 40-year-old woman (38 when she was dead), unnoticed for close to three years by neighbours, family (four sisters), ex-colleagues and friends. The remains were identified to be that of Joyce Carol Vincent after verifying dental records with a photograph of her taken during a holiday, with the television and heating being on for three years. Joyce was determined to be dead in December 2003 itself, possibly due to peptic ulcer or a severe asthma attack with the coroner being unable to identify the exact cause since there was no tissue left to be examined. 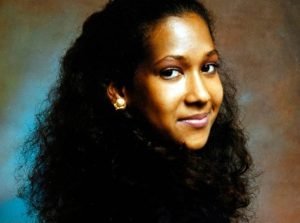 Joyce Carol Vincent, a young woman who lay dead in her London apartment for close to three years without anyone noticing

Not that there haven’t been any morbid discoveries before but this case caused particular intrigue since Joyce didn’t fit any of the stereotypes one typically identifies with those being dead for years and none noticing.She was young, vivacious, wasn’t into smoking, wasn’t an alcoholic or drug addict but somehow the woman who had even rubbed shoulders with the likes of Nelson Mandela (shaking hands with him at the Nelson Mandela: An International Tribute for a Free South Africa concert held at London in 1990 when she was about 26 years old) lay dead without anyone wondering where she was away for a good three years.Of course, all this was before the world of social networking like Facebook, Twitter, Instagram, etc, took over. Nevertheless, it raises the important question of being forgotten in a world where even the likes of a big Metropolitan city like London isn’t averse to the idea of modern neglect.At times, it forces us to raise the question of who are our real friends? Will someone miss you enough to check on you or be comfortable with the idea that you are happy somewhere while in reality, you are rotting away.Back home, there was a similar case of an old woman in Mumbai, whose skeletal remains were found a year after she died, in 2017. But this was to be dismissed as an odd case of the elderly being left alone to die.What role do factors like gender, profession and familial life play in order for us to survive in an age of dislocated communities and societal breakdown, shockingly in the 21st century?If Joyce, who was of Indo-Carribean descent, had been a working woman (she had quit a well-paying job with Ernst & Young two years before she had died), there is a plausibility that someone would have wondered why this woman hadn’t turned up for work. Much blame for Joyce turning up that way was attributed to the fact that she hadn’t “settled down”. “A miserable bitch who died a doggy death”, was one of the least insensitive comments that filled up internet chat rooms before even such comments slipped into oblivion.If Joyce had been a guy, nothing much would have been made of the fact that she was 38-years-old, didn’t have a familial life or profession.R Chitra, a Bangalore-based journalist and a single mom affirms the point to a certain extent, “Though I have a kid, at times, I do feel lonely, displaced or decontextualized. Journalism (or a job) helps as there is always something exciting, something interesting. You meet people from such varied and diverse backgrounds that it gives you a new appreciation of life. And also you meet so many achievers – people who have had to battle against really heavy odds.”

Single women, especially in their 30s or ones who had been divorced or never been married, are at a magnified risk of falling off the social radar. “Honestly I haven’t faced any stigma or discrimination because of my single status. But what I have faced is slight edging out from the group. I don’t really get along with people in their 20s as much as I get along with people in their 40s and 50s,” says Chitra.Arpita Samal, a single woman inching towards the 30s and a divorcee, working for ICICI’s Corporate Social Responsibility division in Indore, Madhya Pradesh, says, “In your 30s, you are really at an awkward age. You don’t exactly fit in the group of youngsters in their 20s fresh out of college or women in their 30s and 40s having teenage kids, essentially stuck in between and risking going unnoticed with no group to call as your own.” She adds that a job to a large extent helps in negotiating modern loneliness. “Financial independence helps a lot. Also, work does let you meet new people, new friends,” she says.Joyce admittedly received more attention in her death than during her life with many wondering if in case she had a kid, she might not have gone unnoticed. Perhaps the cries of a toddler would have awakened people’s conscience to wonder where this young woman was. Joyce’s story got a fillip with a documentary called ‘Dreams of a Life’ (2011) made by a young filmmaker Carol Marley, who became obsessed about how a young woman could lay dead without anyone noticing her absence for years.Agrees Chitra, who has a young daughter Indra. “Family, in my case, having a kid definitely helps. Indra has widened my social circle far more than I ever would. She has a very charming and engaging personality and makes friends easily. So yes I would have met fewer people, gone out less often had it not been for Indra.”Joyce’s story or the accounts of the women here affirms the point that everyone needs someone even if one were not to speak in the traditional sense of marriage or companionship. If you were to dial the number of a long-lost friend or a forgotten relative, now the time would be ripe to do so.