Book tells the tale of how Puducherry got its freedom

The general grievance that there is no properly and accurately written Puducherry’s history in place has been redressed, thanks to the book written by French historian J.B.P More. Some politicians have written about this so have educational textbook teachers and a few historians. But none matches the comprehensive history of Puducherry written by More who had brought out the book ‘Towards Freedom of Pondicherry’, a corollary of his 20-year-long research. His experience of having already written histories of Mahe and Yanam was a spur to the scholar for pursuing Puducherry history.

The book’s reach is not limited to Puducherry, Tamil Nadu and India but is global.

The French scholar’s background was a motivating and encouraging factor for writing this book. A son of the soil in Puducherry and grandson of a freedom fighter coming in an illustrious family, More had probably felt a sense of affinity with the engagement; must have felt it was the work he owed the soil he belongs to.

A son of the soil in Puducherry and grandson of a freedom fighter coming in an illustrious family, More had probably felt a sense of affinity with the engagement; must have felt it was the work he owed the soil he belonged to.

More’s grandfather Pursuhanthi, born in Puducherry, was living as a rich man in Saigon. On invitation from Mahatma Gandhi, he gave up his occupation and took a plunge into the Indian freedom struggle. When Saigon was captured by Japan during the World War-II, he gave a hearty welcome to Netaji in Saigon and donated his own house for the cause of the Indian freedom struggle. After France recaptured Saigon, Purushanthi suffered a lot and finally returned to Puducherry. The book has given due space to Edouard Goubert and V.Subbiah who were the two towering leaders during Puducherry’s freedom struggle. Edouard Goubert was the beacon of hope for Puducherry for 18 years from 1946 to 1964. The book sheds more light on his leadership sustained when the French ruled Puducherry, when they captured Nettapakkam and when Puducherry, freed from French rule, formally became a union territory of the republic of India after 1964.

The book has also highlighted the role of V. Subbiah, elaborating how he launched his political life during his student days, dedicated to Mahatma Gandhi, became the labor leader, evolved into a communist leader and contributed his mite to Puducherry.

The France-Puducherry relationship is quite unique. France is credited with developing Puducherry and establishing its niche in the global arena. Hence, the people of Puducherry have a special affinity to the French. Even as the freedom struggle was on, no struggle against the French rule in Puducherry had intensified, says the book.

It was only after Indian Independence that the Puducherry situation underwent changes. The Indian and French governments got engaged in a dialogue. At that time, opinion was divided on annexation of Puducherry to the union of India or retention of Puducherry as a French colony.

In 1948 the governments of India and France released a joint declaration on the issue. Only then it came to be known that the consent of a majority of Puducherry people was a must for annexing Puducherry to India, according to Article 27 of the French Constitution.

In 1956, the treaty establishing ‘De Jure Cession of French Establishments in India’ was signed between France and India. But it was not until 1962 that the imbroglio was resolved somehow. 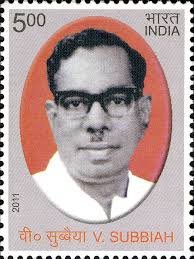 Things then were quite uncertain with no decision taken on the issue.

The French government entrusted the reign to the Puducherry people, abolishing the Governor post and, in the place, created a new post of Commissioner. A referendum on whether Puducherry should be annexed to India or retained as a French colony was initially planned. But fearing that the people might vote in favor of the continuation of the French rule, the exercise was not carried out. The referendum was held only in Chandernagore which consequently joined West Bengal.

In order to bring Puducherry under the control of the independent India, the union government imposed an embargo on Puducherry which finally gave way and decided in 1954 to throw in their lot with the Indian government.

Both India and France took follow-up measures. Voting was conducted among members of the House of Representatives and local bodies at Keezhur on Oct.18, 1954 and their consent to join India was obtained. On Oct. 21 in the year, India and France signed preliminary papers on transfer of power and on Nov. 1 India took over the Puducherry administration.

In 1956 the treaty establishing ‘De Jure Cession of French Establishments in India’ was signed between France and India. But the French Parliament refused to ratify the cession treaty, saying that the Keezhur voting was not right and rather, a people’s referendum should have been held in Puducherry, as done in Chandernagor.

It was not until 1962 that the imbroglio was resolved somehow.

The 15-year-long (1948-1962) saga of the Puducherry people’s struggles with both India and France for maintaining their identity was so complicated and complex as the mythological epics, Ramayana and Mahabharat. To reconstruct it in a neat chronological order and that too, quite interestingly is no mean feat achieved by More who has packed his book with lots of information unknown to the world and curious data. 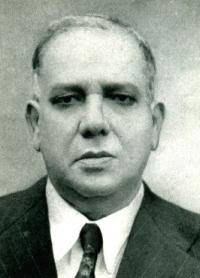 The book has put on record very clearly how Goubert’s act of dropping his pro-France stance helped resolve the deadlock and paved the way for India to retain Puducherry under its umbrella. It also amply shows how Nehru supported Goubert and gave him due respect.

As for the title of the book, the word ‘freedom’ assumes unique connotations for Puducherry. It is not ‘freedom of Pondicherry’; rather ‘freedom in Pondicherry’. There is a subtle difference between the two. Freedom is not used here in the politically conventional sense of liberation from slavery. It just connotes the physical status of being an Indian region, freed from the tag of the French region. It is no liberation from the French rule because Puducherry had not been enslaved to the French as India was to the British. In fact, French rule kept the Puducherry people totally ‘free’ in several respects.

Freedom in Pondicherry has another connotation too. Puducherry was expected to join the state of Tamil Nadu. But Goubert fought hard to safeguard Puducherry’s identity and keep it as a union territory. Finally Puducherry enjoys its own ‘freedom’ to adopt its own culture and retain the flavor of the French rule even as it continues to be part of India. More has given a title that has lots of political connotations!