Archaeologists are coming up with exciting finds at the Adhichanallur excavation almost on a daily basis. On Tuesday (August 9), they found a bronze deer figurine while just before that they found a gold diadem.

The current excavation at the Adhichanallur is being carried out along the Tamiraparani river, on the northern side of the Tiruchendur-Tirunelveli road. The sites south of the road had been excavated in 2004. 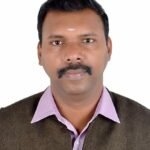 Arun Raj, director of the excavation, estimates that the diadem is likely from 1000 BCE, looking at it stratigraphically. Dating of the artefacts from the 2004 excavation had revealed an antiquity of 800 BCE for the site.

Alexander Rhea, a Britisher who headed an excavation in 1905, had located the site on a map. He had identified the Pandi temple that is still standing today. Using satellite mapping and the use of GIS, the present team selected a site next to the Rhea excavation. Seven sites have been identified and the first site is being excavated. Six more sites remain to be opened up.

Should all Indian artefacts in foreign museums be retrieved? The four-member ASI team has found around 90 burial urns at the first site, out of which 88 urns had no contents. The 90th was a treasure trove, however. It had weapons, such as spears made of iron, bronze figurines such as those of deer and birds, 11 arrowheads and the gold diadem. The height of the urn suggested that it marked the resting place of a clan chief. The stratification of the site has shown that the inhabitants of Adhichanallur had a certain class system. “The spears were buried upright, indicating that the grave was that of a warrior, likely a chief,” says Mr. Arun Raj.

The decorative items are of bronze with high tin content. The high — 23% — tin content made the bronze more malleable and long lasting. Other objects found included a strainer whose mesh and the handle were separate pieces. A decorated lid was found with animal motifs, said Arun Raj. The diadem was found crumpled indicating it has been disfigured on purpose — perhaps what belonged to a chief was not meant to be used by others.  Raj also theorizes that the object is probably not a diadem but an armlet worn at the shoulder just like in Sumeria. “What is clear is that many of the objects are of foreign origin, indicating that the Adhichanallur settlement was related to sea trade,” he says, adding that Rhea had recorded having found 14 diadems during his dig. Where the gold diadem was found

Diadems are jewellery pieces that men and women wear around their foreheads to this day in the region, especially during weddings. The plan is to build a museum at the area, possibly in Adhichanallur village itself, to exhibit the artefacts and create the context of a river valley civilization served by Korkai port described in Sangam literature. Vinod Daniel, noted museologist who has been featured in inmathi.com, is designing the museum. Daniel, who is known for innovative displays unlike the typical stacks found in older Indian museums, says the design of the museum structure will be based on the special significance of the site and objects. Daniel is excited that a world class museum will come up at Adichanallur

Adhichanallur has attracted excavators for nearly 150 years now. Among the earliest was Fedor Jagor, a German ethnographer, who is  said to have shipped artefacts to Germany, according to Rhea, who followed him to Adhichanallur. Rhea’s finds can be seen at the Government Museum in Egmore in Chennai, as well as in the Indian Museum in Kolkata. The depth is an indication of the hierarchy in Adhichanallur society

The skeletons found in the burial urns of Adhichanallur fascinated anthropologists until the latter part of 20th century when the origin of early humans was the subject of much scientific inquiry. Anthropologists including Louis Lapique in the late 19th century visited Adhichanallur to examine the human remains. The skeletons unearthed by Rhea in particular were the object of much scientific inquiry since they didn’t quite seem to be that of contemporary Tamils.

Finally, a combination of anthropology and genetic studies has showed that Africa was indeed the birthplace of man and all humans came from Africa. But many experts continue to believe that Adhichanallur could have housed among the earliest tribes known to mankind.