Honesty is the best policy, as the cliché goes, but definitely a rare commodity in today’s world, more so, some would say, among the TN police.  Appearance, educational qualifications and occupation or designation hardly help in assessing a person’s honesty. It is rather their attitude and behaviour which are the parameters of their ethics and integrity.

Yet there are police personnel who refuse to fall prey to Mammon and have been sticklers for honesty against all odds.  Jambukumaran was one such policeman who started his career as a sub-inspector in the Tamil Nadu police department in Virudhunagar. Having worked across departments, he had risen through the ranks to the post of Superintendent of Police when he hung up his boots. He was in the thick of political developments the state and dealt with corruption cases against political leaders including posting as an enquiry officer in the Tansi case against former Chief Minister J. Jayalalithaa.

The retired officer who was honoured with medals four times for his meritorious and exemplary service, leads a simple life now.  Now 84, he takes a trip down memory lane with inmathi.com. Excerpts from the interview:

Q: Tell us about your initial days in the force.
Jambukumaran:  I was selected as a sub-inspector in 1963 and posted in Virudhunagar. There I was put in charge.  It was a big post with a heavy responsibility in those days.  The senior most police officer was required to take a call on any problem that cropped up. So, the responsibility the post thrust on me was immense. I took trouble to ensure that I worked diligently and impartially; without fear or favour.  At the end of every day, I used to introspect on whether I had done my duty correctly and honestly with a highly balanced mind. In fact, it is that question that had been the guiding moral force for me throughout my career.

Q: At that time, the Congress was in power in Tamil Nadu…
J:  Yes, Kamarajar relinquished his CM post and went to the All-India Congress Committee in Delhi. I was working in his home town.  But there was no pressure whatsoever on my work either from him or on behalf of him.

Q: What were your basic duties in those days?
J:  Tamil Nadu was in the grip of a severe famine then. There was a scarcity of essential food items. So, we had to watch out for hoarders. Law and order, crime and traffic were part of our everyday schedule.  The ration shops in our jurisdiction had also to be monitored, food stock assessed and the higher-ups kept posted about it.  Accordingly, the essentials would be sent to the ration shops and it was our duty to ensure proper distribution.

I was working in Kamarajar’s  home town Virudhunagar.  But no pressure whatsoever on my work either from him or on behalf of him came

Q: Which type of cases did you focus on?
J: We focused on handling of violence and clashes.  Our seniors also insisted on it. When a crime was committed, instantly the culprits concerned would be arrested and FIR registered.  This kind of proper inquiry and immediate action would deter other crimes. Hence, we gave priority to handling of criminal cases in order to keep the crime graph low in the region.

Here’s why the police cook up evidence 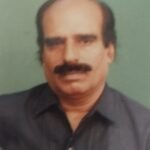 Q: The police department was highly respected, then, wasn’t it?
J: Let me tell you about a real incident. I used to patrol the bazaar area in Virudhunagar riding my bicycle. When I was sighted, the small vehicles parked in front of shops, causing an inconvenience to the traffic, would instantly be moved to the back of the shops.  It was part of my duty to ensure that the rights of not only merchants but also the public were not trespassed on. I did that work sincerely, showing no trace of partiality.  It earned me respect and goodwill from the public.

Q: Back then, were police stations quite accessible to the people?
J: One evening when I was at work in the station, a school boy approached me with a request for money for bus fare to travel back home. I obliged him. After two days, the boy came back to repay the money.  Such quixotic incidents used to take place in my station.  They are testimony to the police department’s dignified approach.

There was a call from Delhi to my station phone No. 91. Someone from the office of Morarji Desai spoke, soliciting information about the election results of Virudhunagar. I asked the person to speak to the SP. But the voice insisted on knowing about the results from me for, the voice said, I was really in the know of things. Finally I had to confirm Kamarajar’s electoral defeat

Q: When Kamarajar was in the electoral fray, were you in service in Virudhunagar then?
J: Yes. It was an important event of great political significance. In the Assembly elections, results had been announced for all constituencies except Virudhunagar where Kamarajar was contesting. Unlike today, those days did not boast advanced communication and information facilities.  There was a call from Delhi to my station phone No. 91. Someone from the office of Morarji Desai spoke, soliciting information about the election results of Virudhunagar. I, in turn, asked the person on the line to speak to the SP of the district in this regard. But the voice insisted on knowing about the results from me for, the voice said, I was really in the know of things. Finally I had no other go but to confirm Kamarajar’s electoral defeat.

Q: Can you tell us an incident that brought back to you the memories of your initial posting?
J: Two months ago, I got a call on my phone. When I answered, I was startled to hear the voice at the other end saying, “Jambukumaran wants to speak to you.”  Confused and thinking that someone was playing a prank on me, I said in a huff, “Are you kidding?”  But in the next few minutes, another voice came on the line, saying, “Sir, I am advocate Jambukumaran speaking from Virudhunagar.” He then explained that he was born when I had been in service in Virudhunagar and his father had named him after me. It was a very proud moment for me and a vindication of my impartial and honest police service.