With full fledged regime change now a reality in Sri Lanka, inmathi.com spoke to Rajan Hoole and Kopalasingham Sritharan about what is currently happening and what it means for Lankan Tamils. Hoole and Sritharan, two academics who have been among the fearless and consistent truth tellers in a nation where truth is a rare commodity when it comes to ethnic relations, have been blunt critics of the LTTE as well as the Sri Lankan establishment. Members of the University Teachers for Human Rights Jaffna, they give their take on the potential for reconciliation between the Lankan Tamils and the majority Sinhalese.

What is happening now in Sri Lanka? How do you read the situation? Why did people turn against Ranil also?

All parties are united on one point that the Rajapakses should be removed from power, including the Sinhalese chauvinists who earlier supported them. The economic crisis has come to the forefront and other fault lines such as ethnic, religious, which had overdetermined the politics of our country, have come to face the economic fundamentals, and now have been sidelined to some extent. The core group of protesters, although they called for the removal of the president, they also are very clear about demanding a systemic change.  The west and India, never understood the emerging political consciousness among the masses, about the disgust they have towards the elite politicians who they felt are corrupt and incompetent. Gotabhaya Rajapaksa (GR) saw Ranil [Wickremasinghe] as the best bet to keep his power. West and India felt Ranil as the best bet to have more influence to keep Sri Lanka away from China. But people in Sri Lanka rejected him as a politician as they saw him as only representing an elite interest.

In short, the lawlessness that has been building up for 50+ years has broken the normal cover of foreign earnings by which the populace is pacified. For the last 20 or so years the US dollar has declined against the rupee at about 4 percent per annum. It was a mild form of robbing the retired and elderly to safeguard the earning populace. But today overnight prices have increased by 100 percent as the Government made moves that lost it control over the milder, unseen form of corruption. A high level of inflation resulting from a sudden increase of cronies enjoying tax concessions, amid corona and the Ukraine war proved untenable.

Ranil was seen a saviour of the elite, but this image was never matched by performance. As a young MP in the 1970s he was closely associated with Cyril Mathew in Kelaniya and was a handler of thugs like Gonawala Sunil, who was rumoured as active in the Welikade prison massacre. He was active in government thuggery during the 1987 – 1990 JVP insurgency. His attainments are mostly written glorifications of his cronies in the press of which his family has a major share. These encomiums had very little of substance. His government and its rival were adept at thuggery as part of governance and have very little to show in concrete achievement. He is also part of the problem rather than its cure.

Ranil’s government and its rival were adept at thuggery as part of governance and have very little to show in concrete achievement. He is also part of the problem rather than its cure 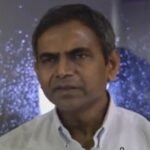 Is it going to be anarchy? Will any order come? What do protesters want?

The protesters have been careful to avoid anarchy or doing things in such a way as to enable combinations of external forces to take over citing the interest of the people. They want the presidential system with its excess concentration of power removed and social welfare measures in place. The people are cynical about the IMF but the elite will continue to argue that the IMF to be the only saviour. The way the crisis unfolded due to the failure of the Gotabaya Rajapakse government to foresee it and take mitigating steps has now left a few options available.

The power is now centred in SLPP, UNP, SJB and the JVP – all breakaways from the original Ceylon National Congress and the left LSSP of 1940. Because of parliament they are on talking terms. It is partly this that explains the low level of violence that was largely theatrical. There are also large number of security forces now controlled by parliament. We think parliament is sufficiently keen on avoiding anarchy.

The IMF refused to give loans that may have helped to import key commodities because the IMF prescriptions were apparently unacceptable. Is there any other way to stabilize the situation then?

We think there is a better chance of a new government being able to deal with the IMF. Yes, it has to negotiate with IMF but the government should have the ability to come out with a plan whereby they restrain the IMF from forcing wholesale reforms which might put the burden on the ordinary people. The protests and mobilization of the masses will give them some leverage to negotiate with the IMF for better deal.

Was it just the collapse of the economy or was there any rethink on Sinhala majoritarianism among the people? Were Mahinda’s human rights abuses called into question during the protests?

Sinhala majoritarianism was a major factor in the economic crisis, because it, in partnership with the Tamil elite, is responsible for the plantation model. The denial of voting rights to plantation Tamils required the joint support of the Sinhalese elite and their Tamil underlings. If one looks at the slave economy of Colonial Virginia, it also tells us why it was vulnerable and easily swept aside by the victorious Yanks in the civil war. It was a kind of economy that keeps down by force, and does not offer escape to the more active blacks. The problem is still there but avenues are open.

It is very difficult to predict which direction the present process will lead to but there is a real potential for all communities to come together and work towards a better future; unless global and regional powers use this crisis to promote their strategic interest at the expense of the Sri Lankan masses. There are many obstacles to overcome but there are real political discourses going on about what type of democracy we want, who should be our leaders and what type accountability mechanisms should be brought in to arrest the degeneration our political and institutional culture. These are very healthy signs. But it needs time to mature.

But the immediate economic crisis needs support from outside and we hope the emerging leadership has the maturity and temperament to deal with regional and global agencies with clarity and fortitude. The protesters are clear that the present protest is not a one-time affair and they want to continue pushing their agenda to keep a check on their leaders. It may restrain them to some extent, but how long the elite will tolerate this grassroots’ demand and how much energy these movements have to sustain their campaign is difficult to see.

Mahinda down, Gota to go, Basil Rajapaksa still in game 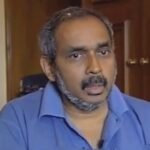 The key question not quite discussed is the lukewarm attitude of northern and eastern Tamils in this. Was it just indifference? Are they any better off?

No, they are not better off. But they too were emerging from a war. Post-war saw much emphasis on Sinhalese majoritarianism, colonisation of lands in the North-East, fewer name boards or explanations in Tamil. The judiciary was almost wholly Sinhalised in ideology and Tamil speakers were made to feel that they were only a nuisance to Sinhalisation. President Premadasa in 1990 made a gesture of giving the two languages an equal place. By 2020 that concession seemed to have been dropped.

The activists who are leading the campaign are articulating ethnic justice and amelioration of other inequalities. But on the other hand, there is a cynicism among the Tamils at large which is not very healthy. Both Sinhalese chauvinism and narrow Tamil nationalism need to address their past paths which brought untold misery to the people of Sri Lanka. Glorifying the Sri Lankan Tamil struggle without clear understanding of its destructiveness and suicidal aspect among a segment of Tamil Nadu political forces is doing disservice to the Tamils who are living in Sri Lanka, who have to build trust among the majority community to gain their rights by engaging with them.

In all this anti Rajapaksa upsurge and general distrust of the ruling Sinhalese establishment, has there ever been a call to account for what happened to Tamils? Was there ever talk of a national reconciliation or do the two communities continue to see each other as two nations?

Under the Rajapaksas reconciliation between the two communities took a back step. This is partly because the Tamil polity hedged on human rights of a large number of Tamils eliminated by the LTTE. Even in Jaffna University, it is still difficult to commemorate Dr. Rajani Thiranagama who was shot dead by the LTTE. Of course, Sinhalese troops and the Government have a shocking record of killings and disappearances. But Tamil advocates pursue their rights with embarrassment. In 2018 the film Demons in Paradise by international film maker Jude Ratnam which tried to document Tamil victims of the Tigers was banned in Jaffna by those who hold leading academic positions. That battle is still fought in the University. As long as it is unsettled, Sinhalese majoritarianism will score an easy victory.

If the economy were to stabilize, would Sri Lanka address at least through a TRC what happened? Has there been any change in the thinking of the Sinhalese voter?

For the past to be addressed, there needs to be a change of thinking among Tamils as well. Araglaya has provided an opportunity. It is time for the Tamils to engage positively with it, or to be consigned to the margins. This was happening in the latter stage of Rajapaksa’s rule. Tamil academics were playing a double game of appeasing pro-Sinhalese sentiment in the UGC in Colombo that believed that the Tamils must be kept hands tied.

But in Jaffna these academics appeared nationalist. Consequently history texts in English have largely gone along with an impression that the Tamils have been invaders that came with the Cholas in the first millennium AD. Whereas Sir Ponnambalam Arunachalam’s book, Studies and Translations, and recent archaeological explorations as by Hans-Joachim Weisshaar, have found a strong Muruga cult and evidence of trade in the south-eastern extremity of the island. The trend has been ethnic mixing throughout the centuries. If that ethnic bias on which politics thrives is taken away and ceases to be an emotive issue, we will get down to addressing substantive issues of coexistence like in India.