Signs from Sri Lanka: World on the brink due to food price rises

Sri Lanka is a pace-setter for the world, but not in a good way. Food prices are rising worldwide. Unrest seems sure to follow. Food prices there have been outpacing general inflation, but the growth of food costs, which was roughly double the general inflation rate for most of 2021, accelerated in 2022. By last month, food costs were about 30 percent above prices in March 2021 according to Trading Economics

Past periods of fast and extreme food-cost increases, relative to what families can pay, caused widespread rioting and government instability in 2007-2008 and again in 2010-2011.

Direct comparisons are difficult, in part due to what is being measured, how it is being measured, and the effects of inflation on family income. Also, FAO has not reported March 2022 data yet, and that month will include more worldwide food price rises caused by the Russian-Ukrainian conflict. Those two countries are normally the world’s largest wheat exporters.

But for essential commodities, Sri Lanka over the past five months has seen food prices increase at least twice the world rate and at least four times faster than increases in wages and other consumer goods.

Past periods of fast and extreme food-cost increases, relative to what families can pay, caused widespread rioting and government instability in 2007-2008 and again in 2010-2011. That second period included the “Arab Spring” that remade much of North Africa and the Middle East.

Dr. Yaneer Bar-Yam, who heads the New England Complex Systems Institute (NECSI.edu), says that historically commodities speculation and tight corn supplies caused mainly by American use of corn to make alcohol for fuel are the major engines of volatile price swings in normal times and when world events like the invasion of Ukraine occur. NECSI is housed on the Massachusetts Institute of Technology campus, but strictly speaking is an independent organization using many MIT faculty members among others. Disclosure: I have occasionally been paid for work I have done for NECSI, but not since 2011. 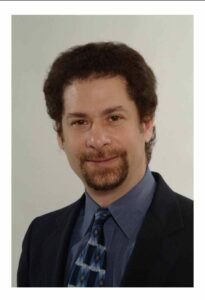 Dr. Yaneer Bar-Yam, who heads the New England Complex Systems Institute (NECSI.edu), says that historically commodities speculation and tight corn supplies caused mainly by American use of corn to make alcohol for fuel are the major engines of volatile price swings in normal times and when world events like the invasion of Ukraine occur.

“Complex systems” experts do not simply match trends and effects statistically, as is usually the case among economists. Instead, they create mathematical models – equations – that they can use to more accurately predict the future. NECSI staff led by Bar-Yam used a model based on the 2007-2008 data to predict the Arab Spring before it actually happened.

Now the world has moved toward the brink again. But what can be done about it, especially as different business and political leaders are already offering simplistic solutions?

First, obviously, make sure people do not starve! But in doing so, leaders must be careful not to make things worse in the long run. Bar-Yam noted that the 2007-2008 economic crisis made speculation on commodities like fuels and food rather attractive to many investors. That new money itself accelerated food price inflation. Oil futures doubled, to over $150 a barrel, before demand began to collapse.

Indeed, some speculation is very important to farmers and food producers. Farmers are in perhaps the riskiest of all industries. They can fall prey to monsoon failures, floods, wind and happenings elsewhere. So routinely, they sell futures to finance crop planting, pledging part of their future crop to speculators.

The farmers get an assured price for part of their coming crop, their lenders are happy, and speculators bear some of the risk – a risk they in theory can afford. Many manufacturers of food products also buy futures to help insure themselves of supply at a set price, for making bread and other items. That’s usually called “hedging.”

Thus, as with so many activities, a little speculation is good and a lot is disastrous. It has to be regulated, especially in times like these, but not eliminated.

Food items in tight supply balance such as corn (due to voracious demand for alcohol as a motor fuel and chemical feedstock) are subject to wilder swings because fewer speculators are needed to move the market. So any regulation needs to be tuned for given commodities. As an American, I can note that we cause much of the problem. Corn-alcohol does help stabilize fuel prices to a small degree, but the process is itself energy intensive (it takes fertilizer to grow it, for example). It would have died long ago, except for a curiosity. In the USA, Iowa is a major corn-producing state that has grown rich on alcohol. It is also the state with the first test of candidates running for president. Both parties profess to love corn alcohol!

But back to the question: Sri Lanka. Yes, existing policies have made the food predicament worse there. Yes, Sri Lanka is one of the first countries to see large-scale food rioting. But regional instability is not in the best interests of its neighbors…and the biggest neighbor is India.

Sri Lanka, with 22 million people and a GDP of only about $80 billion, should be small enough to help with pocket change. True, as of this week, Sri Lanka’s reserves of foreign exchange were down to about $2 billion – and that is only about $100 per person. The country is broke.

Can India guarantee Sri Lanka loans to buy food in India? What does that do to food prices for Indian consumers? What is the risk and cost to India compared to the risk and cost of handling a Sri Lankan government collapse? Again, Sri Lanka is small compared to India. Helping it requires careful calculation, Indian government transparency, and above all right now, speed. But the price, at first glance, seems small compared to the benefit.

It could also be a model to help ease Pakistan and Bangladesh tension and instability, but maybe India cannot assume that burden itself. Humanity, please. Not bluster. Same goes for the EU and the USA. This will very soon be a worldwide crisis. Countries mollifying their own populations by reducing or banning food exports, particularly wheat, are not thinking about the consequences – or the humanity.

(The writer retired as faculty at Columbia University’s Graduated School of Journalism in 2005. A writer of 19 books, Steve has worked in 85 countries. In India, he has taught at the Asian College of Journalism in Chennai… and also taught shop-floor foremen in the textile industry here more than 45 years ago)