Politics of bigotry won’t help Rajapaksa family this time around

More people have perished due to their own hubris than the power of a gun. Even as reports talked about Mahinda Rajapaksa, the prime minister, resigning to facilitate the formation of a national government, the prime minister office put out a press release that he had not resigned.

With the Sri Lankan cabinet resigning en masse barring the President and Prime Minister, the crisis in Sri Lanka has only worsened.  Partners of the ruling regime are out, ministers have resigned and disaffection rules the ruling party. The 225-member Parliament has to approve the Emergency promulgated by the government. With its simple majority under threat, that may not quite happen. 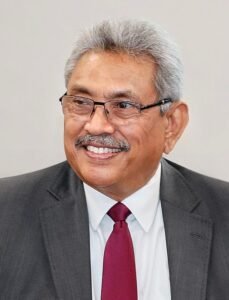 In the general elections, the Sri Lanka People’s Freedom Alliance scored 145 elections but out of this, seven parties including the Sri Lanka Freedom Party are in a position to oppose the government, bringing down its support to 119. Another two parties in the 11-party alliance are also in the opposition, which makes the government tally 117.

The government commands the support of a total of 122 seats including the one seat of what was called the Karuna group – the breakaway faction of the LTTE that gave a decisive blow to the Tigers. Out of this, seven MPs such as Vijayadasa Rajapaksa, Chandima Veerakodi and Roshan Ranasinghe are ready to withdraw their support. In addition, the Ceylon Workers Congress too has said it will withdraw support. If EPDP of Douglas Devananda and Pillayan withdraw their support too, the government would lose simple majority in the 225 member Parliament.

The government can still retain power if the Sri Lanka Muslim Congress that voted for the 20th amendment that expanded the powers of the President in October 2020 and a few others who have been inclined favourably toward the regime are roped in. (Click here to watch the video of a Facebook Live on the Sri Lanka issue conducted on March 26)

Such horse trading may be par for the course in normal times. Not now.

A national elections is also not feasible at the current moment when the nation is besieged by shortages. A stop-gap arrangement is therefore the best option.

Elections may well happen after February 2023 when the term of Parliament ends. Political parties in the island nation feel this is the best possible course. The 11- party group including the Sri Lankan Freedom Party holds this position. But for a new government to be formed, the prime minister has to resign.

What is muddying the picture are the internal equations within the family. The group that brought Mahinda that includes Udaya Gammanapila would rather sacrifice Basil Rajapaksa instead of Mahinda. But under the present circumstances, no Rajapaksa would be acceptable to the people who have been storming their residences. The situation is serious and unprecedented.

Laying siege to leaders’ houses has never happened. The people are angry and complain that the leaders who sold their country out would leave their nation but they have nowhere to go.

Those who are on the streets are those who helped the current regime assume power. They are not demanding a separate nation, nor are they interested in an insurrection.

This is the cry of the people who have no food at home, no power, no medicines, no milk to feed children, no fuel and no fertilizers for farming. What we are seeing now is only the beginning.

Those who have migrated out of Sri Lanka have started demonstrating to draw attention to the situation in Sri Lanka. The international community will not back the present rulers therefore. The rule of those who claim they redeemed Sri Lanka is certainly coming to an end.

The government is trying to hold on to power in Parliament. But people are on the streets and defying curfew orders. The clampdown on social media has put a curtain over the flow of information. But the people can no more be diverted by ethnic politics and past ruses like Buddhist hegemony.

(KS Radhakrishnan is an advocate who was recently in Sri Lanka)