The future of Dravidian politics – II

Here’s part two of the discussion with Professor Narendra Subramanian about what the future holds for Dravidian politics  (part 1 ) in Tamil Nadu.

Subramanian has studied the politics of ethnicity, nationalism, religion, gender and race in India. His work has explored the role of identity politics, electoral competition, public culture and policy. His book, “Ethnicity and Populist Mobilization: Political Parties, Citizens and Democracy in South India” speaks about mobilization behind language and caste banners that strengthened democracy in parts of India.

Will the BJP ever fit into Tamil Nadu?

The BJP and Hindu nationalism have remained weak in Tamil Nadu, despite their growth across India over the past two decades, including in other southern and eastern states where they were weak until then. 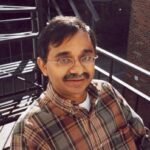 The BJP didn’t ever gain more than 3.2% of the vote in the Tamil Nadu assembly elections, and it gained no more than 2.9% since 2006. While it has polled more in some parliamentary elections, 7.1% at the highest in 1999, this was because its electoral ally, the AIADMK, allocated it more seats than its support in the state warranted because of its national-level influence.

It grew rapidly over the past two decades in various other states where it was weak until recently, including Kerala, Telangana, Odisha, West Bengal, Arunachal Pradesh, Meghalaya, Manipur, Nagaland, and Mizoram. It grew in these regions through intensive civil society mobilization and the distribution of considerable patronage since it gained power in Delhi in 2014. And because many of their political opponents were ineffective.

An important reason why the BJP was weak in much of south and east India through the twentieth century was its promotion of norms of the upper and upper-middle castes of north and west India. However, the party’s growth over the past two decades in some of these regions shows that it could overcome its cultural limits in Tamil Nadu too.

Tamil Nadu continues to resist BJP growth crucially because the Dravidian parties that have dominated the state since the 1970s, and especially the DMK, centred political discourse around a popular community defined by caste and language rather than religion, and built subcultures linking Hindus (especially of the middle castes) with Muslims and to some extent Christians.

While gaining support among the religious minorities too, the AIADMK and the Congress Party did not build such strong interreligious social links. This was a crucial reason why the BJP and other Hindu nationalist organisations such as the RSS and Hindu Munnani grew in the AIADMK-Congress strongholds in southern and western Tamil Nadu more than in the most durable DMK bases in northern and central Tamil Nadu.

An important reason why the BJP was weak in much of south and east India through the twentieth century was its promotion of norms of the upper and upper-middle castes of north and west India. However, the party’s growth over the past two decades in some of these regions shows that it could overcome its cultural limits in Tamil Nadu too.

However, the DMK and AIADMK, have been less involved in civil society mobilisation since the 1990s. This has limited their influence over society and left room for the growth of forces with different political visions including the BJP.

So far, the parties that have most effectively utilised the space for non-Dravidianist forces have been those that revived aspects of a non-Dravidianist Tamil nationalism – especially the Naam Tamizhar Katchi and the Desiya Murpokku Dravida Kazhagam, and those mobilizing certain middle castes such as the Paattaali Makkal Kathi and Kongu Nadu Munnetra Kazhagam, and Dalit castes – the Viduthalai Chiruthaikal Katchi, Puthiya Tamizhagam, and Aadhi Tamizhar Peravai.

What do you think of Stalin? Will the DMK evolve into something else? What will be its character?

The question about whether the DMK will “evolve into something” is puzzling. The DMK has been a major political force in Tamil Nadu almost since it was formed over seven decades back and especially since the 1960s.

Along with its offshoot the AIADMK, it introduced new forms of popular mobilization and somewhat distinctive forms of governance. The Dravidian parties used populist discourses that distinguished the common people from elites to mobilize various groups of middle and lower status and outdo the Congress Party that had focused more in Tamil Nadu on patronage distribution through social elites and bureaucrats. They introduced new policies that directed more resources to middling and lower-status groups, notably by raising caste-based reservation from 41% to 69%, and the midday meal scheme whose success encouraged its subsequent expansion and adoption in many other states and a similar though less effective national program. The DMK and the AIADMK retained some of these features although they retreated from mobilisation from the 1990s. 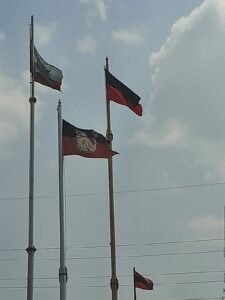 These parties changed their approaches to governance in some ways in response to the national-level turn toward neoliberalism since the 1990s. They shifted from the expansion of the public sector to the promotion of corporations. The regressive effects of neoliberal governance evoked resistance from some civil society groups. For instance, many caste associations pressed for the inclusion of new castes in reservation quotas or to create further tiers in reservation. They also opposed the introduction of the National Eligibility and Entrance Test (NEET), and the limits placed on the application of state-specific reservation for entry into medical schools. Various other associations opposed specific projects such as the construction of a nuclear power plant in Kudankulam and hydrocarbon production in the Kaveri delta.

To contain such pressures, the DMK increased subsidies and introduced a separate 1% quota for the scheduled tribes in higher education and government employment, and distinct tiers of 10% each within the Other Backward Classes quota for the most backward castes and the de-notified communities in 1989, and a distinct 3% tier within the SC quota for the Arunthathiyars in 2009.

The AIADMK similarly introduced a 10.5% tier within the MBC quota for Vanniyars in response to the pressures exerted by the PMK, thereby reducing the share of all other MBCs to 2.5% and of the denotified communities to 7%.

Stalin was groomed as Karunanidhi’s successor since the 1980s, when these changes in the DMK’s approaches to mobilization and policy occurred. The signs since the DMK’s return to power this time are that he will continue the prevalent patterns of neoliberal corporate governance combined with moderate redistributive measures.

The two parties and their governments are known to have institutionalized corruption so much that it is no more an election issue. Voters expect to be paid cash during elections. Is there a theoretical framework to this? Are people of the state becoming more and more transactional?

In Tamil Nadu and elsewhere in India, corruption primarily involves politicians and bureaucrats cornering shares of the investments in government schemes, significantly reducing the benefits reaching citizens. Far less resources are directed toward cash payments to voters during election campaigns, and the voters realise that they can accept such payments without feeling obliged to vote for the parties that offer these handouts.

Policy benefits have more influence over how people vote – benefits such as those associated with reservation policies, the midday meal scheme, investments in education and primary health, and the National Rural Employment Scheme.

These schemes have also had more beneficial effects on wellbeing and limited the regressive effects of neoliberal governance. They are crucial reasons why development has been moderately egalitarian in Tamil Nadu unlike in many other Indian regions, and why the Dravidian parties have maintained their electoral dominance although they withdrew from mobilisation.

Policy benefits, rather than handouts, have more influence over how people vote – benefits such as those associated with reservation policies, the midday meal scheme, investments in education and primary health, and the National Rural Employment Scheme.

We are seeing the re-emergence of Tamil nationalism opposing Dravidianism. What do you think of this?

This was mainly associated with the Desiya Murpokku Dravida Kazhagam in the 2000s and the Naam Tamizhar Katchi especially since 2016. The DMDK was an alternative populist force that based itself largely on the methods used by the Dravidian parties – it retained the Dravidian label and its leader reproduced much of MGR’s rhetorical style. The NTK’s assertion of Tamil nationalism involved stronger identification with the circumstances of Sri Lankan Tamils than the main Dravidian parties showed.

However, the growth in its support from 2016 when it polled 1.1% of the vote, to the last state assembly elections of 2021 when it gained 6.9% was not mainly because of its promotion of Tamil solidarity across the Palk Straits but because it benefitted from varied dissatisfactions with governance practices and mobilized effectively around specific issues such as Tamil Nadu’s shares in the Kaveri river waters, the proposed partial privatization of the Neyveli Lignite Corporation, and the likely effects of the proposed expressway linking Chennai and Salem on the environment and in enabling illegal mining.

The main implication of the growth in the DMDK’s vote share in the 2000s and the NTK’s in 2021 is not so much that a specifically non-Dravidianist Tamil nationalism has become popular as that considerable potential support is available for alternative political forces that promise new and potentially more democratic forms of governance.