Among major states which have set this goal are Uttar Pradesh by 2024, Maharashtra by 2025 and Tamil Nadu by 2030. States like Gujarat, Andhra Pradesh, West Bengal, Karnataka, Rajasthan, Madhya Pradesh are also marching towards the same vision.

In the case of Tamil Nadu, in 2020-2021, the state economy stood at $300 billion or approximately Rs 22.2 lakh crore. The state would need investments of an additional Rs 23 lakh crore to reach the trillion dollar mark by 2030 which is double the current size of the economy.

A key factor driving economic growth is power generation, distribution, and transmission, which has been in crisis across the country during the last two decades. Despite the efforts of the Union government to address some of the core issues, the states have not recognized the existence of structural flaws and anomalies in their regional economies. In Tamil Nadu, for instance, Technical and Distributional losses are far higher compared to other major states.

In the case of Tamil Nadu, in 2020-2021, the state economy stood at $300 billion or approximately Rs 22.2 lakh crore. The state would need investments of an additional Rs 23 lakh crore to reach the trillion dollar mark by 2030 which is double the current size of the economy.

Tamil Nadu has been a pioneering state in the country in providing power to all sectors. It achieved 100% village electrification much earlier than other states, besides being among the top 10 states in per capita power consumption.

In 2018–19, the power sector subsidy in Tamil Nadu was the second largest with 21.1 percent share after food subsidy which was 36.8 percent. Similar magnitudes have been continuing since then.

In recent years, there have been several studies that pointed out the importance of the power sector in lubricating regional economies like Tamil Nadu which is the second-largest economy in the country. A study by Delhi-based TERI institute (2017–2030) found that in Tamil Nadu economy “not only did total electricity consumption have high correlation with total GSDP—industrial and agricultural GSDP—but consumption from different sectors was also correlated with the GSDP of the respective sector.”

During the last ten years, the cost of power production has increased many fold. Despite several measures, Tangedco’s losses continue to increase on high costs and low recoveries due to a lack of structural and institutional reforms. As Of March 31, 2021, Tamil Nadu’s outstanding debt of power utilities – Tangedco and Tantransco – and STUs was Rs.1.99 lakh crore. The state-owned power generation company’s outstanding debt was Rs.1.24 lakh crore (62.31 percent) (excluding State government loan) and Rs 1.34-lakh crore (67.33 percent) (including State government loan of Rs.4,582.45 crore and UDAY Loan of Rs.4,563.00 crore).

The agriculture sector gets free power which is one of the structural flaws in the state. Small farmers are the main losers of most subsidies which only reach big farmers. Also, the domestic sector and the two water boards losses are on a huge scale due to several issues. There is an urgency to set priority to rationalize these sectors as per the guidelines of the Union government which has proposed a robust reform through amendments in the Electricity Act.

The present DMK government’s “White Paper on Tamil Nadu Government Finances” has stressed that public sector undertakings (PSUs) in the State especially the power generation and distribution companies have huge outstanding debts, in the order of 36 percent of GSDP which is significantly higher among major states and greater than the permissible limit of 25 percent. Thus, power sector reform is inevitable if the state doesn’t want to go bankrupt. So far, the state government has been directionless and has no conviction to work towards the vision. 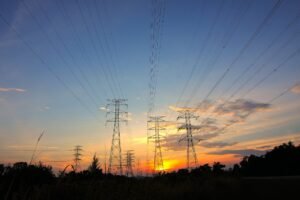 It would be folly to aim for a trillion-dollar economy without pondering over reforming the institutional governance structure of the power sector which is driving the economy but has not been given enough attention. In any case, the Tamil Nadu government does not seem to be sincerely pursuing the trillion dollar vision. In the two-day Assembly session, out of the dozen bills passed none is related to the trillion dollar vision.

Recently, the State government directed all district collectors to identify government land for setting up solar parks to generate renewable energy which is not a good idea given the robust power generation by the private sector in the state. The government proposals would surely meet the fate of agencies like Tangdco, which is facing crises due to corruption and acts of commission.

Also, the present DMK government is blindly opposing the amendments of the Central Electricity Amendment Bill, 2021, which are far-reaching reforms proposed by the Union government. The Union government focuses on four Cs — customer, competition, compliance, and climate to catalyze for a 5 trillion-dollar economy. It is simple economics that if the sector has more competition, customers would benefit through lower power prices.

Power sector reform is inevitable if the state doesn’t want to go bankrupt. So far, the state government has been directionless and has no conviction to work towards the vision.

Some non-BJP state governments like Andhra Pradesh have taken advantage of the proposals moved by the Union government to undertake reforms in the power sector. The Andhra Pradesh government has undertaken reforms to give power subsidy directly through Direct Benefit Transfer (DBT) to the bank accounts of its 18 lakh farmers. The DBT system helps the state government to streamline T&D losses by installing “smart meters, switches, and earth wires”. Separation of agriculture feeders has already been implemented successfully in certain states in India, which Andhra is taking up now.

One only hopes that the proposed detailed action plan titled “Towards One Trillion Dollar Economy” will honestly review the feasibility of this vision by breaking it up into sector-wise performance and reforms required.

The author is an Economist and Public Policy Expert