So why do Tamil film-makers stay away from web series on OTT?

Hindi dominates the web series scene on OTT platforms such as Prime, NetFlix, Zee 5 and Hot Star. Besides Hindi, Marathi, Bengali, Telugu, Malayalam and Kannada are visible on OTT. Tamil film industry does have pan-India artists and technicians but their OTT presence is at  a nascent stage.

Mobile phones succeeded in bringing  entertainment to the palm. Over-the-top media service evolved a decade ago. Film makers in the West started making movies for OTT five years ago. Like independent musicians, filmmakers and writers started releasing their works on OTT. And, the new concept of web series evolved in an effort to bridge the gap between feature films and soaps in television. Money Heist, a Spanish web series can be termed as a good example of this trend. The Hindi film industry that copies the West started applying the concept and the filmmakers started making web series in Hindi. Web series altered the way stories were told on screen.

The pandemic and subsequent lockdowns popularized OTT among the public. Though web series were released on OTT as early as 2018, the viewership touched new heights during the lockdown. Sacred Games, Family Man, Patal Lok, Mirzapur, Made in Heaven, Criminal Justice are smash hits in a long list of Hindi web series. Some of them were made in multiple seasons. A few Hindi web series made their presence in international competitions too.

Web series altered the way stories were told on screen

Not just popular OTT platforms, age restricted platforms like Voot and Ullu produce exclusive web series for their audience. MX Player has a loyal viewership for their web series.

The simple reason behind Hindi web series popularity is that the film makers are not shying away from new concepts. They are using OTT to test different methods of film making.

Turning a novel into a movie is considered difficult. A novel expands the imagination of a reader and presenting it within a defined time frame for a feature film is not easy. To turn novels into a visual treat demands exceptional skill and patience. Web series provide such an opportunity.  A lot of web series are produced from novels and the filmmakers readily make use of the novelists to pen the screenplay also. 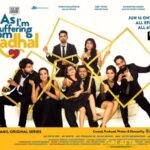 Tamil cinema has not succeeded in making good movies from novels. That is one reason why filmmakers struggle to make Tamil web series. It’s not a format they are used to.

Meanwhile, YouTubers were attempting to make web series. For instance, YouTube series like Kalkattu and Live-In attracted viewers. When Balaji Mohan released ‘As I am suffering from Kadhal’, there was expectation that more film makers would follow suit. But Mohan’s web series did not succeed as expected. Web series like Kaithi, Vellaraja and Venkat Prabhu’s Live Telecast did not succeed either.

The success of Queen starring Ramya Krishnan did make an impact. It revolved around a powerful woman politician. Vikatan Televistas produced November Stories which was fairly successful. Sadly, the list of such successful Tamil web series is not long.

Meanwhile, the anthology movies of Tamil film makers created a new buzz on OTT. Pavakathaigal, Putham Puthu Kalai and Kasadathabara were received well by the audience on OTT platform. Tamil film makers use OTT to release their movies post theatrical release. They seem to be satisfied with that.

Tamil cinema has not succeeded in making good movies from novels. That is one reason why filmmakers struggle to make Tamil web series

Lack of funds is said to be another reason in the Tamil film industry. Budget constraint is also said to be a reason for not making OTT exclusive films in Tamil. The Tamil cine world need not produce movies of scale like Baahubali for OTT but the producers should come forward to set aside some budget for independent filmmakers eying OTT platform. Getting approvals for web series or OTT films from production houses remains a big hurdle, film makers say.

Web series are not a hybrid of soaps and feature films. This common notion needs introspection from film makers and viewers in Tamil Nadu.

As long as such budget constraints prevail, the Tamil audience has no choice other than watching dubbed web series and OTT films from other languages.

Web series are not a hybrid of soaps and feature films. This common notion needs introspection from film makers and viewers in Tamil Nadu. Web series have their own character and style. They need tight storytelling to engage the viewers. Suspense has to spread across the series and it certainly requires skill. When such web series are produced in Tamil, our audience will start getting glued to Tamil web series too.