Saudi ban: What is Tablighi Jamaat then

One tweet by Saudi Arabia’s Ministry of Islamic affairs has led to debates and controversies around Tablighi Jamaat across the world. The tweet doesn’t stop with the statement on the ban on the Tablighi Jamaat but said that the Jamaat is a gateway of terrorism. To understand Tablighi, we have to first see what a Jamaat is.

Praying five times a day has been made obligatory for the Muslims. Observing fast during the month of Ramadan, taking out Hajj pilgrimage, and donating to the needy are some of the duties of Muslims. A Jamaat functions as a guide to Muslims who adhere to these. It takes decisions for them as a collective. Whether it is a wedding or a death in a family, the decisions are taken in the presence of the members of a Jamaat which is also responsible for administering the local mosque.

The residents of a particular locality, a group of streets, are attached to a mosque which is administered by the Jamaat.  The Jamaath conduct marriages and also register them. If disputes arise among the couples, the issues would be deliberated in the Jamaat. Sometimes, the Jamaat annuls the marriage conducted by it.  Jamaat gives permission to bury the dead in the burial ground and conduct the last rites according to the Islamic way.

As a collective, the Jamaat represents the Muslim community with the government. It runs schools as per Islamic principles and also inculcates the Islamic way of life in its members. The Jamaat has the responsibility to administer the mosque including paying the Imams who expound the Islamic way and teach the Quran to the children.

A Jamaat functions as a guide to Muslims who adhere to Islam. It takes decisions for them as a collective 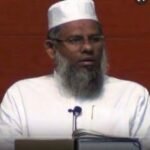 A particular Jamaat can partake in the affairs of Muslims living in the prescribed area and cannot intervene in the issues affecting Muslims living in the ambit of another Jamaat. There would be a principal mosque in a city and the Jamaat of that mosque takes decisions on issues of common interest to all the Jamaats in the city. A similar pattern can be observed for the entire state.

The Chief Kazi of the state government announces the exact date of festivals like Ramzan and Bakrid which would be followed by Muslims in all the districts. In short, the way of life of Muslims flows through the Jamaath.

Two types of Jamaat- Tabligh and Towheed have evolved of late. Both of them follow the Quran. They have only small differences. As the Tablighi Jamaat is at the centre of discussions, it is pertinent to know what it is and its functions.

Responding to the questions about these aspects and whether Tablighi Jamaat supports extremism, Mohammed Mansur of Makkah Mosque in Chennai says,”Tablighi Jamaat is essentially not an organisation or a group. Volunteers on their own expense preach Islam and its principles to fellow Muslims. The volunteers choose an area and through the local Jamaat contact the Muslims in their area and preach to them about the teachings of the Prophet. The volunteers of Tablighi also preach the virtues of charity. As they do not deviate from this, how could one implicate Tablighi Jamaat in extremism?” Affiliation with Tablighi Jamaat and other groups has been prohibited in Saudi for over 40 years. The siege of the Mosque in Mecca in 1979 was the prime reason for this. In the early hours of November 20, 1979, while some 50,000 faithful from all over the world gathered around the sacred Kaaba in Mecca, Islam’s holiest place, 200 men led by a 40-year-old preacher called Juhayman al-Utaybi mingled with them. When the Imam finished his prayers, Juhayman and his followers pushed him aside and seized the microphone. They were the members of al-Jamaa al-Salafiya al-Muhtasiba (JSM) which condemned what it perceived as the degeneration of social and religious values in Saudi Arabia. The JSM criticised the Saudi royal family for its alleged decadence.

The sight of armed gunmen in a space in which the Quran strictly forbids any violence, and a few gunshots, stunned many worshippers. The JSM brought the Grand Mosque under its control in an hour. Saudi Arabia could repel this siege with the help of foreign powers over two weeks. The Saudi government executed the rebels in public. As blood was shed in the holy place of Mecca, the 1979 siege became a blot in its history. From then on the Saudi banned partisan groups from functioning in its soil. Faithful Muslims can pray in Mecca but they can’t preach anything there. After the prayers the mosques would be closed.

This anecdote shows that Tablighi and various other groups were banned more than 40 years ago. Moreover, no proof was given that any one from Tablighi Jamaat had weapons or instigated violence. Tablighi Jamaat is not known to have any links with organisations like Al-Qaeda, Taliban, Jaish-e-Mohammed. The government did not provide evidence that Tablighi Jamaat volunteers were involved in violent incidents.

There might be some other reasons for Saudi to create a controversy around Tablighi Jamaat now. Significant changes are happening in ultra-conservative Saudi Arabia. Cinema halls have been permitted, recreation centres have been opened and restrictions against women are being lifted. The Tablighi Jamaath might cite these relaxations and speak against these trends. “Based on these kinds of assessments, the Saudi ministry may have issued the announcement against Tablighi,” says Mansur.

Faithful Muslims can pray in Mecca but they can’t preach anything there. After the prayers the mosques would be closed.

Meanwhile, amidst the Tablighi Jamaat controversy, countries like Pakistan, Bangladesh and Indonesia reportedly held discussions with the Ambassadors of Saudi Arabia in their respective countries. They were apparently told there was no new ban on Tablighi Jamaat, it is said.

While normalcy prevails in Saudi Arabia, it would be against the health of democracy to take Tablighi Jamaat as a topic of intense discussion and demonize a particular community.