This IIM faculty sold vegetables, worked in farms when he was in school

K Ramesh works as Assistant Professor at IIM – Lucknow. At 28, Ramesh has done a PhD from Indian Institute of Technology – Madras on the topic of Sustainability on Food Supply Chain. He has completed a dual PhD degree from University of Technology at Sydney. 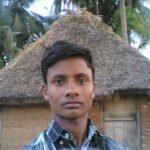 Ramesh began this pursuit of success from a rural government in Kallakurichi district. He did many odd jobs to support his studies and the family during school days. Ramesh’s family owned one acre of farm land at Nedumanur village. His father Krishnan is a small farmer who is typically weighed down by agricultural loans. The family lived in a hut. His mother Selvi was crippled and Ramesh’s elder sister dropped out of school after 7th standard.

Ramesh began this pursuit of success from a rural government in Kallakurichi district. He did many odd jobs to support his studies and the family during school days.

Despite the struggles, Ramesh was keen to study. He scored 448 out of 500 with a centum in Mathematics in his SSLC. He had to travel seven kilometers one way on his bicycle to reach the higher secondary school in Sankarapuram. And he had chores to complete before leaving for school: he had to pluck the green leaves and vegetables from the farm and sell them in nearby villages.

Ramesh earned money by climbing coconut trees to pluck coconuts. The farm owners paid him Rs 10 for climbing a coconut tree. During weekends, Ramesh worked in the farms in the village for daily wages. “No matter what chores I did, I ensured my studies were not affected. I knew my studies would be a ticket to success,” he said.

Ramesh studied mathematics and science in his higher secondary. He scored 1030 marks out of 1200 and he missed 100% in mathematics by one mark. The marks helped him to get a mechanical engineering seat in Anna University campus in Trichy. “It was joyful news but my family was crestfallen about the education expenses. Luckily, Agaram Foundation came forward to help me,” Ramesh said.

As a Tamil medium student, Ramesh struggled to cope with the studies in English medium during the first year. He took the help of English dictionaries. His classmates helped him to study English. It was a breeze from the second year. Ramesh also learnt the importance of preparing for GATE that year. Along with his friend Rajiv, he studied at GIT coaching centre.

Ramesh got a job offer from Sonalika Tractors after BE. His GATE score, meanwhile, helped him to get a seat at National Institute of Technology, Trichy. He joined the M Tech course at NIT. He used his GATE preparation to earn some money by tutoring other aspirants. And, the monthly scholarship amount of Rs 12,400 helped. Ramesh at Australia during his joint PhD programme

Once he completed his M Tech, Ramesh had to make choices again. He got a job offer at Hyderabad. He also got a PhD seat at IIT-M with a fellowship of Rs 25,000 per month. He chose higher studies. He also got an opportunity to complete a Joint PhD at Sydney.

As a Tamil medium student, Ramesh struggled to cope with the studies in English medium during the first year. He took the help of English dictionaries. His classmates helped him to study English.

Ramesh completed PhD last year. He got teaching jobs at IIT Kharagpur, Roorkee and Dhanbad and IIM Lucknow. He joined IIM Lucknow. “It has been an eventful journey all along,” he said.

He has constructed a house for his parents at his native village. Ramesh married his college mate Raghavi and the couple has a child. “I am interested in teaching and research. My life is an example that perseverance and hard work will succeed,” he added.