The 2017 jallikattu protests marked a watershed moment in recent history of Tamil Nadu. It brought forth young Tamils’ rootedness and also their anxiety about losing their traditions. Boycott of colas was mooted, for instance. Campaigners for jallikattu alleged that the ban on the bull sport was a move against indigenous breeds. Since then, A2 milk has become a sought after product since the milk is produced by the desi cow. A2 has become the byword for quality, purity and good nutrients and A1 representing what is foreign, unhealthy and harmful. How different is A2 milk from A1 milk then?

A2 has become the byword for quality, purity and good nutrients and A1 representing what is foreign, unhealthy and harmful. How different is A2 milk from A1 milk then?

Milk contains 87 percent water. Rest is milk fats, proteins, lactose and minerals. Casein is the dominant milk protein and determines whether the milk is A1 or A2. Another protein is whey protein which forms the cream. Milk also contains enzymes such as lipases and phosphates.

A1 and A2 differ on the protein (casein) types the milk contains. The difference between A1 and A2 is the peptide called BCM7. The proteins are a chain of some 500 amino acids out of which one amino acid is different for each. A1 has Histidine which releases Histamine that can trigger allergic reactions in some people. A2 milk does not have this peptide, potentially making it fit for consumption by all. “There is not much difference between A1 or A2 except a difference in amino acid,” explained a scientist at the National Dairy Research Institute (NDRI) in Karnal, Haryana, who didn’t wish to be identified.

“There is not much difference between A1 or A2 except a difference in amino acid,” explained a scientist at the National Dairy Research Institute (NDRI) in Karnal, Haryana, who didn’t wish to be identified.

The White Revolution or Operation Flood launched in 970 modernized cattle farming. Exotic breeds like Jersey, Holstein Friesian and Brown Swiss were imported to improve the quantity of milk. India did have indigenous cow breeds like Gir, Rathi, Ongole and Red Kandhari but their yields were far too less to achieve the vision of a White Revolution.

India did have indigenous cow breeds like Gir, Rathi, Ongole and Red Kandhari but their yields were far too less to achieve the vision of a White Revolution 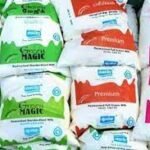 Operation Flood revolutionized India’s dairy front. India turned into a major milk-producing country in the world. Over time, the cross breed was born, as a cross between the exotic ones and the desi cows.

For all its success, Operation Flood was also blamed for decimating Indian breeds. This criticism came to the fore during the jallikattu protest. The cross breeds can produce A2 milk if the indigenous breed genes dominate. But they mostly produce A1, making it the most consumed milk in India today.

Again, the human digestive system breaking down the milk proteins differs from person to person. There is a tricky point here too. Most of the research on A2 milk is funded and supported by a New Zealand dairy corporation, say independent experts. The logic of international conspiracy could be very well applied here too.

Operation Flood introduced mass production of milk so milk could be sold in sachets. Packet milk is homogenized and pasteurized to kill bacteria and make the composition even through-out the milk. Suspicion over factory milk has led to a boost in the value of fresh milk from desi cows.

Ramu, organic farmer and panchayat president from Bagaveli village near Ranipet, owns native cow breeds. The animals graze in his field, an organic farm. The family sells the excess milk. “Fresh milk is much superior. The milk quality is retained and it has all nutrients,” Ramu stated.

Fresh milk needs to be distributed within four hours after which it coagulates. The challenge here is the distance between farms and consumers. Fresh milk can’t be distributed to distant places. Homogenizing and selling in containers including packets are viable options but while that may make the milk A2, it will still be factory milk.

Nature enthusiast Vanavan from Chennai Mathavaram says packet milk is widely available. “I have my apprehension on the quality of packet milk. How does it stay fresh for so many days?” asks Vanavan. He is also suspicious of the massive advertisement for packet milk as well as this recent commercial trend on A2 milk. “I would still prefer milk from indigenous breeds,” he added.

Such suspicions are common today. Sivasubramanian, Former General Manager of Aavin, rubbishes them, however. There were some malpractices by dairy companies two decades ago. Such things are of the past now, he said. Dairy firms including Aavin follow homogenizing to retain milk quality. The milk is skimmed for milk fats and milk products like butter. The processed milk is then sold in the packets, he said. Sivasubramanian also explained the dairy farms have moved towards quality control, quality assurance and quality management. The processed milk is safer, he said.

During packaging, the milk is pasteruised. Pasteruisation, named after the inventor Louis Pasteur, is a process where the milk is heated to 72 degrees and suddenly cooled. It eliminates harmful bacteria and increases shelf life. The milk is next homogenized. It’s a process of mixing the milk to break down the fat globules into extremely small particles uniformly.

Pasteurisation and homogenization doesn’t introduce any additives. While the process kills germs and breaks down fat globules to increase shelf life, vitamins like B12 degenerate. Fresh milk is thus superior because it provides all the nutrients in milk.

Pasteurisation and homogenization doesn’t introduce any additives. While the process kills germs and breaks down fat globules to increase shelf life, vitamins like B12 degenerate

The scientist at NDRI says indigenous cow breeds provide rich milk when compared to crossbreeds or exotic ones. The fat content is a handsome 4 plus percentage in native cow milk. The cows are disease-resistant and come with a better feed conversion ratio, he adds.

Sivasubramanian says that over his decades of service at Aavin, he has seen the Fat and Solid-Not-Fat (SNF) contents of Aavin milk product deteriorating. In 1985, when he joined Aavin, the fat content and SNF of the milk procured were 5.2 % and 8.2 % respectively. This is now below 4 and 8 percentages, he says. He attributes this to cross breeds with dominating exotic genes.

Senior scientist at the department of science and technology, T V Venkateswaran said that too much is being made of the differences between the milk types. Even the native cow milk is packeted after homogenization. Man is the only animal consuming the milk of other species. It is against nature. Allergic reactions for some people are inevitable. In the past, people consumed fresh milk with high-fat content. The hard labour they did helped them to digest it, he pointed out.