Tamil vs Sanskrit is an absurd conflict: Expert

Ever wondered why so many Latin words are found in English. All the botanical names are in Latin. Ad hoc, Habeas Corpus, Stat; the terminologies we use in official, legal and medical fields are all Latin. Latin acts as the root for many words in European languages. The major European languages like Spanish, French, Italian, Portuguese, and Romanian called Romance Languages evolved from the Vulgar Latin spoken during the Roman Empire. The Roman Catholic Church held all its literature and liturgy in Latin till the 20th century. Latin was praised and treated as a classical language. Yet, Latin is considered dead language today. 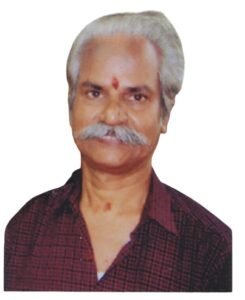 Applying it in the Indian context, we have Sanskrit. Latin and Sanskrit share a common thread. They are classical and cosmopolitan and both emerged from the common root language Proto – Indo – European. They acted as the Lingua Franca of respective times, a shared language that people speaking various languages would use to communicate. Latin was the official language of the entire Roman Empire spread from the United Kingdom to Africa. It was a language of the academy, a cosmopolitan language for literature. Latin was never spoken by the masses. Citizens and slaves of the Roman Empire spoke in different tongues. So is Sanskrit across the Indian continent and as far as Iran, says retired epigraphist S Ramachandran. It makes little sense to keep it on par with regional languages and tussle over superiority, he reasons.

Sanskrit is an assimilation of words from different languages. Ramachandran says ‘Samas’ the first part of the word ‘Samaskrutham’ could be traced to Tamil language. ‘Semmai’ in Tamil which translates into refined, glorious, higher, full is the root for Samas. The traditional interpretation is that Samas means to meet or blend, opening a possibility of assimilation.

But Prakrutham (Prakritic) is purely of Indo-European. Pra is the root for pro and pre – means past or higher – and the term is found in the European languages. Prakrutham is a natural and colloquial form. Samaskrutham is the refined and pure form emerging from the Prakritic languages spoken in the country during that time.

Ramachandran is confident that poets like Kamban and Thiruvalluvar should have been proficient in Sanskrit. The literature these two legends created reflects the number of materials they should have referred to, including from Sanskrit. That Sanskrit assimilated seven Prakritic languages of that time indicates Tamil’s influence on the language as well. For instance, the community word Ahir in North India is derived from Abhira meaning cowherd in the Prakritic language Apabhramsa. Only Tamil has the root word of ‘Ah’ for cow while it is ‘Gau’ in Sanskrit and other Indo-European languages. The phonetics ‘H’ is added to give majesty to the word, he says.

Over time, Tamil heavily influenced languages like Hindi and other languages. To quote some examples, the root words for ‘raho’ could be ‘Urai’ and ‘Pugal’ could be for ‘Bholo’. Urai means to reside and Pugal means to say. The terminology ‘Tandapani’ draws the first word from ‘Thanneer’ since the term ‘Than’ means cool.

Ramachandran calls the entire tug of war over the superiority of Sanskrit and Tamil as futile and meaningless. We are comparing two languages of different calibers. Tamil scholars could have very well researched how Tamil influenced other North Indian languages. But, the objective got deviated to prove which is superior, Tamil or Sanskrit, he says.

He also said that the phony linguistic divide over Tamil and Sanskrit was driven by scholars from both sides. Sanskrit scholars fail to see the influence of Tamil or Dravidian languages on Sanskrit. They don’t realize that Sanskrit was a classical, refined and cosmopolitan language that acted as the repository.

Sanskrit should not be reduced to being associated with a community or liturgy, he says. It was a connecting language in a country that had too many tongues. The scholars of the language were from different communities. Classical Sanskrit was not meant only for the Brahmins. During ancient and medieval India, most of the literary works including from South India were done in Sanskrit. Scholars and poets preferred Sanskrit because it was the Lingua France of pan-India at that time. One needs a common language to connect to people across the country.

Classical Sanskrit was not meant only for the Brahmins. During ancient and medieval India, most of the literary works including from South India were done in Sanskrit. Scholars and poets preferred Sanskrit because it was the Lingua France of pan-India at that time

The epigraphist also said there need not be any heartburn over the central government allocating funds to Sanskrit. “Even if it is dead, what is wrong in preserving it? Sanskrit is the repository of literature and art of ancient and medieval India. It has assimilated the wealth of the words of our country for many centuries. Shouldn’t we protect this rich repository? Why are the governments across the world spending so much money to preserve their ancient culture and museums?” he asked.