The challenges that Ramkumar had to face were far more than what anyone faces in life. Born in a Dalit family with limited means in Kothamangalam village near Vellore, Ramkumar is visually challenged. Sightless from birth, Ramkumar was born to parents who were daily-wage workers. Yet, today, through sheer guts, determination and help from well-wishers, Ramkumar is serving as Assistant Legal Manager at Coal India Ltd.

Ramkumar studied till Class 8 at a school for the blind run by Guild of Service at Vellore. Then he studied at the Government High School for the visually challenged at Poonamallee. “I had only two sets of clothes when I was in school, out of which one set was the uniform given by the government. In a family situation where good food was a luxury my physical challenge only added to the problems,” he recalls. 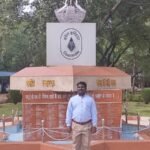 But Ramkumar was determined to study law. He wanted to study Communication English so he could get better at the language but the subject was not offered at his school. Helping hands facilitated his progress. “I participated in the Kalvi Vazhikatti programme offered by educationist Nedunchezhiyan. I had called him and told him about my desire to study law. He remembered this and got CLAT application for me. My school headmaster David Wilson helped me fill the form,” he says.

In 2011, he passed Class 12. Ramkumar passed CLAT exam and got admission but he didn’t have the money to pursue it.

He wanted to study BA English literature at MCC, Loyola College etc but could get admission in BA (History) at Nandanam Arts College. Fortunately, however, one seat in English Literature course fell vacant and he got that seat. “I studied in Tamil medium, so I could not speak English. It was tough,” he recalls.

Ramkumar met Nedunchezhiyan again at his office along with his friend and told him about his law dreams. He advised him to quit college and come to him and also gave him money for expenses. “I quit college and started going to Technocrats India Finder College. I would get two meals a day and some money for expenses there. Nedunchezhiyan would teach English to me. I would listen to the English spoken by employees in the office. At the same time, I was preparing for CLAT,” he adds.

In 2012, he passed CLAT and got admission at National University of Advanced Legal Studies in Kochi. The course expenses for five years ran into several lakhs of rupees and Ramkumar had Rs 700. But Nedunchezhiyan told him to go ahead and join. “He took me to a shop and bought five sets of clothes and shoes. He also got me a good walking stick,” he says, adding that Nedunchezhiyan paid the admission fee of Rs 25,000.

In 2012, he passed CLAT and got admission at National University of Advanced Legal Studies in Kochi. The course expenses for five years ran into several lakhs of rupees and Ramkumar had Rs 700. 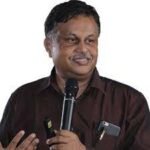 The Technocrats India College Finder is run by D Nedunchezhiyan

Nedunchezhiyan spoke to Vice-Chancellor Jayakumar of the university who promised help. “After that, I really don’t know who all paid for my education. Many of my friends, professors and Nedunchezhiyan paid my college and hostel fees. My roommates wouldn’t even tell me what they were giving to support my education,” he says.

Ramkumar passed BA LLB (Honours) in 2017. “When I graduated my friends bought a laptop for me. I had saved much of the money my friends gave me for expenses. This amounted to Rs 60,000. I used this money to join LLM in Constitution and Human Rights at Dr Ambedkar Law College in Taramani,” he says.

Ramkumar didn’t have to pay college fees. He couldn’t stay at the hostel so rented a room outside campus and stayed there. Knowing that he was pursuing higher studies, his friends would send him money to his bank account.

In 2018, he got the Coal India Ltd job drawing a salary of Rs 60,000 a month. “My family couldn’t believe the news. I flew to Delhi to join the company. This was the first time I had flown in a plane,” he says.

From Delhi, he flew to Ranchi where he was trained for four months. Ramkumar was posted at South Eastern Coal Field in Bilaspur, Chhattisgarh where he has been serving for the last three years. “I am thankful to Nedunchezhiyan and all my friends,” he recalls.

Ramkumar doesn’t want to stop here. He hopes to get special permission to appear for the fourth semester at the LLM course so he can pass it and join LLD. His aspiration is to teach as professor in a law university. He is hoping the government and the university will help him pass the LLM course.

Ramkumar is planning to marry Lakshmi, a visually challenged person who has studied MA Tamil, in the next few months.