In pre-Independence Chennai, Chitrakulam area in Mylapore was an adda for writers, among other things. Big names in Tamil literature used to meet there. It was in one such meeting that Kalaimagal magazine was born. They took inspiration from a popular English magazine, Triveni, those days and felt that there should be a similar magazine of sorts for Tamil too. Kalaimagal turns 90 this year and the magazine continues to play a significant role in Tamil journalism.

The first edition of Kalaimagal was published in January, 1932, two years ahead of another popular magazine of that time, Manikodi. During the initial days, Kalaimagal focused on scholarly articles in Tamil literature but started giving more space for short stories and novels over time. In the last nine decades, Kalaimagal has been a platform for many journalists and authors, some of them doyens of Tamil literature. Not just Tamil authors, Kalaimagal, through its translations, introduced many popular authors including Marathi writer V S Kandekar to Tamil readers. 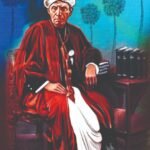 The scholars of Tamil language meeting at P N Appuswamy’s house in the year 1931 decided to bring out Kalaimagal with Tamil Thatha U Ve Swaminatha Iyer at the helm as editor of the magazine. Incidentally, R Narayanaswamy Iyer who was publisher of Triveni magazine was part of the meeting. Iyer was also publishing the Madras Law Journal from his press. He agreed to publish Kalaimagal from his own press.

U Ve Swaminatha Iyer was the first editor of the magazine and T S Ramachandra Iyer was the managing director. The editorial board had popular names like Ki Va Jagannathan, P N Appuswamy, Vaiyapuri Pillai, historian Neelakanda Sastri, Mu Ragavaiyengar and R Ragavaiyengar.

After Swamynatha Iyer, Ki Va Jagannathan took over as editor for the next five decades from 1936 to 1988. Jagannathan was a face of Kalaimagal and he was assisted by some of the popular names like Thi Ja Ra, R V, Ka Sri Sri as deputy editors. After Jagannathan, Ramani was editor from 1988 to 1995 and the mantle then passed to the present editor Keezhambur S Sankarasubramanian. 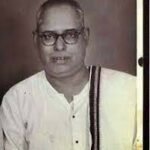 While U Ve Swamianatha Iyer focused on well-researched literary articles, Kalaimagal shifted to soulful short stories during the editorship of Ki Va Jagannathan. Some of the celebrated authors of Tamil language namely Puthumaipithan, Ku Pa Rajagopalan have written stories for Kalaimagal. Kalaimagal was the first magazine to publish short stories of Tamil literature, says author Somale.

Ku Pa Rajagopalan in an article in Navasakthi has pointed out the trend pioneered by Ananda Vikatan, Manikodi and Kalaimagal those days. Kalaimagal was the common platform for authors from both Ananda Vikatan and Manikodi to publish their articles, he stated in his article. Bharathiar’s handwritten copy of a poem 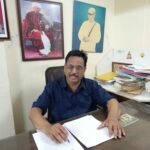