I watched the movie Jai Bhim whose theme is the plight of Irulars. The suffering that a section of people undergo has been portrayed artistically in that movie.

Jai Bhim has kicked off a debate. Writers, representatives of marginalized groups, as well as people holding positions of power and leaders of caste organizations have weighed in with their take on the movie.

What is clear is that for the first time a film about a marginalized group has been brought to the attention of the majority of people. This is Jai Bhim’s success. But we also have to see if the debate that has arisen will help to solve the core issues concerning Irulars. Almost all Irular dwellings have women skilled in handling snakes.

Since Irulars live in forests and forest-adjoining areas, they have much traditional knowledge of forests. They are adept in catching snakes. Almost all Irular dwellings have women skilled in handling snakes. Hunting rats is also common. These skills come from the training they get from their parents and elders. Irulars do not have enough means to earn a proper livelihood. They find it difficult to get good jobs.

Irulars do not have enough means to earn a proper livelihood. They find it difficult to get good jobs.

rular dwellings are typically outside villages and don’t even have basic facilities. It’s rare to find people who have taken up the cause of their welfare. Irulars are few in number; therefore politicians don’t speak for them.

Everyday life is a struggle for Irulars and many of them are bonded labourers working in rice mills and brick kilns. Even if they are rescued from there, they often revert to the old situation since they don’t find alternative means of livelihood that would rehabilitate them.

Since they live outside villages and there is a question mark over the location of their dwellings, they are unable to get ration cards or caste certificates. They lag in education, too.

Since they don’t get nutritious food, they are often malnourished and suffer from many diseases. They have shorter lifespans, as a result.

In general, Irulars live in small groups and have been ignored and marginalized. They are among the weakest sections of society.

This is the reality of Irular life today. So, is it possible to help this marginalized community by giving them opportunities and hope?

Yes, it is possible. It can happen through concerned experts who care for Irulars.

Here are some examples of such experts. 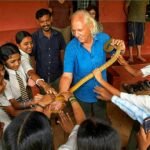 Among the most significant in those who have helped Irulars find a new life is Romulus Whitaker. Having come to India to do research on the King Cobra, Whitaker befriended Irulars. He helped to set up the Irula Snake Catchers Industrial Co-operative Society that functions from the Crocodile Bank on ECR in Chennai. This functions as a Irular cooperative.

Irulars who are adept at handling venomous snakes are members of this society that is helping them earn a decent livelihood. Their lives have improved, as a result.

n Thandarai, Chengalpet, there is an Irular women welfare society that leverages traditional Irular knowledge of herbs and trees. Set up by Zai Whitaker, who was Romulus’ wife, this organization has grown and sustained due to the efforts of Krishnan. Several hundred Irular families have benefited from it. This organization has created an artificial forest with various tree species on a 10-acre piece of land. This effort is another success story. 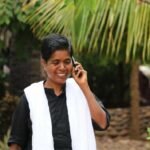 Kancheepuram Makkal Mandram has helped to rehabilitate Irulars who had been bonded labourers. Mahesh and Jessy of Mandram have worked with Irula tribals for their education and economic progress.

In Tindivanam, due to the efforts of Prabha Kalvimani, many Irular families have blossomed. His work is a voice for the oppressed.

Podhi Devavaram has proved that by providing education and jobs, Irular lives can be transformed. He works among Irulars near Kunrathur.

These are examples of service to Irulars that has helped to uplift some of them. These can serve as a model for further action.

In the recent local body polls, many Irulars have been elected panchayat presidents and ward members. Their honest functioning has to be facilitated. If activists and government ensure this, then Irulars can feel empowered and get trained in exercising power that serves the community. That itself will generate much confidence.

In the recent local body polls, many Irulars have been elected panchayat presidents and ward members. Their honest functioning has to be facilitated. If activists and government ensure this, then Irulars can feel empowered and get trained in exercising power that serves the community.

Many of those elected to local bodies had been bonded labourers and were rehabilitated. For instance, at Odukkathur in Vellore district, Meenatchi has been elected panchayat president of Kuppampattu. She had been a bonded labourer along with her family and has been rehabilitated. She is not trained in local body functioning. She will do well with guidance and training. She can uplift a whole community.

Irulars have been elected to local bodies in Ranipet, Kallakurichi, Chengalpattu, Tiruvallur and Kancheepuram. It is possible that threats from other communities and officials may emasculate their functioning. To ensure this doesn’t happen, those elected should be given training on how power is discharged in government, how to supervise the functioning of local government, and how to effectively use the powers of local bodies. If practical training is provided to those elected, marginalized sections can awaken and blossom. They can progress in education and in society.