Rajinikanth and his style continues to have much market value. Producers still want to trade in that value. Rajini’s fans are still eager to see their star – he might be 70 years old, so what? – on screen. But gone are the days when people would watch a movie only for Rajini. In truth, those days have been gone since 2000. This truth has been reinforced by Annatthe.

Annatthe has made most fans wonder if their love for Rajini is being milked dry. Many of his fans are from the poorest of families. For most of them, Rs 200 is a stiff price to pay to see their star. Annatthe starts with the villain saying they didn’t get Annatthe but Annatthe got them. It is quite possible that Rajini fans felt the same way after seeing the movie that is going the Baba way.

Annatthe starts with the villain saying they didn’t get Annatthe but Annatthe got them. It is quite possible that Rajini fans felt the same way after seeing the movie that is going the Baba way.

Baba that was released in 2002 was seen as a flop after first-day-first-show. It shattered the image of Rajini as a man who could sell a movie solely on the strength of his image and personality. It took nearly three years for Rajini to shake off that flop. It took a Chandramukhi for him to raise his voice again. But Chandramukhi cannot be called a Rajini film. The title refers to the heroine, played by Jyothika.

Neelambari may have overshadowed Padaiyappa but the film was named after Rajini’s character. The name Chandramukhi was a tacit recognition by Rajini that people will not come and watch a movie just for him. The last time he had acted in a movie that was named after the heroine character’s name was Priya. And that was in 1978.

After Chandramukhi, Sivaji and Endhiran were noteworthy but they had the stamp of Shankar all over them. Lingaa, released on his birthday, proved to be a headache for Rajini. It was its flop that made Rajini turn towards new blood in direction. Kabali and Kaala were not typically commercial but had Ranjith’s political beliefs written into them. Petta and Darbar too followed a similar storyline even if they sought to revive the old Rajini film. But, outside Rajini’s circle, few agreed they were big hits. 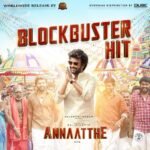 With Annatthe, Rajini had to prove a point. Despite serious health problems, he has acted and helped to make Annatthe. He had Siruthai Siva, who has given a series of hits for Ajith, direct this film. But it looks like both believed in the other than themselves. The theme they took up was an old one that movies had stopped using. Sun Pictures made it a mega production.

It has become routine for Rajini films to be announced super hits but soon followed by chatter that they had not been money spinners. The economics of a Rajini film are still not clearly fleshed out. It may well be that seeking the widest possible release across most of the theatres ensures that the film pays back the investment within a few days, banking solely on the initial draw of an Rajini film. Annatthe does have such a wide release. Soon we will know if that strategy has paid off. Annatthe has made the writing clear on the wall. Just acting the part of the old hero will no more work for Rajini. It is time he played age-appropriate roles.

Annatthe has made the writing clear on the wall. Just acting the part of the old hero will no more work for Rajini. It is time he played age-appropriate roles

There are many in Kollywood who can come up with innovative stories and plots within the Rajini framework but with him playing his age. But Rajini will have to entrust himself in their hands.

Rajini’s fans still love him. And, knowing him, Rajini will not hang his boots. He will seek to act again. But  his films cannot anymore be those that take Rajini back several decades.

Rajini had long ago acquired a name acting in movies. There have been standout movies that stand on Rajini’s acting and connect with the people. It may be time for him to change with the times even if diehard fans don’t want him to change.