The Tamil Nadu Assembly has hit a century. Its history began as Madras Legislative Council on 12.1.1921.

The council met at the Council Chamber at Fort St George from then to 1937. On July 14, 1937, a Congress ministry headed by Rajaji took power. And the legislature became bicameral. While the Legislative Assembly met at the Senate Hall of Madras University, the upper house met at Fort St George. 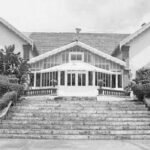 When linguistic reorganization of states happened and Andhra Pradesh was born, the number of members in the Assembly reduced. As a result, the Assembly went back to Fort St George. In April of 1959, the Assembly met at Arranmore Palace in Ooty for 10 days while the Council met there for a few days in May.

From August 31 of that year, both the Assembly and Council met at Fort St George.

In Kotturpuram, on the Anna University campus, a foundation stone was laid to construct Assembly premises. But this was dropped too following public opposition. 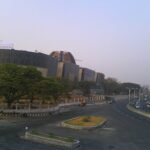 In 2010, the new Assembly building was unveiled at the Omandurar Estate. Next year, the AIADMK government moved the Assembly back to Fort St George and converted this building to a hospital.

In 2020, during Corona outbreak, there was a question over holding the Assembly at the fort due to social distancing requirements. As a temporary measure, the Assembly has been meeting at the third floor of the newly constructed Kalaivanar Arangam. The saga of the Assembly premises continues.