Hemson, a fisherman and boat owner from Eraviputhanthurai in Kanyakumari district, had a close shave with a merchant vessel in the Arabian sea some years ago. “It was a moony night. We had anchored and were fishing for bait fish (small fish used for catching larger ones) when a dark monstrous shadow engulfed us. Until the very end we did not realize that it was a massive merchant ship. Luck was in our favour and the ship only passed by,” he said.

Sailing on a wooden vessel, colliding with a massive merchant vessel made of tonnes of steel is a nightmare for the fishermen. On Oct. 22, 2021 a Panama flagged vessel rammed against a fishing boat from Kottilpadu in Kanyakumari district off Colachel coast and two fishermen sustained injuries. The fishermen associations demanded compensation to the injured fishermen and the damaged boat.

Not just off Indian coasts, mid-sea collisions happen across the world even involving advanced vessels like Navy crafts. 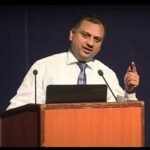 “Even if we manage to stop the engines driving the ship, it takes four nautical miles to bring the ship to a complete halt,” said Captain Sanjay Prashar, National Shipping Board member.

But are the merchant vessels, as fishermen narrate, the monsters mercilessly mowing down hapless fishermen in the deep blue sea? The fact is the merchant navy men are as scared as fishermen about possible collisions. Coming across a lone fishing boat anchored tightly on their path is not a pleasant sight for a sailor on the bridge. A merchant ship on her full steam will be clocking some 30 km/hour. Diverting such a massive ship or bringing it to an abrupt stop is nearly impossible, say seasoned mariners. “Even if we manage to stop the engines driving the ship, it takes four nautical miles to bring the ship to a complete halt,” said Captain Sanjay Prashar, National Shipping Board member.

Mercantile Law mandates merchant ships with a lot of rules on the sea. There are specific shipping lanes the merchant vessels have to stick to. It is not easy to divert or circumvent such predefined shipping lanes, Prashar stated. There are speed patterns to be followed. The line of sight at sea is limited to six nautical miles and 10 nautical miles using radar. There are many challenges for the mariners when they encounter fishing boats everywhere even in non-fishing zones, Prashar pointed out.

Merchant navy men call the group of fishing vessels on their way as clutter and the gap between these fishing boats they call passage. If the clutter is tighter, it is easy to avoid them but a clutter spread sparsely makes navigation difficult for them. At any given time, there are three crew members keeping a vigil at the bridge. They try their best to avoid collision with a fishing boat. The captain of the ship decides to switch from heavy oil to diesel fuel if the fishing boats are found on their way. Diesel traction gives better maneuverability but is costly. Ships on long voyages use heavy oil to save money on fuel.

“In spite of best efforts, collisions happen,” said Prashar. But the aftermath is not pleasant for shipping companies as well, he stated. Using satellites and AIS (Automatic Identification System), it is possible to narrow down the ship involved in the collision. The ship will be asked to divert for investigation but it will cause heavy financial losses for the shipping companies. Many tend to avoid such diversions but the vessels can be impounded upon entering the country’s ports. Even a day of detention will incur the loss in lakhs of rupees money so the shipping companies will try to wriggle out of such situations, Prashar explained.

While fishermen talk about arrogant merchant ships, merchant navy men allege there is a tendency to rush to courts for compensation. Disputes drag on and off-court negotiations begin. For merchant shipping companies, ship detention is a nightmare scenario. It means loss of crores of rupees, contracts with various parties being breached and compensation needing to be paid out. Insurance support will reduce, too. Most companies try to settle off-court and don’t mind giving a few lakhs of rupees even if they feel they were not at wrong, says an experienced merchant ship captain who didn’t wish to be identified.

In case of collision, the ship has to stop and save the lives at peril as mandated by the International Convention for the Safety of Life at Sea (SOLAS). “Nobody can justify leaving lives at sea after the collision and if they do, it is criminal negligence. There are Indian captains languishing in Chinese and Taiwanese jails on these charges. If so, why should anybody be spared in Indian waters?” asked Prashar. This row over collision between fishers and mariners should be resolved with a proper arbitration system. “The central government institutions for fisheries should do research to help our fishermen avoid mid-sea collisions,” he added.