Govt control of temples 2: What about Wakf Boards and Churches?

The first part of the article traced the history of government control of temples in Tamil Nadu. This article deals with the fairness argument.

Muslims donate property for public works and to mosques, which are called Wakf. To control this property Wakf Boards were set up across India after the British left. There are some 3 lakh recognized Wakf agencies.

Wakf Board Act was passed in Parliament in the year 1954 enabling the Wakf Boards to function under the state government and take decisions pertaining to management and maintenance. The act was further amended in 1959, 1964 and 1969. Based on the report submitted after layers of research in many phases, the act was amended again and passed in the parliament as The Wakf Act 1995. 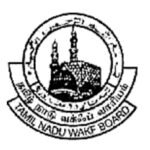 According to this definition, there are 2,194 audited and 4,507 unaudited Wakfs in Tamil Nadu. It is pertinent to mention that these unaudited Wakfs are also managed by the State Wakf Board. Every Wakf is mandated to submit proper accounts and Wakf Board is legally empowered to penalize the wakfs violating the auditing norms.

The Wakf Board is tasked to document the creation, revenue, objective and beneficiaries of every Wakf under its purview in addition to maintaining all the Wakfs under its jurisdiction.

The Wakf Board supervises all the Wakf properties, revenues accrued from them, and auditing of the Wakf accounts, and approves the revenue and expenditure accounts of all the Wakfs. Based on Wakf Board Act, the board decides on the appointment of the trustees of Wakfs and dismiss them when their performance is not satisfactory.

Apart from these tasks, the Wakf Board is also involved in channelizing government funds to repair damaged Wakf properties, construct compound walls of the properties, provide pension to priests and provide alimony to divorced Muslim women under the Muslim Women Protection Act 1986.

In spite of being aware of all these facts about Wakf Act and the functions of the board, a vicious propaganda is undertaken to create a perception that Muslims are managing the mosques while Hindus are denied such privilege to maintain their temples.

For sake of argument it can be said that Christian institutions are managed by Christian organizations. But it should be noted that none of their properties are bought by the government. They have been created and constructed by the Christian organizations from scratch. A demand to regulate them like a Wakf Board could be a democratic one. But it can’t be deemed right to reverse something which has been developed over the last 60 years. We can’t go back to the past in history.

If Hindus have to maintain Hindu temples, the question now arises who are there in Hindu Religious and Charitable Endowment Organization that manages the temples. An IAS officer has been appointed as the Commissioner of HR & CE under 1959 Tamil Nadu Hindu Religion and Endowment Act (amendment 39/1996).

There are 11 zones, 28 divisions under HR & CE in Tamil Nadu. Every zone is administered by a Joint Commissioner while every division is administered by an Assistant Commissioner. Every staff starting from conservancy worker to top level commissioner are Hindus, a fact which is conveniently whitewashed to project the demand that Hindu temples should be given back to Hindus. The act pertaining to it was passed as soon as the HR & CE department was constituted. Tamil Nadu Hindu Religion and Charitable Endowment Act, Chapter 2 mandates all the enforcing officials and others, or any worker in that case, should be a practicing Hindu for the appointment. Based on this law, everyone including the minister is appointed for HR and CE department. A recent high court judgment once again affirmed this law.

It is evident that Hindus are maintaining Hindu temples through the Hindu Religious and Charitable Endowment for last 61 years. The real reason for the demand to hand over Hindu temples to Hindus is resentment that officials from scheduled castes and backward castes are appointed as the administrative officials of temples. It is clear that today’s talk against government control of temples is only to enable higher castes getting control of temple properties which were enjoyed by them all through history.

Read the concluding part of this article here

Today, when India is approaching the 75th year of its Independence, clear, categorical and influential voices are heard in the public sphere demanding freedom for Hindu temples from the clutches of the government. But if we hark back to the time when the British...

END_OF_DOCUMENT_TOKEN_TO_BE_REPLACED