As time runs out for Sasikala, she makes a splash

In a symbolic move indicating that Jayalalithaa’s aide V K Sasikala was preparing herself for a legal and perception battle for control over the AIADMK, she pulled off a coup by unveiling a plaque at MGR’s T Nagar residence calling herself ‘party general secretary’ and spent time at his Ramavaram residence with his relatives and the kids of the MGR school for deaf and dumb created as per his will.

A case still lies in the court over her claim to be party general secretary as she was unanimously elected the party chief and as legislature party leader after Jaya’s death. Her political moves over the last two days including visits to the mausoleum of Jaya. something which she was prevented from doing during the last days of the Edappadi Palaniswami government in Tamil Nadu. The AIADMK government then also sealed the premises of the Poes Garden residence of Jayalalithaa after a brief ceremony to mark the conversion of her house into another memorial. The move was seen as an attempt to prevent Sasikala from occupying the Poes Garden residence.

Although it was clearly visible that she was not able to draw huge crowds (having kept AMMK leader and her nephew TTV Dinakaran away from her engagements), Sasikala had clearly chosen to target the visual media for the projection. It was the clever use of the digital media that marked her subtle campaign. If it was a script, it was carefully drafted and cleverly enacted, as Sasikala garlanded the MG Ramachandran’s statue and portrait of his wife V N Janaki at his Ramapuram residence, hosted lunch for kids, spent time at the Deaf and dumb centre established under the will of MGR, hoisted the AIADMK flag at his T. Nagar residence, and unveiled a plaque which described her as ‘party general secretary’, while she was hailed as “Puratchi Thaay’ (Revolutionary Mother) just as Jayalalithaa accepted the title ‘Puratchi Thalaivi'(Revolutionary Leader) after the death of MGR (Puratchi Thalaivar).

The ease with which Sasikala was allowed access at the Ramavaram residence of MGR and at his T. Nagar house, which were besieged by party cadre, showed the enormous prepration made by her to steal the show on the occasion of commencement of the AIADMK’s golden jubilee celebrations. She spent time with relatives of MGR at the Ramavaram residence, indicating that she had achieved success in networking with some of MGR’s relatives and confidantes.

It was also symbolic that she chose to garland a statue of Janaki at the Ramapuram residence, whose sacrifices had been ignored by the mainstream of the AIADMK leadership.

It was a coup of sorts at the MGR-Janaki residence which has enormous emotional connect with the AIADMK cadres and MGR fans.

Sasikala, who was eased out of the AIADMK years ago by Jaya in 2011, paid homage at the mausoleum of former party supremo J Jayalalithaa in Chennai, and cryptically remarked that she had ‘unburdened’ herself while the party had a bright future.

However, time is running out for Sasikala as the AIADMK leadership has prohibited contacts with her and warned party men of immediate expulsion from the AIADMK if they met her. Not many second-rung leaders have summoned the courage to publicly acknowledge their support to her. Fear of reprisal and expulsion have created a stumbling block for Sasi. 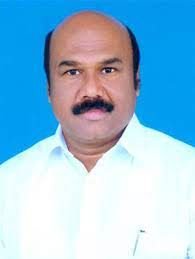 “Be it yesterday, today or tomorrow, Sasikala has no place in the AIADMK.” — D Jayakumar

The party founder MG Ramachandran and late supremo Jayalalithaa lived for the party workers and the people of Tamil Nadu and she was confident that they would “save the party and cadres”. While paying homage, Sasikala, who appeared emotional and meditative, closed her eyes and also paid floral tributes at the mausoleums of MGR and Dravidian icon CN Annadurai and offered prayers at a temple.

Sasikala made a public appearance several months after her release from a Bengaluru prison following conviction in the Disproportionate Assets case against Jaya, Sasikala and two of her relatives. She was received by enthusiastic supporters who chanted slogans like “Puratchi Thaai Chinnamma” and “Kazhaga Kaaval Theivam” and “Thiyaga Thalaivi”. A significant aspect of the Sasi show was the use of the AIADMK in the car bonnet.

While she travelled in a car, the bonnet of which sported an AIADMK flag, several of her supporters too waved the official flag of the main opposition party.

Sasikala had announced her decision to go on a tour of the State, to mobilise public opinion and party cadres, which plan was criticised by AIADMK spokesman and former minister D Jayakumar.

The announcement of Sasikala as Puratchi Thaay’ (revolutionary mother) by her supporters is another clever plan to project her in the midst of the AIADMK cadres. The call of Puratchi Thaay is very close to that of Puratchi Thalaivi. Therefore, the choice of the title is also a calculated move to cast her in the Jaya mode. Her speech was largely extempore, where she even managed to score over Jaya.

However, Jayakumar said Sasikala had no right to use the party flag and unveil a plaque calling herself ‘general secretary’, and that her visits to the mausoleum and MGR’s residence would have no impact on the cadre. But this was met with heavy criticism from Jayakumar, who made it clear that despite Sasikala’s attempts,

On the Sasikala programmes, Jayakumar said they were of no significance as she neither enjoyed the support of party workers nor the people. Scores of people everyday visited the mausoleum of Jayalalithaa to pay homage, and Sasikala is one among them, he said. “No one will regard this as a historic event. Her visit will have no impact.”

“Be it yesterday, today or tomorrow, she has no place in the AIADMK,” said Jayakumar.

He added that Sasikala and her clan were a ‘rejected’ lot and their attempt to create ‘confusion’ and derive mileage to ‘take control’ of the party would remain a daydream.

In a land where theatre and melodrama rule the roost, Sasikala will continue her campaign to occupy centre-stage in the party relying on image-building and the projection as a close ally of Jaya. The process could take months but she will be blocked every inch of the way by Edappadi Palaniswami in particular. The losses suffered by the AIADMK in the recent local body elections in the State, has come as a huge advantage to the Sasikala supporters. The stage is set for a battle royale between these two groups.