The buildup is there. Bigg Boss 5 kicked off on October 3 with Kamal Haasan saying viewers should expect the unexpected. The critical views of Abhishek, a participant, on Bigg Boss have gone viral on social media. Though this season promises to be different, what is sure is that the voyeuristic pleasure that Bigg Boss typically gives to viewers will be there in full measure.

When it’s on, Bigg Boss makes news. Bigg Boss sets off a guessing game on social media on the fate of the participants. Professional social commentators as well as enthusiastic amateurs on social media get ready to analyze the previous day’s happenings. As the chatterati and social media gear up for Bigg Boss, it may be time to ask if the program is of any use to society at all?

We publicly disavow peeping through our neighbour’s window but many of us like to do it, in secret. Bigg Boss serves that appetite. This is the core of the program. This is what drives its ratings. 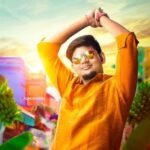 Bigg Boss in Tamil started on June 25, 2017. It may sound an irrelevant coincidence that Indira Gandhi declared Emergency on that date. What may be said to be common is that both disrupted our lives in good measure. Emergency harmed society, it is now agreed. But Bigg Boss, under the garb of entertainment, kindles the basest of our instincts.

So why do we watch Bigg Boss then? A feature of the program is that the participants are drawn from all walks of life. In the fifth season, a transgender is among those in the house. Others include an urban folk singer, model, film actor, TV anchor, serial actress, Tamil living abroad and so on. The range is wide enough to draw in every member of the family.

What Bigg Boss also does is to demystify celebrities. While most of us have an idealized image of a celebrity, Bigg Boss shows them as all too human. This gives us a little comfort. What Bigg Boss truly represents is often swept under the carpet by the presence of an apparently socially conscious celebrity like Kamal Haasan. The danger of such a program is therefore greater. For this reason, those who care for society often baulk at watching Bigg Boss and refused to get drawn into it.

Many others are eager to know more about celebrities. But they cannot go behind celebrities to know about their crushes and sweethearts. Bigg Boss offers us a chance to know this from the comfort of their homes. Those who agree to strip themselves on Bigg Boss do so in exchange for money and enhanced celebrity. But this doesn’t set healthy standards for society. Bigg Boss puts in the open inner feelings and urges and has society at large discuss them. The program then tries to create the impression that all the eyes of Tamil society are on the Big Boss house. 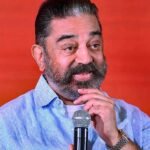 Does Bigg Boss go beyond entertainment and help to create self-awareness among others? Kamal Haasan will have us believe it is so. For Kamal Haasan, Bigg Boss is a platform to present his political stances.

He also gives a suggested reading of books, apparently trying to show that the show is useful. Bigg Boss is supposed to be a self-help program, one in which viewers journey with the participants to discover themselves. The key question to ask is if that is even possible in the Bigg Boss context?

The program is all about hyping sensual urges and the viewers are also invited to participate in those dramatic escapades, albeit vicariously. The first season featured the Oviya-Arav love and the medical kiss that followed. Second season had the Mahith-Yashika love, third has Losliya-Kavin romance, and the fourth had the Balaji-Aari conflict. The claim is that these are natural happenings although discerning viewers suspect they are all simulated.

Participants are in awe of Kamal and they are intoxicated to be in the program under his watchful eyes. Being with Kamal Haasan is a pleasure that is offered to viewers, too. Bigg Boss certainly drives up the dopamine levels in us. For that reason, it offers us little chance to lead us on the path to self-realization.

It would require tremendous self-awareness to look inside, compare, analyze and then take that step towards self-realization. People endowed with such qualities don’t need Bigg Boss. Such people are often turned off by Bigg Boss’ fake realism, celebrity focus, and commercialism.

At the end of the day, Bigg Boss leverages the hypocrisy in society. In Tamil Nadu, households wouldn’t subscribe to film magazines but people would whet their appetites for cinema news through popular weeklies that would indulge them. In its essence, Bigg Boss’ success is based on this hypocrisy. Nothing more, nothing less.