The ancient Tamil epic, Manimekalai composed by poet-saint Chithalai Sathanar describes how a small island nation then called Manipallavam located across the Palk Strait faced severe famine marked by an acute shortage of food and water. Manimekalai was a beautiful dancer-turned Buddhist (Theravada) nun who sailed across the strait to serve the destitute people with her magic bowl (Akshay Patram) that fed hundreds and thousands of people.

How does this story relate to the present context? The recent food crisis in Sri Lanka is seemingly alarming. A lot has been written about the causes of the current food emergency in the Island nation. But, there are hardly any insights to help the nation which has an umbilical relationship with India.

While pondering over the crisis and chaos, it emerged that there’s enough to discern from the historical ancient literature that could offer a permanent solution not only to the current problems faced by the nation but also help it regain its glorious past of abundance and prosperity.

Sathanar’s Manimekalai helps us understand the problems from a holistic perspective and to devise a pragmatic policy plan, not only to overcome the crisis but also to prevent any such crisis to occur in the near future.

While explaining the virtue of feeding the hungry to Manimekalai, the Goddess Deeva Thilakai explains two phrases that are worth reading to explain the recent food crisis in Sri Lanka as well. 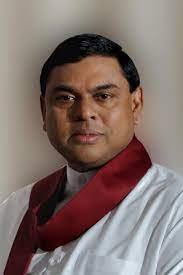 One of the key reasons for the current crisis is the gradual depletion of Sri Lanka’s foreign reserves due to mounting foreign debt. According to the government sources, there has been a significant dip in reserves from USD7.5 bn to USD 2.8 bn ending July 2019, before the pandemic period. Many analysts have said that Sri Lanka has been “debt-trapped” to China under the infamous Chinese “Belt and Road Initiative” (BRI) which has built several mega infrastructure development projects such as the Hambantota Multimodal Port project. The country now has a mounting debt of USD4 bn with interest while domestic revenue receipts are quite dismal. Sri Lanka used its borrowings to beef up its foreign reserves to make other repayments against imports of food and agro products. Lack of policy planning, transparency and institutional weakness have rendered Chinese investments non-performing assets.

Ironically, the BRI per se is being criticized for opacity and rigidity. Either way, there is a dearth of virtue in Sri Lanka’s bilateral trade with China. The major share of Sri Lanka’s foreign reserve goes to import cereals, starches, cheese, butter, chocolates, mobile phones, fans, TVs, apples, oranges, grapes, beer and wines. It also needs about USD100 mn for essential food imports every month for items such as lentils, sugar, onions, potatoes, spices and cooking oil. For instance, it imports cereals from the US worth USD33.4mn and sugar from Thailand amounting to USD35mn in a year. The finance minister Basil Rajapaksa informed the parliament last week that Sri Lanka’s expenditure is higher than the revenues, which traditionally come from three main sources: customs, excise and inland revenues.

The so-called rice bowl of Sri Lanka, the eastern province, was severely affected by the civil war. Moreover, lack of proper policy to support agricultural and allied productivity, fertilizer and labor shortage or migration to urban areas or abroad have further worsened the situation.

India can be a solace

It is said that every crisis offers an opportunity but only the wise would be able to see and grab that. The current crisis or emergency is not only an eye-opener for the present government of Sri Lanka led by the Rajapaksa family but also teaches two important lessons to the people of Sri Lanka. First, if your country’s trading relationship with another country is not virtuous yet if you continue to do business, it will lead to economic collapse. Sri Lanka should review its trade relationship with China under BRI projects that are opaque and high-risk. To reduce its over-dependence on imports from European and Southeast Asian countries, Sri Lanka must reset its trade relationship with India, the ideal traders in virtue.

It is quite feasible to build strong physical connectivity between Sri Lanka and India and Tamil Nadu can play a significant role to bridge the trust gap. The current political dispensation in Tamil Nadu must explore all options to review the traditional sub-regional trade between Colombo and Chennai and can work out a framework to enhance their connectivity. This will help the war-torn northern and eastern provinces of the country to reactivate its economic vibrancy with the animal spirit. One way to start this could be to have a joint conference of the Chennai and Colombo chambers of commerce exploring the cross-strait trade possibilities and enhance the frequency of multimodal connectivity.

There are political incentives to Chennai, New Delhi and Colombo for facilitating sub-regional cross-strait trade relationship. For New Delhi, this would strengthen Indo-Sri Lankan strategic relationship besides boosting its Act East Policy. Colombo will immensely benefit from such cooperation through steady Inland Revenue generations because of more investments in agro-industries. For Chennai, it’s a golden opportunity especially for the MK Stalin led-DMK party which has been depicted as a traitor to Tamil’s cause in Sri Lanka since it could not prevent the casualties at the fag end of the civil war despite being part of UPA in 2009. It will also help DMK to make Chennai the Shanghai of South Asia. If there is political will in New Delhi, Chennai and Colombo, this will be easy as pie.