The writer of the book, Thalaivi, upon which the Kangana-starrer is based is now all praise for the makers of the film. Having criticized them earlier for taking too many dramatic licenses, Ajayan Bala says he has been intimately involved in the story discussions and the dramatic elements are not beyond limit and do not take away the truth-telling aspect of the film. Bala believes Tamil film audiences have matured enough to take an objective view of their leaders who were, not too long ago, deified. Below is the Q&A with Ajayan Bala

Q: Are you happy with the film adaptation of your book, Thalaivi? To heighten the drama, the film departs from fact.
A: I am 100% happy. I am not only the writer of the book, Thalaivi, but I am also a script writer. I helped to develop the screenplay of several of director AL Vijay’s films including Madrasapattinam. I helped to develop the screenplay of Thalaivi also. When you convert a book into a film you need to add some drama. There should be a limit to how much drama is to be added and it should also be truthful. I was very particular about this. I also paid attention in tamping down the “masala” elements. 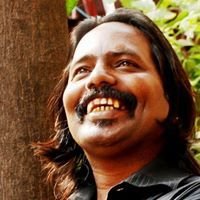 “The events in Jayalalithaa’s political life were so interesting and had so many twists that it was enough for us to show them truthfully.” — Ajayan Bala

As the writer of the book, I was firm on a few things. I was particular that the political happenings should be sequenced as they unfolded in real life. That’s because those events are recorded facts. Those facts, in and of themselves, are interesting and had enough twists and unforgettable scenes that no drama needed to be introduced separately. Director Vijay was also keen on this.

You have to remember that Thalaivi is a pan-India film. Its reach is vast. Therefore one cannot avoid building up the drama.  During the story discussions, I saw the creative brilliance of Vijayendra Prasad, father of director Rajamouli. It helped to make the film a success.

Q: It seems as if the energy in MGR and Jayalalithaa is lacking at some places?
A: That’s not true at all. If you take Kangana, for instance, she is from Himachal Pradesh. Jayalalithaa was from the south. They were poles apart culturally. We could have done some prosthetic make-up and made her look like Jayalalithaa but we didn’t do that. Kangana acted as a woman, from her heart. Her performance is outstanding. There are two places where she truly stands out in portraying Jayalalithaa as a woman leader. When she dons the AIADMK colours in her saree and walks into the party office for the first time, as well as when she gets down from her car to walk while campaigning when MGR was ill, she does a certain walk. It’s the walk of a woman who has been empowered, which is a key theme of the film.

Arvind Swamy is also similar. He could have been a replica of MGR and easily adopted his slapstick movements. But he didn’t. Arvind Swamy not just acted but lived the character of MGR.

Q: The film ends with Jayalalithaa becoming chief minister. Can there be a Thalaivi 2?
A: We can definitely do a Thalaivi 2. But the tempo will not be the same. The heroic elements may be missing and the woman empowerment angle may not be as strong. It will be like a portraiture. Thalaivi 2 will be a leader who faced many problems. If the audience is such that it can accept a film as a film and history as history, then a sequel is quite possible. The audience should be able to accept Jayalalithaa’s good and bad from a third person’s point of view as in the film.

Q: Can Tamil filmgoers take an objective view of their leaders? Or are they still gods and goddesses?
A: They will. Even in this film, we have not really given a divine image to Jayalalithaa. We have brought out the darker shades, too. It is just that in her real life she was a super hero. We have shown that in the film as well as her stubbornness and other darker elements.

There are many such stories in our state. All our leaders have their good and bad. If people are mature enough to accept all the elements, we can make powerful films.

Q: How has the reaction been?
A: It’s been only a few days since the movie was released. Each one will look at the movie through their own point of view. There is bound to be criticism as well as praise. We are mature enough to accept them all.