O Panneerselvam: How No 2 never becomes No 1 in kazhagams

The predicament of O Panneerselvam seems to be a pattern in the Dravidian parties. Nedunchezhiyan was permanently fixed at the second spot be it the party (DMK or AIADMK) or the government hierarchy and could never reach the top spot. He occupied the Chief Minister’s chair temporarily on three different occasions. O Panneerselvam seems to be in a similar situation now.

Under the demand for a single command, the two groups are at loggerheads in the AIADMK. One headed by Edappadi Palaniswamy and another headed by O Panneerselvam are vying for capturing the top spot. They stand divided and facing each other.  Edappadi Palaniswamy claimed the support of 2190 members of the General Council and was keen to get himself elected as the General Secretary at the General Council Meeting scheduled for 11th July 2022. On the other hand, to ensure that the scheduled meeting does not take place on that date, O PannerSelvam has been taking cautious steps to approach the courts for stalling the meeting. 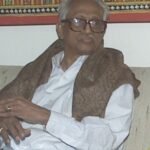 EPS seems to be having and enjoying the support of the majority of General Council Members. The AIADMK coming under a single command can possibly be delayed but not entirely stopped with the help of law, as planned by O PannerSelvam.  The possibility of O Pannerselvam capturing the top spot looks remote. At the same time, with the blessings and help of the BJP, he can get and probably succeed in getting the two leaves symbol of theAIADMK frozen for some time.  But even staunch supporters of O Pannerselvam have left him in the lurch at the eleventh hour and switched sides to EPS group. The efforts of the BJP towards arriving at a solution like the last occasion may not be fruitful.

Earlier the names of both EPS and O Panneerselvam figured prominently in the party’s organ but now the name of O Panneerselvam is missing. With increasing divide between both sides, it is very much evident that the only option available to O Panneerselvam is to accept the leadership of EPS which means to remain in the second spot and accept it. Nedunchezhian did it. Even Anbazhagan was clear that he was happy to be and deserving of No 2 position.

Nedunchezhiyan was permanently fixed at the second spot be it the party (DMK or AIADMK) or the government hierarchy and could never reach the top spot. He occupied the Chief Minister’s chair temporarily on three different occasions. O Panneerselvam seems to be in a similar situation now

While even the DMK had Anna and Sampath acting as two barrels of a gun, when the request for a separate Dravida land was dropped by Anna, Sampath who had differences with Anna decided to leave the DMK to form his own Tamil Desiya Katchi. Sampath later joined the Congress Party.  When Vaiko left the DMK, he could not capture the DMK but had to form his own separate party, the MDMK. Somasundaram, who had differences with MGR left the party to form his own party – Namadhu Kazhagam which later, merged with AIADMK. Though being a senior founder member, Anbazahagan, accepted the leadership of Karunanidhi and continued sincerely in No 2 and managed to be its General Secretary till his demise.

AIADMK heads for another split; die cast for formation of AIADMK (EPS) and AIADMK (OPS)

EPS dominates but OPS has legal grip over AIADMK party

Thambi (Brother) Welcome! Lead the Party! Was the command of Anna to Navalar Nedunchezhiyan during Anna’s period and occupied the post of General Secretary. While departing from the Dravida Kazhagam and starting a new political outfit named Dravida Munnetra Kazhagam, Anna left the post of president vacant to be occupied by Periyar.  While winning the Assembly elections with his alliance partners in 1967 and forming the government, the untimely death of Anna in 1969 brought in Nedunchezhiyan as the interim Chief Minister.  But the majority of his party preferred Karunanidhi and supported him. Since even the then powerful member of the party, MGR supported Karunanidhi taking over as Chief Minister, Nedunchezhiyan had to withdraw from the fray, paving the way for Karunanidhi to take over as CM. Nedunchezhiyan took a stand that he would not be part of the government but as he wanted to occupy the numero uno in the party, he was determined to contest for the post of general secretary.  In the meeting organized to felicitate the ministry under Karunanidhi, MGR put forth his view that the person occupying the CM post should also head the party. Had Nedunchezhiyan been the General Secretary and Kalaignar the Chief Minister, there was every possibility for dual leadership. In that scenario, a compromise was worked out that Karunanidhi would be the President while Nedunchezhiyan could continue as the General Secretary.  The role of the General Secretary was also suitably modified in the party rules in such a way that his duties had to be carried out in conjunction with the views and opinion of the president.  But, being the head of the government and also by being the president of the Party, Karunanidhi outsmarted Nedunchezhiyan and occupied the number one spot. The two settled their issues and Nedunchezhiyan joined government to occupy the second spot.

As long as MGR and Jayalalitha were alive, it was always their solo leadership that ran the party and they both were unassailable leaders

After the ouster of MGR from the DMK, the AIADMK captured power to pave way for MGR to take over as Chief Minister.  Being stuck in the second spot in the DMK, Nedunchezhiyan, later started his own breakaway group called Makkal DMK and later merged it with the AIADMK. Joining the cabinet of MGR, he ended up with the second spot.

As long as MGR and Jayalalitha were alive, it was always their solo leadership that ran the party and they both were unassailable leaders.  When Jayalalitha was convicted in the Disproportionate Wealth Case and could not continue as CM, O Panneerselvam was appointed to temporary lead as CM by Jayalalitha herself.  Even after the death of Jayalalitha, he was the interim Chief Minister. After getting herself elected as the General Secretary and Chief Minister appointee, Sasikala was convicted in the Disproportionate Wealth Case and sent to jail.  Still the post of Chief Minister did not land in the lap of O Pannerselvam. Edappadi Palaniswamy was selected as the Chief Minister.  O Panneerselvam who carried out a Dharmayudham, after the intervention and mediation of BJP, joined the Government as Dy Chief Minister and Coordinator in the party and his deputy coordinator was EPS.  In all the public platforms, they put on a show of unity that they would behave like brothers, co-ordinate the activities of the party as we do not have any differences between us. But tensions were always simmering between the two.

After the electoral debacle suffered by the AIADMK, they had to sit in the opposition benches and even here O Panneerselvam could not become the Leader of Opposition.  EPS successfully captured that post. Having tasted success in capturing the seat of Chief Minister, EPS is keener than ever to capture the party organization too. The untimely walk-out by O Panneerselvam during the course of General Council Meet is an indication of him deserting the party itself.