Can civilians take out crime investigations?

A few months ago, a newspaper cutting of a senior police official calling the public to participate in the investigation of unsolved cases went viral. The social media post said that there are 15 unsolved murder cases and three cases of murder for gain in the central zone of Tamil Nadu. The official invited people with interest to take part in the investigation. The social media post also provided phone numbers to contact.

But, can the public solve crime cases, especially murders, in India? Does the law permit non-uniformed civilians from taking out an independent investigation? Can police indulge such individuals in investigation of unsolved murder cases?

Under normal circumstances, police find the culprits or murderers within weeks. The motive would also be unearthed though it would take some time for the police to arrest the accused. Behind unsolved murder cases, there are unseen forces. If a murder case prolongs without the murderer being found and his motive, it means  unseen forces are working to stall the investigation.

The victims’ families would have become hostile to the investigation fearing backlash from killers. The murderers may have significant political clout and may use their weight to halt the investigation process. Even the police would be conniving to save the killers.

But, can the public solve crime cases, especially murders, in India? Does the law permit non-uniformed civilians from taking out an independent investigation? Can police indulge such individuals in investigation of unsolved murder cases?

Police need public participation to solve murder or any criminal cases. The question here is if the public can be directly involved in the investigation process.

Many may have responded to the advertisement offering participation. Some would have even studied criminal law and procedures of crime investigation. What would be the outcome of such a venture? 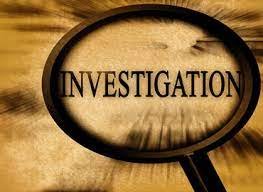 There are cases in the past where individuals embarked on private investigations and lost their lives. In one such case, it led to a chain of murders. Our readers may be thinking about what is wrong with the approach of asking public support to solve unsolved murder cases.

For long, the police have depended on the public to solve cases. But the department never involved any commoner in police investigation directly. Law does not permit such an initiative. People can give important tip-offs to investigation officers. The department would keep their details secret. The informants would be rewarded too.

The Code of Criminal Procedure and Police Standing Instructions mandate certain procedures in crime investigation. The First Information Report (FIR) should have an investigation officer (IO) assigned for the case. The law permits only that official to take out the investigation. The details of subordinates assisting the IO should be mentioned in the Daily Situation Report (DSR). The case progress should be reported to the senior officer. A written order should be obtained when the IO or the senior officials want to form a special team for the case.

For long, the police have depended on the public to solve cases. But the department never involved any commoner in police investigation directly. Law does not permit such an initiative.

Moreover, the investigating officer, his subordinates and special team members should appear before the court to present evidence. Any effort to violate the above orders would be termed illegal. When police attempted to hand over some of their duties to the public in the past, it backfired. For instance, there was an organization called Friends of Police. Though started with good intention, the organization members went rogue and ended up committing crimes or acted hand-in-glove with the culprits. It had to be banned eventually.

The public will come forward when they see police acting efficiently in the crime investigation. When they are convinced that the police are honest and do their duties as per the book, they will come forward to assist in whatever way the law permits.