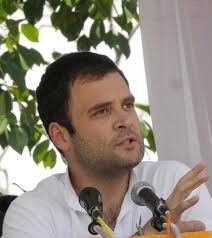 Congress 3, BJP 0. This amazing scorecard of the elections to five States on December 11 has opened up the fight for the 2019 Lok Sabha elections on a totally new frontier, with the Congress delivering a death-blow in the Hindu, Hindi heartland of Rajasthan, Madhya Pradesh and Chhatisgarh.

Rahul Gandhi has thus delivered the knock-out punch to Pm Modi in his first-ever direct face-to-face bout in these three vital states in the cowbelt  generally regarded as BJP’s fortress.

These are not just three States. They represent the window to the powerful Congress  attempt to breach the BJP fortress and lay the foundation for a powerful assault to capture the Red Fort.  For the first time since Modi came to power in 2014, the BJP has lost in direct fights with the Congress.

Modi, who was described by a section of the media as invincible, has been crushed by the Congress juggernaut in three States. As the past has shown, a strong performance in Assembly elections in a State tend to be carried to the Lok Sabha elections as well if held within a year. History has also shown that the honeymoon period normally prevails for at least a year. Thus, the Congress would seem to have gained at least 30 Lok Sabha seats in these three States. Counting the BJP’s loss of 30 seats and the natural acquisition of the same by the Congress, it means an effective gain of 60 seats for the Congress.

In a see-saw battle, the lead changed hands often in Madhya Pradesh, while in Rajasthan the gap narrowed in the afternoon, giving the BJP a glimmer of hope but the Congress pulled away in the evening to reach the  half-way mark. In MP< results were yet to be declared in over 80 seats but indications were that the Congress was holding on to its lead, and would form the government in MP too.

The three powerful and successful chief ministers of BJO, Shivraj Singh Chouhan, Vasundhararaje and Raman Singh, had to bow out of office, as they failed to secure the mandate of the people for another term.

While the BJP put on a broad face and said these adverse verdicts were not a reflection of any failure or unpopularity as far as Pm Modi was concerned, analysts pointed out that in all the three States there were clear reports of farmers’ distress and unrest, youths’ complaint of joblessness, while the effects of demonetization were still  being felt by the small and medium enterprises.

In that sense, the verdict in the three States is as much a disapproval of the BJP rule in the States as of the Centre’s policies as well. The charges against the PM with regard to the Rafale deal have also weakened his image as compared to 2014.

Rahul Gandhi’s success lay in providing the necessary space and freedom to the State leaders of the Congress in the three States, in contrast to the past when the High Command dictates terms to the State leaders. Rahul Gandhi also showed a willingness to take on the PM, and raise issues relating to the Centre’s policies which seemed to have gone home with the people in the three States.

The result in Telangana, however, was a major setback to the Congress and its new ally, the Telugu Desam Party, as the TRS galloped to a remarkable one-sided win. The Congress also went out of power in Mizoram, with its chief minister himself losing his seat.

On the other hand, the BJP is left licking its wounds in the three major States, especially in the Hindi heartland. There is little doubt that Rahul Gandhi has won the semi-final and set the stage for the final bout with the BJP in May 2019.