Dear farming friends, following last week’s column on the need for farmers to make their own inputs, I received several mails, messages and phone calls.

Seventy percent of those who responded said it was the right time for farming groups to take up such practices, but the sceptics demanded proof. 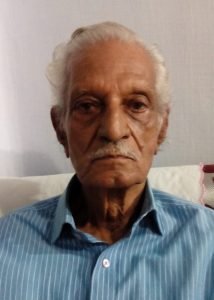 Those who didn’t think organic agriculture was viable asked me to show where it has proved successful.

Their argument: it is easy to make claims but to showcase working models or case studies is difficult. I thought the best way to tackle the issue was to reply through this column.

First, as I have already mentioned in previous columns, I am first and foremost a farmer, and only then a journalist. When write this column, I am sharing what I have learnt as a farmer over the years with you.

In my years as a journalist I have visited hundreds if villages in India. In my journeys, I have seen things which I can never forget; these have left a lasting impression.

One such experience was my visit to an NGO in Tirunelveli, Suvaseshapuram, called SANDS (Suvaseshapuram and neighbouring development association).

The late Dr. J.H. S. Ponnaya, a well-known figure from TNAU, Coimbatore was heading it. The grand old man was a strict disciplinarian, not only in his personal life but also in his interaction with farmers. Sands was working on organic farming, using Panchagavya among farmers in drylands.

Panchagavya is an indigenous preparation which was in use for hundreds of years. Over time, it fell into disuse and it was left to Dr. K. Natarajan from Kodumudi, Erode to revive it. Dr.Natarajan revived knowledge of Panchagavya passed it on to farmers. He still lives in Kodumudi and has his own hospital there. He also advises his patients to consume Panchagavya (in a modified form called Amruta Sanjeevini) to make them healthy. It is his belief that not only crops but humans can also benefit from it.

If you google, you can get information on him and also Panchagavya so I need not go into much detail on how it is made.

Well Dr. Ponnaya was convinced of its utility to farmers and started training them, but he did not stop with that. He personally used to visit all the 120 villages under the Panchagavya scheme once every fortnight.

When I met Dr. Ponnaya some years back, he was 83, and at that age to be traveling is no joke.

But the main point here is all the villages under the scheme were drought ridden. The rains could not meet the water demands for the crops. There was no proper irrigation facility and wells were bone dry.

Dr. Ponnaya’s theory is that Panchagavya is not only a good input for growing healthy crops but can also help crop growing in dry lands. By using it, farmers can easily cut 70 percent of their expense from not buying pesticide and fertiliser.

Those who know and have experienced the efficacy of Panchagavya will vouch for it.  It is the basic input if one wants to take up organic farming. As a farmer, I have used it and words cannot describe its immense benefits on crops. As a journalist I have written and and continue to write about the wonder input.

Let me share with you two interesting tidbits. How many of us know that panchagavya can stop bud fall in coconut or that it can boost flowering of jasmine? If you have a terrace garden just use it, and see your plants bloom. Remember to mail us your feedback.

Dr. Ponnaya’s theory is that Panchagavya is not only a good input for growing healthy crops but can also help crop growing in dry lands.

While one rediscovered Panchagavya, the other proved that good harvests are possible even in dry lands using it.

But what is surprising is that this local and efficient input is still not popular in North India. While they make other inputs, Panchagavya is still not known in the North or North Eastern parts of our country.

TNAU, Coimbatore has done a scientific study on use of Panchagavya and its benefits. They have a sales counter where this is being sold to farmers.

Friends, we have this precious gift in our hands and it is upto to us to either make use of this elixir or ignore it.

Till next week, then.