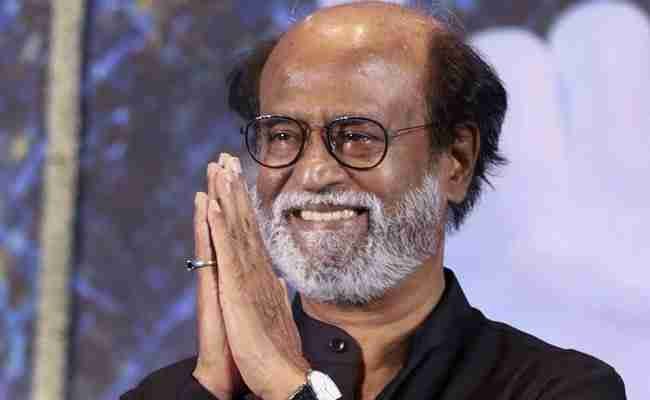 Rajinikanth’s statements indirectly justifying police action in the Thoothukudi Sterlite issue, praise of some work by the AIADMK government especially that of School Education Minister K A Sengottaiyan, are typical strategies of the actor to have the State government on his side since he needs support for the release and smooth run of his films.

For a brief period during Jayalalithaa’s first term as chief minister when Rajni, upset over irritants like his vehicle being stopped for police check near his residence (which is close to the house of Jayalalithaa), Rajni opposed the State government. His statements about deteriorating law and order situation in TamilNadu, corruption in AIADMK rule, a television interview that even God cannot save the state if Jayalalithaa returns to power in 1996, helped create an anti-AIADMK wave in the 1996 general elections.

However, during Jayalalithaa’s second term from 2001-2006 saw Rajni going soft on her. Immediately after she assumed office as CM, Rajni sent her a bouquet to convey his good wishes. Later, at a public function got up by the film fraternity to felicitate her, Rajni heaped praise on Jayalalithaa, calling her an Ashtalakshmi. The AIADMK Government issued an order to permit raising theatre rates for a Rajni film for a brief period – in the first week to enable collection at higher rates thangallowed. This enabled huge collections in the first week of release.

Recently, the AIADMK government too helped Rajni by issuing a G.O for the film Kaala, enabling extra shows on June 8 and 9, ahead of holidays on June 10 and 11

Recently, the AIADMK government too helped Rajni by issuing a G.O for the film Kaala, enabling extra shows on June 8 and 9, ahead of holidays on June 10 and 11, thus allowing five shows a day for four consecutive days, during which period distributors collect maximum revenue from the release of a movie.

From 1994 to 1996, it appeared that Rajni would extend all-out support  to G K Moopanar but later after the DMK came to power in alliance with the TMC in 1996, Rajni went out of the way to appease Karunanidhi by lavishing praise on him and M K Stalin. This was a strategy to ensure that his film had a smooth release without disruption through protests by fringe groups or the PMK, and also enable higher collections in the first week of release.

During Jayalalithaa’s rule from 2001-2006, Rajni limited his meetings with Karunanidhi and was seen, along with his mentor, as a supporter of BJP and the AIADMK. There were no statements against Jayalalithaa’s leadership then.

After Karunanidhi came back to power in 2006, Rajni was again seen often with MK, sharing the stage with him on important occasions.

Though Rajni made one or two critical remarks about the present AIADMK government led by Edappadi Palaniswami, he has also issued statements or made comments praising its work in some areas.

His recent  statement, during an interaction with the media, welcoming the Salem eight-lane highway project at a time when most parties have opposed it, was welcomed by AIADMK ministers. An AIADMK minister even thanked Rajni for his support.

Those who have followed Rajni’s film career closely, and also watched his statements as the leader of his new political party, are not surprised by Rajni’s statements in support of the ruling party, as that has always been a strategy except between 1994 to 1996. Even while being friendly with the BJP, he maintains his contacts with Congress leaders like P Chidambaram through PC supporter Karate Thiagarajan. Rajni is also in regular contact with leaders like Chandrababu Naidu in Andhra Pradesh and the film fraternity in AP, Karnataka and Kerala to bail him out if his film release is stalled or requires assistance.

Rajni surely knows which side of the bread is buttered. At the end of the day, his business interests come first. That is why, there is only lukewarm support to his political avatar. In many of his films, he plays the role of an angry man, who rebels against the establishment. In the real political world, as long as he continues to be active in films giving rise to a clash of interests, Rajni may not be a rebel at all.